In 2017 he launched his own company "Traders Craft Tech" 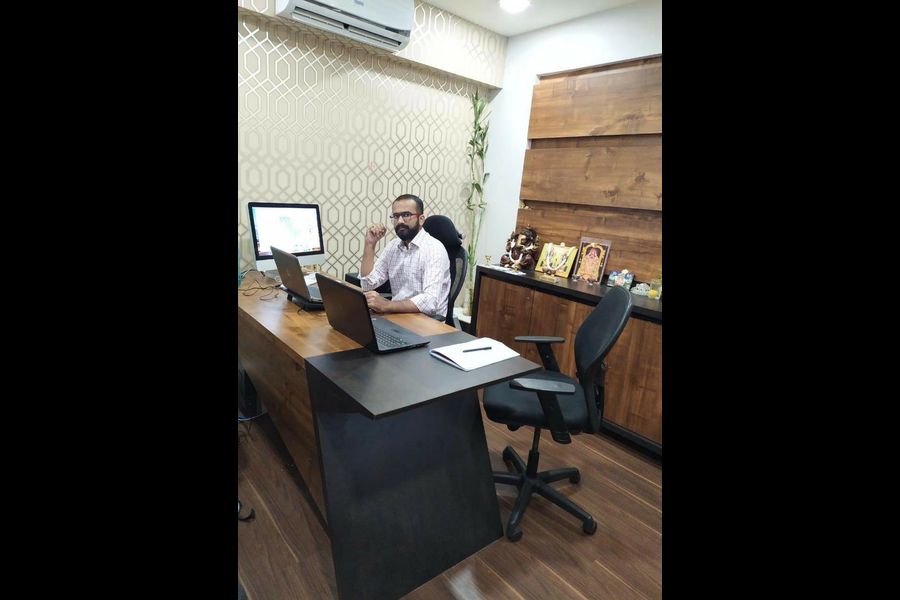 Chandan Vrushab perpetually demonstrated his entrepreneurial spirit and ability to add value to the lives of others at a young age. He was born in a middle-class family, who got a million dreams in his eyes. He never believed in classroom learning. He firmly believed that plants thrive in soil, not in textbooks, and comprehended the empirical approach which was more important than any college degree. So, he surrendered his life into this lifestyle with a dream to become successful and to be able to see a million smiles.

Chandan had a very logical approach since beginning, and always believed that when his friends were dreaming about Jobs in Multi-National companies, he was busy in deliberation to buy Equities for the same company which has given 300 times returns in just a few years, Life was not always a bed of roses for him, initially, after taking work experience, he commenced import-export business with just 50k in hand, it proved him extremely profitable. But he ended up with 1.5 crore debt in 2010. He never gave up and kept on believing in himself and his willingness and his efforts. He started all over again, with more enthusiasm and efforts to prove himself. And eventually working very hard and tirelessly, Chandan cleared his debt and made a profit of rupees 50 Lakhs, within a short span of just 14 months.

After 4 years of dedication and hard work he discovered, a way of earning from the stock market through his master technical abilities without any software or any signal. Then, in 2017 he launched his own company "Traders Craft Tech". Traders Craft Tech. has virtually trained common people from all over the world to predict the market and make out the money with sharp specialized & Proven strategies. Chandan Vrushab assured that anyone who has a technical understanding of the market and inferring skill can discern and master the art of trading and implementing to earn money. Now Traders Craft Tech is a brand in itself and is propagating with utmost efficiency having clients from all around the globe. He got multiple businesses from agro to robotics along with Traders Craft Tech and according to him Trading in the stock market is an art, and Traders craft tech teaches the evergreen skill in the global market.

He ensures that one can learn his strategy and smart fund management skill to earn money through the stock market. With the right tactics, one can even predict the market as he did about the recession back in august 2019 and also told about Yes Bank's dilution which is the outcome of his accurate predictability. Traders Craft Tech is the only company, or we can say Chandan Vrushab is the only alchemist in the world who has the accuracy of the predictability, about the current status & future data of the economy and global crunch back in August 2019. He guarantees that who so ever masters the art of trading from him, can recover his fees during the training itself. This is the proof of his excellence and hard work he did in his voyage of 10 years.

Thus, his entrepreneurial notion enabled him to come up with the extremely tremendous notions, and now Chandan Vrushab is listed in top young economist in the world who can predict the global market in this era and all the credit goes to his dedication, hard work, and patience for his dreams.

His work can be viewed at https://instagram.com/traderscrafttech?igshid=g72vkhdqhgxt Disclaimer: The views, suggestions and opinions expressed here are the sole responsibility of the experts. No Forbes India journalist was involved in the writing and production of this article.