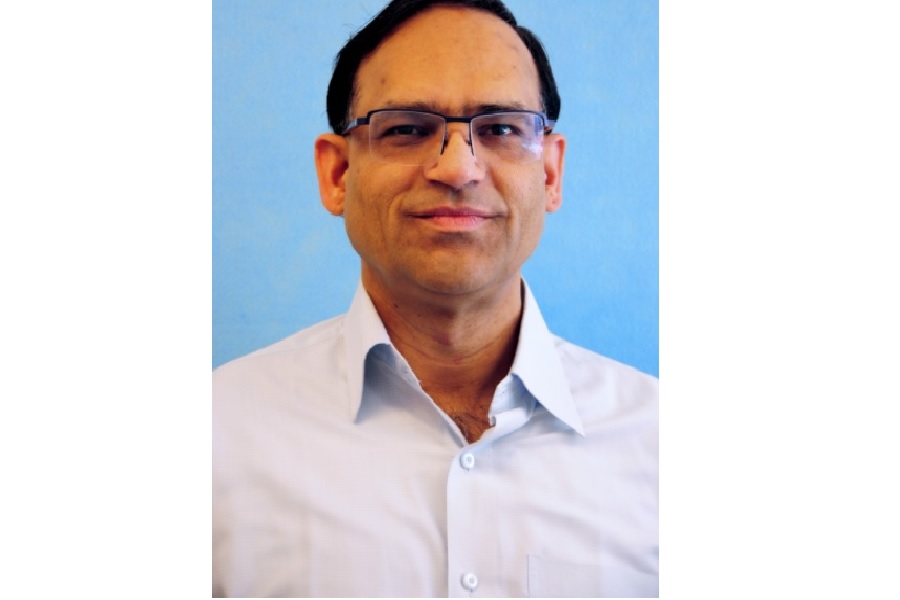 Dr. Anil R. Diwan is the Executive Chairman and President of NanoViricides, Inc., a global leader in the development of nanomedicine drugs against viruses.  His company recently identified NV-CoV-2-R as a drug candidate against COVID-19 and is in the process of filing a pre-IND application with the US FDA.  He started his first company in 1992 after studying biophysics and virology at the University of Connecticut.  Prior to that, he completed his bachelor's in IIT Bombay in chemical engineering.  For that year, he was ranked 9th all India in the Joint Entrance Exam.

NanoViricides has made enormous strides with its COVID-19 drug program.  In order to fasttrack NV-CoV-2-R, the company is presently manufacturing a clinical batch and setting up the clinical sites so that it can move forward as soon as it gets approval for its pre-IND application.  NanoViricides is also engaging sponsors to start a clinical trials program in India.

The most common approach to fighting viruses is the use of antibodies, but it requires about 8-10 antibodies to fully coat a virus particle. The antibody itself is not doing anything other than tagging the virus and making it known as a foreign object to the human immune system. Then the human immune system, the complement system and the cell-based immune system, all must come together and attack that antibody complex of the virus and do what they need to do to destroy it.

The second problem with antibodies is that viruses are learning creatures. They keep learning and changing, adapting to survive, defeating what is thrown at them.  Eventually, they learn to evade the antibodies.  The challenge with viral enzymes is the rapid mutation rate which is what is happening, for example, with HIV. Therefore, the only way to fight viruses effectively is to attack both lifecycle issues simultaneously.

Since the virus binds to the cell surface receptor, no matter how much it mutates, it binds to the same portion of the same cell surface receptor.  By copying that portion and creating a drug that looks like that “landing site” to the virus, every virus variant will bind to it with affinities changing a little bit here and there.  Most researchers will find that this method will result in a small reduction in the virus’s ability to bind to a cell and infect it.  Overall, this type of entry inhibitor approach is not thorough enough to neutralize the virus.

However, by taking many of these small “ligands” that bind to the virus and connecting them in a chain, the virus has many proteins on its surface with which it can bind. So if we put these small ligands on the single polymer chain at different points and now you have a structure. It’s a chain that can wrap around the virus. With a few chains taken together, you can neutralize the entire virus particle — in effect, caging the virus. This is the genesis of what led to NanoViricides as a company.

The binding of the virus to the cell is the first event.  After that the virus changes itself so that it is able to enter the cell. That change is a critical thing that disturbs the virus surface. After that, the virus surface fuses with the cell.  By destabilizing its surface, then the virus will be destroyed and would not be able to infect a cell any more.  Unlike other teams that have made rigid nanoparticles, NanoViricides uses a soft material that can reconfigure itself to coat around that virus particle. As the number of binding points increases, this material keeps pulling itself onto the virus surface, and so now it becomes like an oil slick on top of the virus.  This way, the virus is truly caged and destroyed.

In 2004, Dr. Diwan received his first US patent in nanomedicines.   He had received his initial virology training at University of Connecticut while studying biophysics which gave him a solid understanding of living systems. The crux of the technology that he developed afterward came from studying the biophysics of how RNA/DNA viruses form, how they attack the cells and go inside, the mechanisms involved, and how researchers can interfere with those processes to create effective antiviral drugs.

Dr. Diwan furthered a body of research that was started by Professor Robert (“Bob”)  Langer of MIT, Professor Ed Merrill, also of MIT, and Prof. Saltzman of Harvard University.  They had proposed PEG as a “magic molecule” biomaterial which paved the way for NanoViricides.

Since 2005, NanoViricides has raised $150 million.  Until last year, the company was focused on its drug candidate for shingles.  Having just completed safety toxicology studies, the company was nearly set up on the manufacturing front. With the COVID-19 outbreak, Dr. Diwan decided to put the clinical trials program for shingles on hold and to leverage the company’s expertise to deal with COVID-19 by going through an existing database of compounds to test for effectiveness against coronaviruses.  In a very short time, NanoViricides identified NV-CoV-2-R as the best candidate against the entire life cycle of the virus leading to the imminent start of clinical trials program in India.

NanoViricides Inc. is publicly traded on the New York Stock Exchange under the symbol NNVC. To learn more about NanoViricides, please visit nanoviricides.com