Hair Dye and It's Side Effects 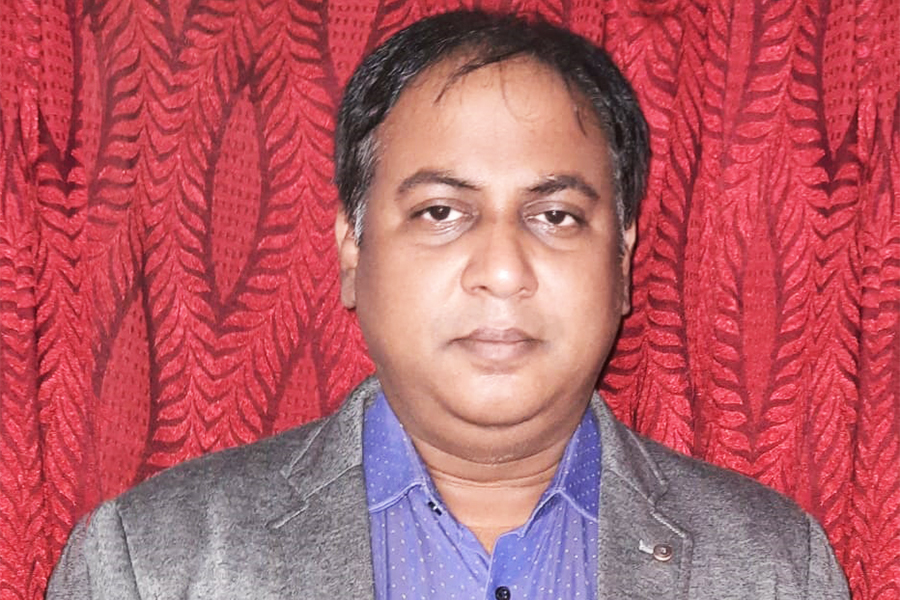 Introduction
Hair is an indicator of attractiveness, femininity, masculinity, health, and beauty. As society focuses more and more on youthfulness and beauty, hair dyeing has become popular among both men and women pursuing such value or fashion trends. Globally, hair colorants are a rapidly growing industry. Hair dyeing involves treatment of the hair with various natural and/or artificial chemical compounds mainly for cosmetic purposes (e.g., to cover gray hair, to change to a color regarded as more fashionable or desirable at a given time, etc.). The association between hair dye application and the development of cancer has been a topic of debate over the past several decades.
Types Hair dyes come in two forms: (i) oxidative (permanent) and (ii) nonoxidative (semi-permanent and temporary) (USFDA, 2014). Permanent dyes consist of primary intermediates (e.g., p-phenylenediamines (PPDs) and p-aminophenols) and couplers (e.g., m-aminophenols and m-hydroxyphenols) in the presence of peroxide (USFDA, 2014). Nonoxidative hair dyes include colored compounds that stain hair directly. Some of the chemicals used in hair dye products are reported to be carcinogenic in animals (Bolt and Golka, 2007). Likewise, the International Agency for Research on Cancer (IARC) reported that some of the chemicals in hair dye are probably carcinogenic to those who are exposed to them occupationally (e.g., hairdressers and barbers).
A list of the major ingredients in modern hair dye formulations. 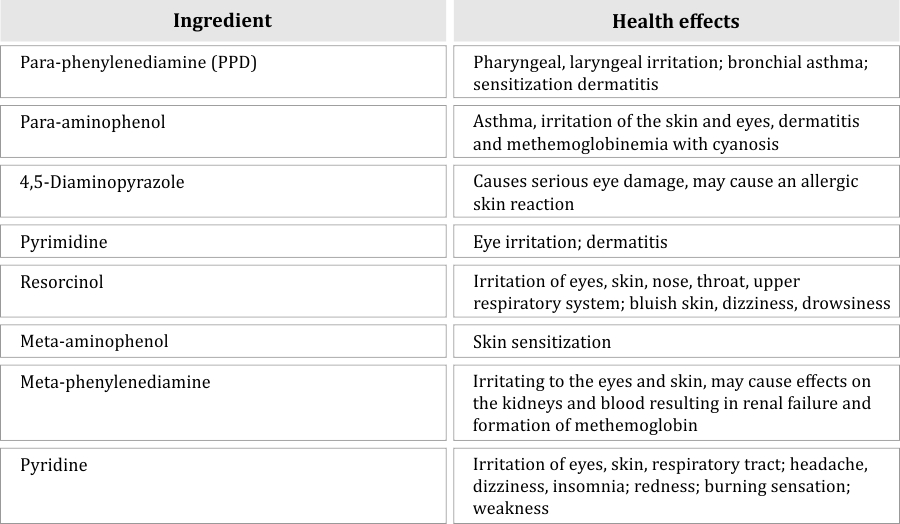 Hair dyes and their ingredients have moderate to low acute toxicity. Human poisoning accidents are rare and have only been reported following oral ingestion. In recent years, there are an increasing number of epidemiological studies about hair dye poisoning (PPD) in developing countries. It is now possible to obtain direct evidence of hair dye poisoning situations in adults with suicidal intentions.
Contact sensitization to hair dyes has been a safety issue, mainly as a consequence of unprotected professional exposure. Although the use of hair dyes has dramatically increased in industrialized countries during the last decades, the prevalence of sensitization to hair dyes in the general and professional populations has stabilized or declined.
In vitro genotoxicity tests on hair dye ingredients frequently had positive results, although their correlation with in vivo carcinogenicity for the chemical class of oxidative hair dye ingredients (aromatic amines) is uncertain. Although in vivo topical carcinogenicity studies on hair dye ingredients or commercial formulations yielded no evidence for systemic toxicity or carcinogenicity, oral carcinogenicity studies on hair dye ingredients at oral doses up to the maximum tolerated dose (MTD) suggested that some ingredients are carcinogenic in rodents.Regulations
A considerably large number of ingredients are not permitted for use in hair-dye products in the EU (SCCP, 2006). Likewise, under the Food, Drug, and Cosmetic Act (FD&C Act) passed by US Congress, the Food and Drug Administration (FDA) must approve the use of color additives (USFDA, 2013). Accordingly, warnings on the use of strong sensitizers (including PPD, PTD, and resorcinol) in hair dyes must be provided in product packaging (US FDA, 2013), and the labeling must be supplemented to draw consumers' attention to the warning. Since 2011, the European Environment Agency (EEA) has prohibited the manufacturing and import of hair dyes that do not feature new labeling to address that such products should not be used by persons under the age of 16.
Conclusion
Some components in hair dyes have been categorized as sensitizers because repetitive exposure to such substances is suspected to cause an allergic reaction or a more serious disease. This is the reason why consumers of hair dye products are recommended to perform allergy testing 48 h before applying the formulation to their hair to guard against severe allergic reactions. Cancer risk from some of the chemicals in hair dyes has also been debated, although no definitive conclusion has been drawn relative to the carcinogenic nature of hair dye products. However, a number of studies have indicated the strong possibility that people working in the hairdressing industry are likely to suffer from bladder cancer more significantly based on the findings of statistical correlations. For those who dye their own hair at home, evidence of the connection between cancer incidences due to the use of dyes is insufficient or inconsistent. As such, extended efforts are required to clearly address the significance of hair dying carried out in the public domain. In reality, many cases of dermatitis caused by the use of hair dye could have been overlooked, and severe dermatitis could have lasted for a longer period of time. Thus, it is important that hair dye users have proper knowledge about the product contents, instructions regarding the use of the given product on the package itself, and the various potential side effects.
The pages slugged ‘Brand Connect’ are equivalent to advertisements and are not written and produced by Forbes India journalists.