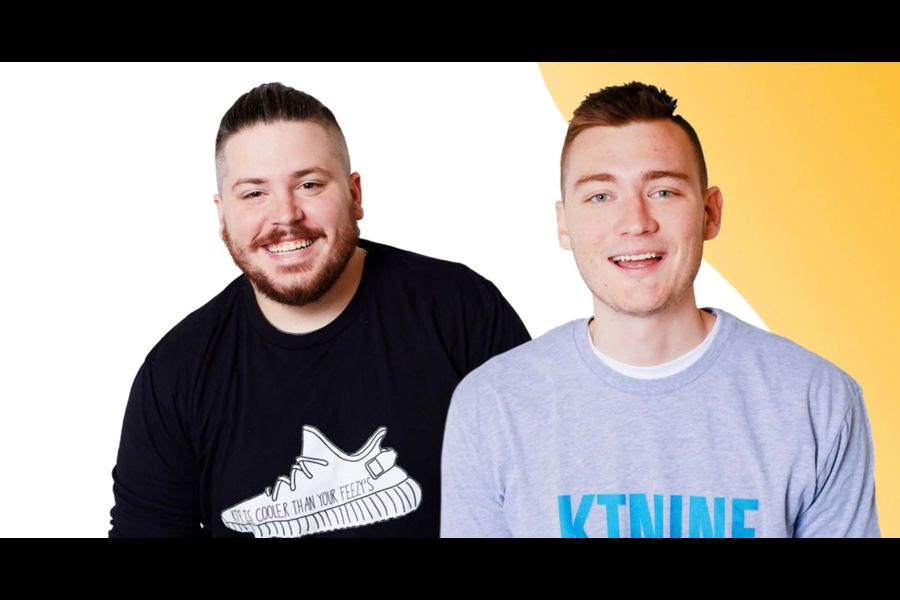 Kale Abrahamson was within months of fulfilling his lifelong dream of becoming a pro basketball player with the NBA when he came to a shocking realization about himself:  he no longer wanted the prize that he had spent more than half his life pursuing.

“I realized that the real reason I wanted to get into the NBA was not because I loved the game.  It was because I wanted to make a lot of money. That was the cold hard truth,” Kale admits.

His epiphany led the then 23-year-old college basketball star to where he is today: CEO and co-founder of a multimillion-dollar e-commerce enterprise called Nine University.

Together with his business partner, Taylor Hiott, Kale is on a mission to train an army of aspiring entrepreneurs how they can build and scale a thriving Amazon drop-shipping business that will enable them to achieve enduring financial freedom, says Kale.

Kale’s Story: Aspiring to Play for the NBA

Kale started playing basketball before he could walk. Starting in the 5th grade, Kale practiced basketball obsessively seven days a week. His single-minded determination and hard work paid off:  by his senior year in high school Kale was ranked 135th in the nation, had traveled the world playing basketball, and received scholarship offers from 17 different universities all over the country — including Harvard, Stanford, Wake Forest and Northwestern University.

“Looking back, I had an entrepreneurial spirit as a child,” Kale says. “I was making $1,000’s mowing lawns in the 5th grade. I used the money I earned mowing lawns to buy a camera and then I used the camera to make even more money.

Next, Kale bought a hoverboard  of Amazon and rode it to classes.  “People liked my hoverboard so I started reselling them out of my dorm room.  My hoverboard business got so big that I decided to lease a space at the local mall.  I sold out in just 42 days and made $75,000 - all while playing Division I Basketball, managing 7 employees at the store, practicing basketball at night and studying nights for my MBA.”

Soon afterward, Kale broke his hand during an exhibition game and missed 15 games.

There Is Nothing Worse Than Working for Someone Else

While sitting out the season, it dawned on Kale that, "When you are working for a basketball coach those guys own you and I freaking hated it. God had to set me down and break my hand for me to see that my true calling and my true passion is building businesses - not playing basketball.”

Spurred on by his newfound clarity that “there is nothing worse than working for someone else,” Kale proceeded to launch three successful businesses: (1)  selling products on Amazon, (2) a YouTube channel that teaches people how to sell products on Amazon, and (3) a company that helps Amazon sellers optimize their product listings.

A chance meeting at church in 2017 led Kale and Taylor to join forces and start a “side hustle” in Kale's 500 square foot Pittsburgh PA apartment selling products through Amazon’s FBA program. Their success as Amazon sellers led to the creation of Nine University - a business coaching program that serves more than 5,000 members worldwide.

One member says: “NineU has taught me how to not only start my own business but how to make it successful by selling not only on Amazon but in stores locally. It has opened a brand-new way of life for me and I am so excited for what lies ahead.”

Together, Kale and Taylor thrive on helping budding young entrepreneurs find their “why.”

“What is the reason you are doing what you do?  You have to know that first in order to succeed,” Kale says.

“It kills me that I didn’t get to live my dream of becoming a pro basketball player, but my disappointment is what fuels my entrepreneurial drive.”

“Now I am free.  I work for myself.  I found a better way to make money, and that is how I found happiness.”