When Passion and Genius become Character 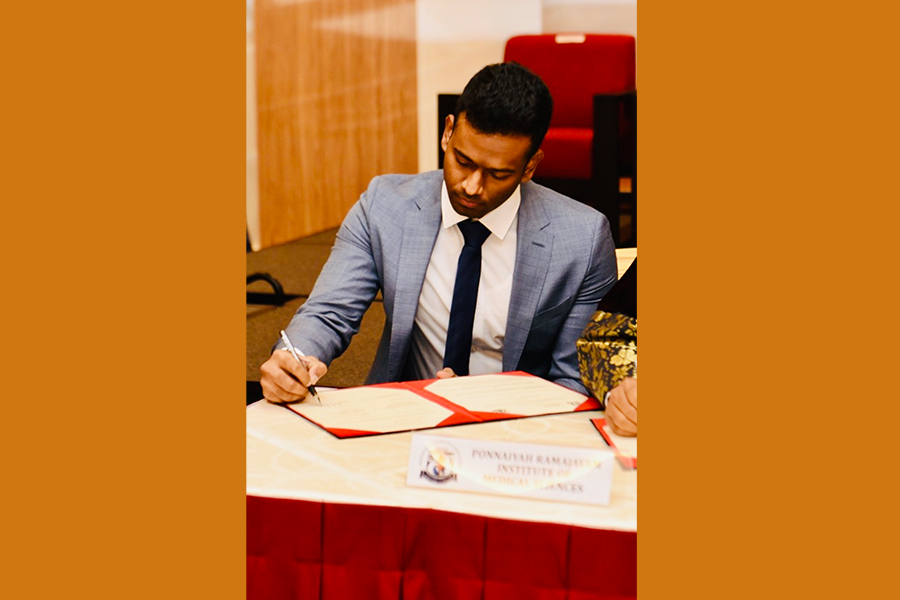 Born and raised in one of the cradles of Tamil culture and legacy, now a quaint little city of Thanjavur, Nagesh is creating a legacy of his own, transcending geographical confines of his origin and inheritance. Founded by his father Prof Dr P Murugesan in 1985, PRIST University had its humble origins as an institute teaching computer Science and technology. Over the years his passion and genius have metamorphosed into an institution of character and depth expanding in its scope and boundaries and stands as it does today as one of the premier private universities in this part of the country. With a ringside view of his father’s genius at work and tutoring, combined with his own innate sense of innovation and differentiated thinking, Nageshwaran has transformed himself into a person with his own charisma and character, closely aligned with his father's vision and values, yet distinct in his management style and methods. He started off as a management trainee, with no trappings or privileges that are normally accorded to a ‘prince in waiting’. The potent combination of his thinking prowess and passionate commitment to responsibilities at hand saw him soon rise to become Finance Secretary within a few years. In 2016, he became the Pro- Chancellor of the university. Over the next couple of years, most administrative, operational and management responsibilities got added to his portfolio. His stint at the top has seen almost a manifold increase in admissions. He has undertaken significant initiatives to bring in further academic excellence, put in place a very robust financial management process, expanded the reach of the university beyond Indian shores and has signed strategic institutional collaborations and academic tie-ups. He has recently concluded a successful academic collaboration with one of the premier universities from Malaysia, to offer their medical degrees here in India through an ‘Off-shore campus’ model. Though Nageshwaran is today, a personality of his own standing, yet he takes pride in calling himself a protégé of his beloved father, and still seeks his father's counsel and guidance in all critical and strategic initiatives. He does not bat an eye in attributing all his success, to his father’s influence. He also counts Mr Piyush Nagar as one of his inspirations and mentor. They say a lit lamp cannot be hidden under a bushel for long. Days are not far when he will emerge from the shadows of his benevolent father, and lead them onward and upward march of ‘PRIST’ brand across the country and beyond. Nageshwaran gives a lot of importance to physical fitness. He is an early riser and an avid reader. His pro-active and quick decision-making style, relentless pursuit of his vision, his uncanny predictive instincts sharpened by his extensive reading and research, help him innovate and stay ahead of the pack. He truly is a leader and a star in ascent, of whom much will be spoken of and written about in times to come. The pages slugged ‘Brand Connect’ are equivalent to advertisements and are not written and produced by Forbes India journalists.