Meet Bani Pasricha, exuding her powerful grace and elegance through her designs

Amidst the pandemic, the ace designer went all digital with her live show on India Fashion Week London with her unique collection on Egyptian Monarchs 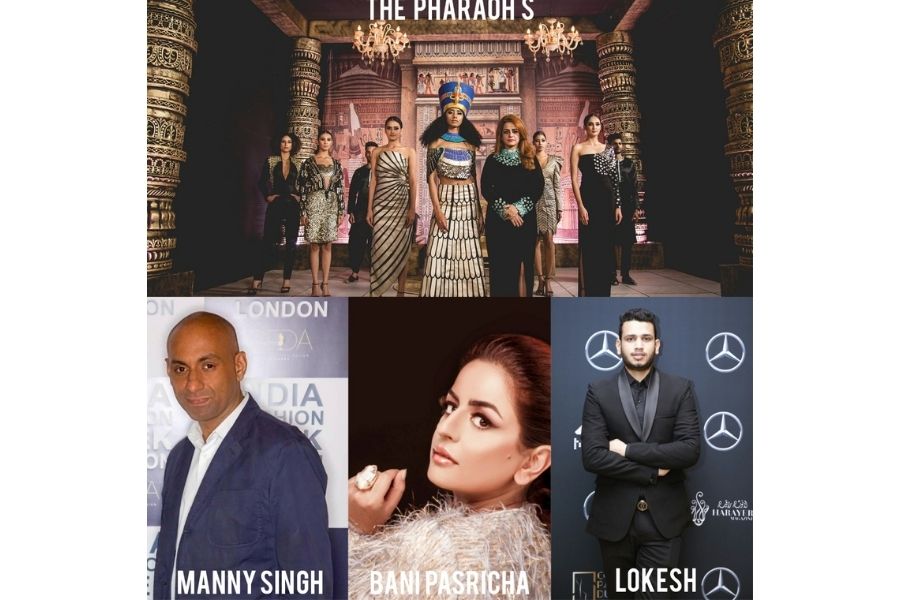 The more we look around ourselves, the more we would know how true stands the quote, "All the world's a stage' by William Shakespeare that signifies that for an artist in any field the world acts like a stage. This couldn't get any truer now more than ever when the world is gripped in the hands of what is known as the global health pandemic which has not only resulted in shutting down of various businesses and industries but has also compelled artists all over the world to resort to digital mediums to carry forward their work and art virtually. The fashion world is no behind and what recently caught everyone's attention is the INDIA FASHION WEEK LONDON going virtual this year owing to the pandemic and the tough regulations of COVID in the UK. Bani Pasricha was behind the exclusive designs that took the live show by storm showcasing some of the most elegant and stunning collection exuding the graceful energies of the powerful Egyptian women through her designs. Bani Pasricha who studied biotechnology always believed she had a creative side to her, which she needed to explore. Her heart was always hooked onto things that dealt with fashion and styling and hence, in 2010 jumped into the ever so famous and glamorous world of fashion with her label after studying a course in the Summer School – London College of Fashion. Travel, culture and all things vintage have always inspired her ideas and approaches in fashion which can be seen in her designs where she tries to beautifully blend the Indian and fusion wear to cater to the needs of the modern-day women. Bani Pasricha served as the showcasing designer at the virtual India Fashion Week London and took pride in showcasing her innovative collection powered by her creative ideas in the form of 'The Pharaoh's'. Bani Pasricha who completed 10 years in the fashion industry said that every year she does a live show with Platinum Group of Companies in London, but this year was different and hence they thought of doing it digitally. They decided to go for their first digital edition based on a collection closest to her heart. Just like many industries are going beyond boundaries to sustain their magic in the same, the fashion industry followed suit and in a one of a kind live show went virtual with India Fashion Week London which stood apart as an International Fashion Event across the fashion world, conceptualized and executed in India. It was helmed by Manny Singh of Platinum Group of Companies (UK) and the vision was brilliantly executed by renowned fashion & art director Lokesh Sharma who has an expertise of executing best art & show direction for numerous shows across the globe like Dubai, London, Milan,Mumbai, Delhi, Goa to name a few under his company Fashion Mob The ace fashion designer so far has travelled the world and has done runway shows even at the Cannes Film Festival and Paris Fashion Week. The Egyptian culture was something she got heavily influenced by since childhood and she began with sketching and building mood board for "THE PHARAOHS". Looking closely at her collection will let people know how the royal colours, midnight blue black, pristine white & selected pieces have been personally hand-painted by her. The collection signifies the leadership and power of Egyptian female pharaoh's where there was true respect for feminine power & also true service for a brighter future of the society as a whole. Not just this, Bani Pasricha has even designed stunning looks for many A-listers of Bollywood for the FABLOOK MAGAZINE; some of the names include Raveena Tandon, Esha Gupta, and Guru Randhawa in the PHARAOH'S Collection amongst others. www.banicouture.com Insta - @bani.pasricha The pages slugged ‘Brand Connect’ are equivalent to advertisements and are not written and produced by Forbes India journalists.