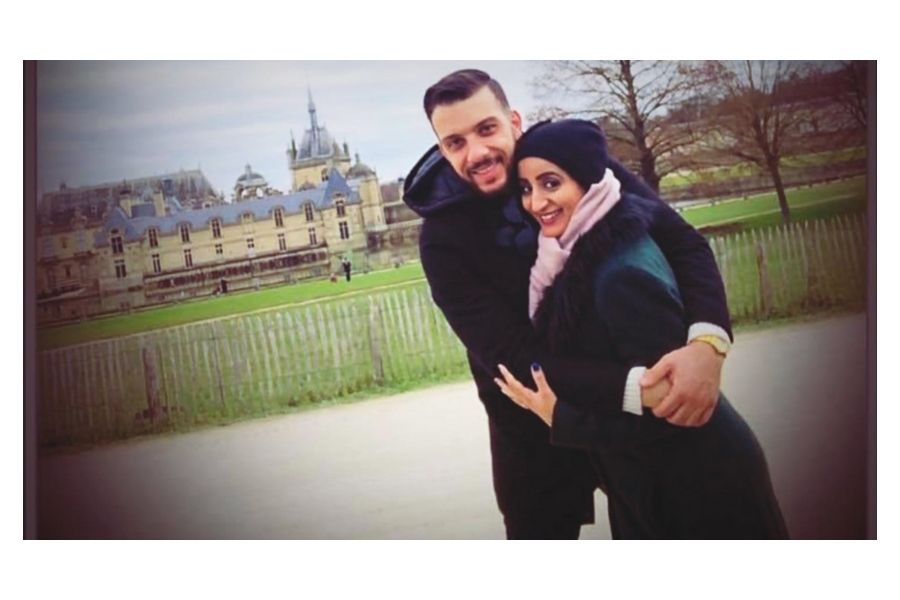 Difficulties test the courage, patience, self confidence and true personality of a human being. It's  how we handle ourselves in the most testing moments of life that portrays our strength. In life, ups and downs are at constant but it is upto us if we want to dodge the troubles or get buried under the burden of them. Rather than giving up we should always be ready to fight back whatever comes between us and our goals. And this is the spirit we see in the well known entrepreneur Abdallah Al Abdeen. Abdallah shares that your limitation is only your thoughts that you need to kill; when it rains, you need to look for a rainbow and when it's dark you need to look for stars. Abdallah is one of Snapchat influencers, who inspires Snapchat audiences through his story and daily updates. He is regarded as a public figure on Snapchat and other social media platforms. Born on 15 January, 1989 in Kuwait, Abdeen’s life took a basic start. The struggles of living an impoverished life made him dream big. After the Gulf War broke out and his family had to move to Jordan. After ten years of enduring hardships and struggles they finally moved to Belle Glade, USA. Becoming an NFL football player had always been Abdeen’s dream in life and to fulfill that he got himself enrolled in one of the best highschools in the United States where the game was played at its best. Belle Glade FL, Known for its notorious record in crimes was quite a risky place. His life there was not easy. After high school hours Abdeen stocked shelves at a Nike authorized retailer for a few bucks an hour. He strived for eight years to achieve his goal when misfortune struck at his door. His quest to become a football player had to come to a halt due to a severe injury. Although as devastated as he was, Abdeen did not lose his cool. He kept faith in himself and saw this as an opportunity to explore uncharted waters. In 2007, he went to Broward college then transferred to Palm Beach State College in West Palm Beach Florida and changed his major from computer engineering to International businesses. As one path closes another opens up, he finally realised what he was truly meant to be a businessman. He had a caliber for business and entrepreneurship. He started day trading in the stock market which helped him have some cash flow to open a wireless company and a private limo services chain. Hardwork never fails, and today he owns a wholesale and retail company, and regularly travels between US, Dubai and China. In 2014, Abdeen put a ring on a very gorgeous and successful Moroccan girl. The same year Abdallah started a family he was diagnosed with a congenital heart disease, A bicuspid aortic valve (BAV). BAV is one of the rare health condition that makes him one of the 2% of the entire world population with this type of heart condition. You never know how strong you are until being strong is the only choice you have. After a year of anxiety and fear of this condition Abdeen got back up on his feet to continue his dreams and pick up where he left off with his successful business career. Even in the stressful pandemic situation, Abdeen is successfully maintaining a work life balance. Bearing the burden of keeping the employees satisfied during the crisis did make it a bit difficult, but being a man of word he has managed to keep everything on track. One should always practise what they preach and so firstly Abdeen takes extra care of his own health and safety while traveling. Keeping his passion for family and for his work at a balance he has maintained his life at a steady pace. Living a high life has not changed Abdeen’s attitude towards life. Sticking to his principles, he never gave up. Even when his life took a turn, he worked just as hard. The more he struggled, the stronger he became. One has to take a lot of wrong roads to get to the right one. But if you are determined and have a clear mind, no one can stop you from getting there. Abdeen says, “Life might strike at you one day, but in reality it’s only redirecting you to a better and more successful path”. Once you begin searching for rays of light every time it gets dark, you will never lose hope in life. Abdeen now is not only a successful entrepreneur, but also a father to two beautiful boys. Abdeen tells us not to ever give up and to continue chasing our dreams. They will eventually become reality. The pages slugged ‘Brand Connect’ are equivalent to advertisements and are not written and produced by Forbes India journalists.