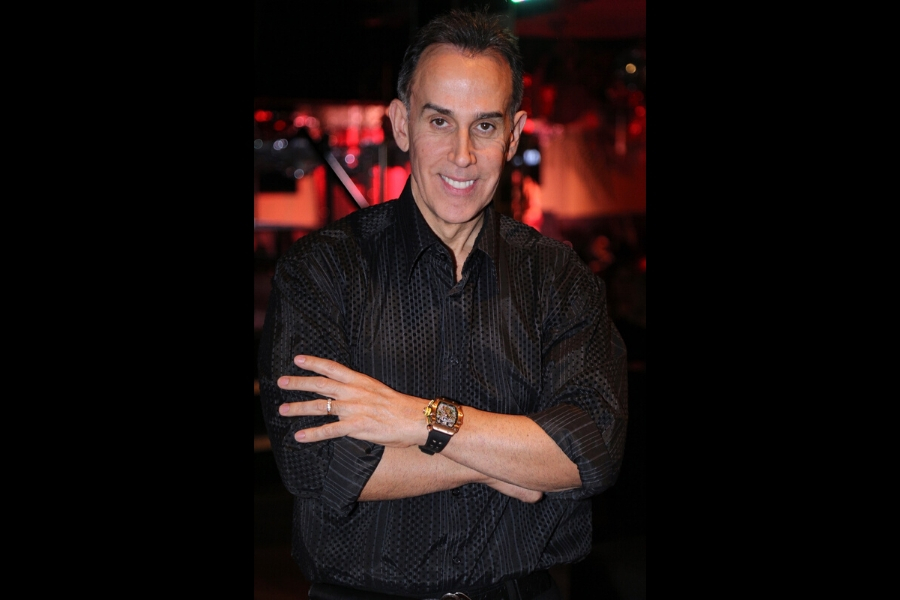 Born and raised in Portugal until the age of 12, Armand Peri came to America with his family and grew up in a poor household in Newark, NJ. He spoke very little English and dressed differently than most kids in his class at school. As a result, he was constantly bullied and treated differently by his peers. While others would view this negatively, Armand was able to use this experience to view the positive in the situation and transform his life and ultimately the nightlife entertainment industry. He began by setting goals for himself to change his mind and body. Armand began investing heavily in himself and started working out to stand up to his aggressors. By the time he was an adolescent, bodybuilding was not just a hobby for him, but a way of life. With relentless focus, Armand went to compete in bodybuilding competitions and won Mr. New Jersey Teenager division at the age of 19. Armand applied his level of focus in bodybuilding to business and went on to form Hunk-O-Mania in 1998. He provided a new style of entertainment that was a hybrid between a Broadway-style show and a high-end traditional male revue show. This show proved to be a huge success and eventually expanded into nineteen different cities across the US. Currently Hunk-O-Mania caters to thousands of women every weekend in almost every major city in the United States. While others would sit back and enjoy their success, Armand believes in continual growth and development. He went on to form one of the leading drag queen shows in the country, Diva Royale, which also expanded into major cities across the country. As a result, Armand cemented himself as one of the leading pioneers in the nightlife entertainment industry. Armand went on to publish one of the leading bestsellers on Amazon, Unparalleled Success, which documented his growth and development as a bodybuilder and entrepreneur. The book received praise and accolades from peer review sites with many people reaching out to Armand to thank him for changing their lives. He used his platform to develop a leading social media presence on Facebook, Instagram and Twitter to help other young entrepreneurs build their careers and dream lives. People continue to constantly reach out to him on social media for advice and guidance on building their businesses. Armand’s social media presence blew up over the past year as he increased his followers from zero to almost 1.5 million in a short period of time. He spends his time on social media highlighting different aspects of his business and personal life to inspire others to take control of their own destiny. His messages are always inspiring and positive as he receives countless DM’s on a daily basis and continues to build his following by providing value to his fans through business advice and motivation. He has over one million followers on Instagram, tens of thousands of followers on Twitter and hundreds of thousands of followers and likes on his Facebook page. His secret to success is his ability to provide value and inspire others to grow and develop their inner success. Many people have self-limiting doubts and beliefs that are instilled into them at a young age and Armand Peri helps those people break through these plateaus. He experienced these self-limiting doubts himself growing up when his parents told him that those people who were born poor were meant to stay poor for the rest of their lives. Armand transformed himself at a young age by overcoming these limits that his parents had put on him and transformed his life into one that he has always dreamed about. He is verified on all of his accounts as has developed into a staple in the nightlife industry on social media over the past 2 years. If you Google Armand Peri, you will find countless articles and interviews about how he was able to overcome adversity to turn a small company into a multi-million-dollar empire. He has been featured in Forbes, Wikipedia, Entrepreneur, Home Business as well as countless other news media outlets. He has been interviewed on Fox 5 Good Day New York and Hunk-O-Mania has been covered in many other news publications and entertainment shows including America’s Got Talent. He is constantly in the media talking about how the nightlife industry is an ever-changing landscape with new obstacles but new opportunities at the same time. Apart from other entrepreneurs, Armand was able to develop and grow his business debt-free while maintaining majority ownership of his company. He continues to run a lean operation while providing only the best and highest value entertainment to his clients. He remains humble and focuses his free time on raising his children with his wife in the USA. He strongly believes that in order to achieve success, one needs to set goals and develop a peace of mind in order to maintain strong focus. With unrelenting motivation and clearly defined goals, he continues to help others while building one of the leading male revue entertainment shows and entertainment companies in the world. To follow his journey on Instagram: https://www.instagram.com/lifeperiway/ . To purchase Armand’s book click here:  https://www.amazon.com/Unparalleled-Success-Armand-Peri/dp/0578570025  Disclaimer: This content is distributed by Digpu News Network. No Forbes India journalist is involved in the creation of this content.