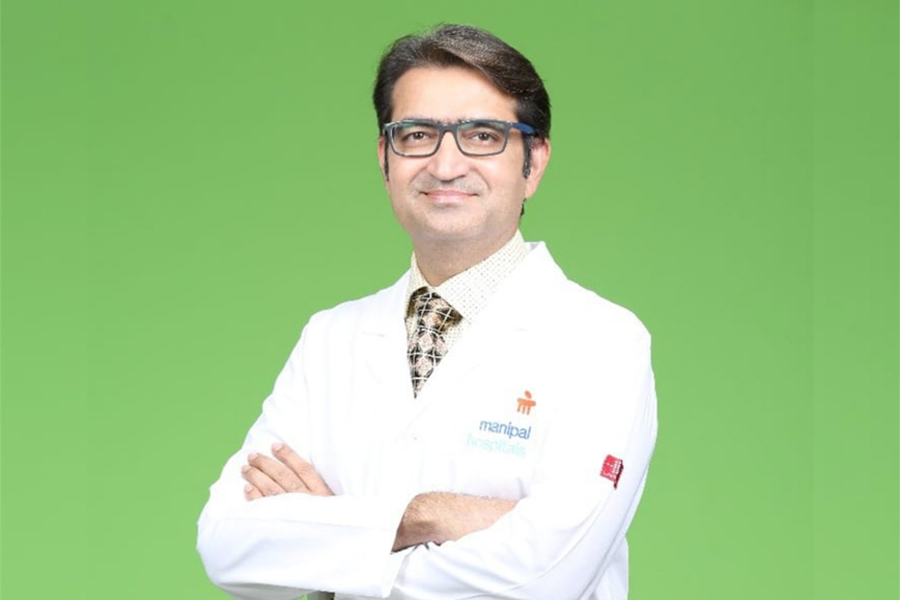 Prostate cancer is one of the commonest cancer in male in India.
The prostate is a part of the male reproductive system that makes semen. The walnut-sized gland is located beneath the bladder and surrounds the upper part of the urethra, the tube that carries urine from the bladder.Signs and Symptoms?
Prostate cancer is normally a very slow growing disease, often causing no symptoms until it is in an advanced stage. Symptoms may include difficulty starting urination, weak or interrupted flow of urine, and frequent urination, especially at night.
However, these symptoms can be because of many other causes than prostate cancer, such as a benign enlarged prostate. Most men with prostate cancer die of other causes, and may never know that they have the disease. But once prostate cancer begins to grow quickly or spreads outside the prostate, it is dangerous.
As men increase in age, their risk of developing prostate cancer increases. About 60% of all prostate cancers are diagnosed in men over the age of 65. There is some evidence that a diet high in animal fat may increase the risk of prostate cancer and a diet high in fruits and vegetables may decrease the risk.


Signs & symptoms of advanced Prostate may include:
Early Detection is most vital in any cancer. Two tests are commonly used to screen for prostate cancer—
Digital Rectal Exam (DRE):
A doctor or nurse inserts a gloved, lubricated finger into the rectum to estimate the size of the prostate and feel for lumps or other abnormalities.
Prostate Specific Antigen (PSA) Test:
Measures the level of PSA in the blood. PSA is a chemical made by the prostate. The levels of PSA in the blood can be higher in men who have prostate cancer.
The doctor may order other exams, including ultrasound, MRI, or CT scans, to learn more about the cause of the symptoms. But to confirm the presence of cancer, doctors must perform a biopsy where needles are used to remove small tissue samples from the prostate and then samples are analyzed under a microscope.

Treatments
The choice of treatment mostly depends on the stage of the disease and the grade of the tumor. Treatment for prostate cancer may involve watchful waiting, surgery, radiation therapy, or hormonal therapy. Some men receive a combination of therapies.
Regardless of the type of treatment received, patient will be closely monitored to see how well the treatment is working. Monitoring may include:

Tweets by @forbesindia
Photo Of The Day: Unstoppable
Ketogenic Diet in Epilepsy