The Maestro: Making Technology and Art 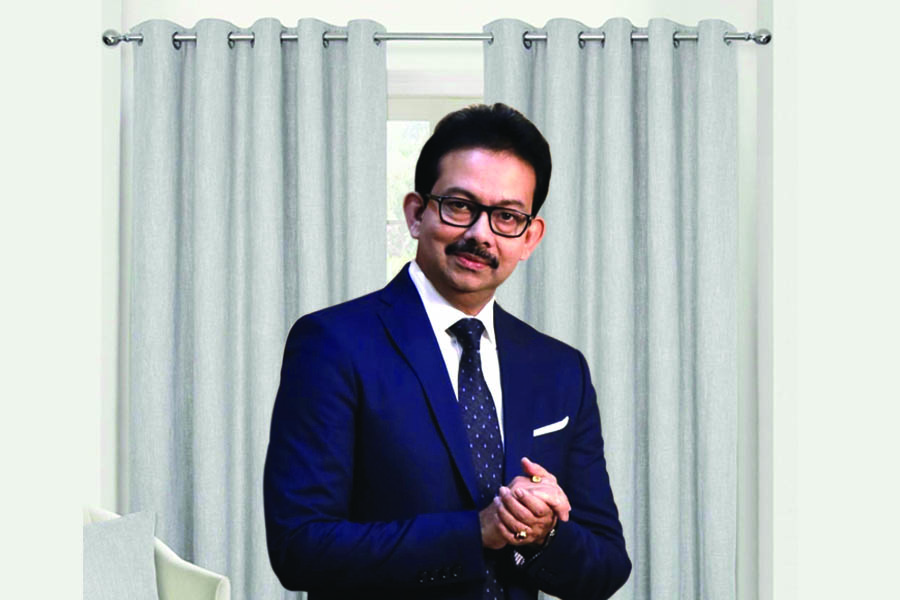 Scott Belsky, an American entrepreneur, seemed to have defined Satyam Roychowdhury in kind when he said the following “It is not about ideas. It is about making ideas happen”. Whereas personally, he is a perfect embodiment of grace and humility, yet his life and his achievements tell a different story. It is the story of an entrepreneur, where simply stated, he made things happen. He created an empire of ideas, ideas that pollinate young minds daily and transform their lives. One life at a time. “Today, the millennial need to be encouraged to become entrepreneurs - entrepreneurs with a social purpose”. Being first generation entrepreneurs Mr Satyam Roychowdhury, Founder & Managing Director and his elder brother Mr Gautam Roychowdhury, Chairman of the Group, over the years have ensured that every district of West Bengal has the footprints of Techno India Group. The duo now has extended their dreams  with TIG's presence nation-wide and beyond. The immediate family of the brothers have joined the entrepreneurial journey bringing in new age ideas and enthusiasm. Under Mr Satyam Roychowdhury's visionary leadership, Techno India Group has evolved into the largest network of educational institutions in Eastern India impacting lives of over one hundred thousand students at any given time. He dreams of a Bengal and of an India, which transcends success in the traditional sense. To him individual successes must be tied to societal successes, and the path to that social entrepreneurship is investing in education, which he did. Millions of students, who graduated from the Techno India Group of schools, colleges and universities have taken diverse paths but have one thing in common - they have all indoctrinated to become socially responsible citizens, thinking beyond individual gains and keen on contributing to the society. Being first generation entrepreneur himself, Mr. Satyam Roychowdhury, has internalized this concept of “business with a social value” and wherever opportunities present, he has emphasized this notion - a new flourishing India can only be the result of entrepreneurship with a purpose - a purpose where individual and social successes are inter-twined. Techno India Group is a great case study of how private sector initiatives can harness the growth of India and its regions. Mr. Roychowdhury realised very early on, that all his initiatives must have two essential components – the appreciation for technology and for innovation, as the two seeds of sustained economic growth. This duality, he visioned should be the basis of all his educational initiatives. Integrating technology in education to ignite interest and inspire innovation has become the creed of Techno India Group, under his leadership. “Technology is the only way forward” he said. Although it took a global pandemic to have this epiphany, this was what Techno India under Mr. Satyam Roychowdhury declared as their mission almost thirty-five years ago. The pandemic has compelled the nation to realize the importance of technology, which has been the catalyst that fueled the expansion of the Techno India Group. That is where his genius lies. His ability to comprehend the need for a technology driven education, an education that includes everyone and discards none, only through the power of technology, is the fundamental bed-rock of his thinking. India, and more specifically the state of West Bengal is blessed to have an entrepreneur who early on his career understood the need of technology in enhancing both the quality and spread of education, and who tied his successes to the success of the nation. It is rare to find someone like him whose penchant for business has help raise the consciousness for the need of technology to be tied to social welfare- social entrepreneurship aided by technology. An entrepreneur, a philanthropist, a litterateur, a widely traveled persona with several published books and a true leader, Mr. Roychowdhury keeps keen interest in Bengal's cultural milieu while maintaining close association with the country's industry circle. A triple eight plan in which he spends a day's 8 hours in working on his professional agenda, 8 hours on his own passion of reading, writing and chasing his thirst for cultural domains and 8 hours for his own personal space and rest. This balance and his steely focus, accounts for his impressive achievements. It is not hard to find an entrepreneur. It is not hard to find a philanthropist. It is not hard to find a writer. It is however very hard to find an entrepreneur, who believes in a social cause, is a recognized philanthropist, and a prolific writer. Humility and grace, the two words synonymous with his being, provides us with a magnifying glass to dig deeper and explore him and his life choices. Like Frost, he saw “two roads diverged in a wood”. He “took the one less traveled” and that has made all the differences. The pages slugged ‘Brand Connect’ are equivalent to advertisements and are not written and produced by Forbes India journalists.

Tweets by @forbes_india
Nexus Power: Building an EV future beyond lithium-ion batteries
Photo of the Day: One man's tragedy...