Trident Group: Making in India. Making for the world since 1990

A name synonymous with excellence and growth in the Textile Industry

In the early years of the great Indian economic liberalisation when India had stepped on the economic accelerator and multiple waves of transformation were sweeping across its states, a young, first- generation entrepreneur, Rajinder Gupta, sowed the first seeds of industry on the fertile lands of Punjab. It was the birth of Trident Group. The group began with a solitary unit making high-quality yarn. However, in due course, the group catapulted to become the largest manufacturer of terry towels and one of the largest integrated home textile manufacturers in the world; a feat nonpareil. Success breeds success In 2013, Trident started another journey from Budhni in Madhya Pradesh, the heart of India. Spread over an area of 800+ acres, the Trident Budhni plant is a convergence of modern machinery, best-in-class processes and the passion for excellence. The plant houses its home textile businesses that are vertically integrated — from cotton to yarn, and yarn to towel and sheeting. The Trident Group today, is a USD 1 billion plus global conglomerate with a formidable presence in home textiles, pulp and paper, and chemicals. Behind these accomplishments lie innumerable stories of its people, who have made it a force to reckon with. The company, which supports over 25,000 families, has not only provided growth heavy employment but has also nourished each of them with their impeccable, deeply rooted culture. This was validated in 2020, when they won the coveted award for Dream Employer of the Year in the year 2020. Trident has charted out a robust growth map with its philosophy of ‘responsible manufacturing.’ The processes, technology and infrastructure are designed to play a vital role in ensuring sustainable growth. For example, paper that reduces carbon emissions, textiles made from recycled materials,minimal water and chemicals usage in the manufacturing processes. 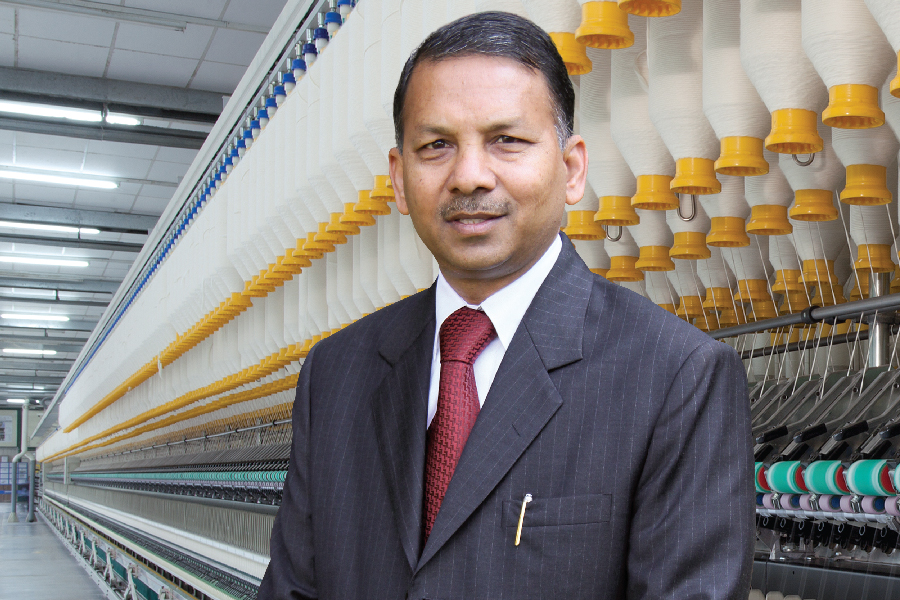 Mr. Rajinder Gupta, Chairman - Trident Group The power of giving back In the business for three decades now, Trident has left a lasting impact on not just its customers but the community at large. It contributes to many community engagement initiatives such as Hastkala (women empowerment), Takshashila (employment) and Saakshar (education). So far, Trident has empowered more than ten lakhs of people with its programs. Even in such challenging times, Trident has gone against the grain to hire more than 2,500 people and has proposed significant wage hikes for more than 15,000 members. It is also among the few companies that responded to the clarion call of the nation by utilising its manufacturing abilities to produce cost- effective “TriSafe” PPE kits. A global favourite Internationally, Trident has been a reliable partner to some of the most prominent global retailers and fashion houses across the USA, the UK, Italy, France, Japan, Australia and other parts of the world, with patrons like JCPenney, Ralph Lauren, Walmart, Target, Calvin Klein, IKEA and Macy’s. It also has a technology partnership with the likes of Karl Mayer, Toyota, Metso, Savio, Picanol and Allimand. A journey that began from Punjab in the nineties has now reached every corner of the globe. And even as the world grapples with the cruel economic challenges caused by the pandemic, Trident is on a course to conquer the final frontiers and go beyond following its philosophy of being different. To Know More: https://www.tridentindia.com/ A special Edition by Broadcast1 Disclaimer: The views, suggestions and opinions expressed here are the sole responsibility of the experts. No Forbes India journalist was involved in the writing and production of this article.