Web3: Moving from a buzzword to reality

Web3, an evolutionary idea for a new idea of the World Wide Web underpinned by the blockchain technology is already here 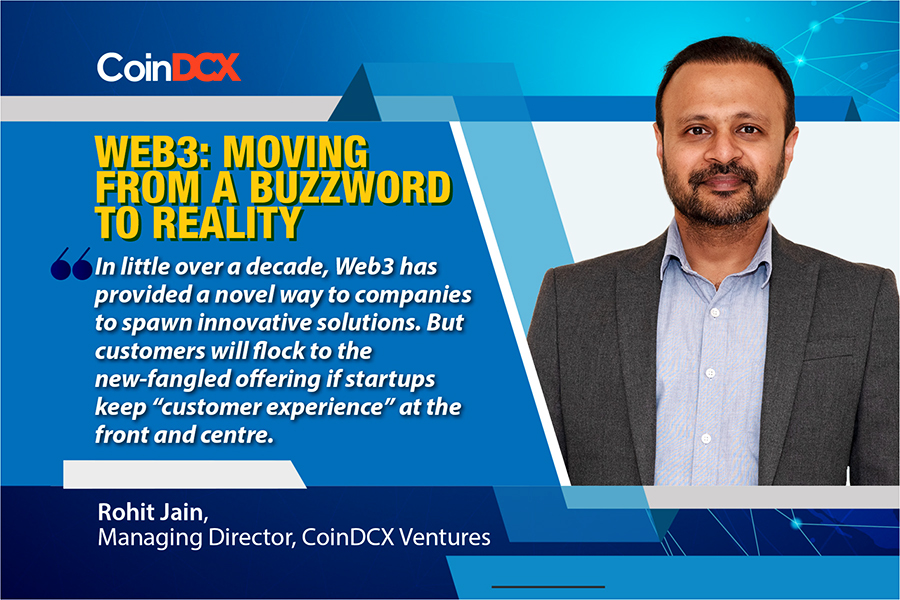 In little over a decade, Web3 has provided a novel way to companies to spawn innovative solutions. But customers will flock to the new-fangled offering if startups keep “customer experience” at the front and centre, says Rohit Jain, Senior Vice President and Head of Ventures & Investments, CoinDCX Ventures. Mr Jain joined us to talk about how content creators, businesses, customers and techies can unlock the potential of Web3.