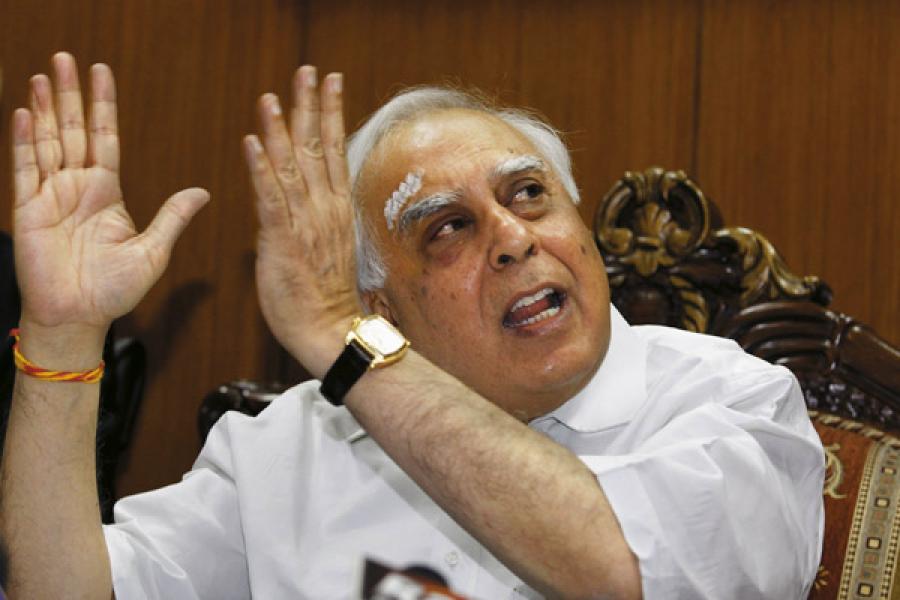 Kapil Sibal’s words had the effect of a stun grenade in the room full of CEOs of leading Indian mobile operators. For a minute or so, their brains, arguably amongst the sharpest in the country and capable of processing incredible amounts of complexity, froze, trying to parse the meaning.

It was late 2011 and the operators were in an elevated crisis mode.

After spending billions of dollars on buying scarce spectrum a year ago to launch 3G services, they had been served a shocker by the Telecom Regulatory Authority of India (TRAI) in October. They were told to cancel all their 3G roaming agreements in states and circles where they did not own the underlying spectrum.

Using a kitchen sink approach, TRAI and its cohorts in the Department of Telecom (DoT) came up with a list of reasons on why 3G ‘intra-circle roaming’ ought to be banned: Loss of revenue to the exchequer, cartelisation, roll-out obligations, quality of service, and even national security.

But the operators who had collectively paid over $11 billion for their spectrum (the same would be worth just over $9 billion today, thanks to the depreciating rupee), must have anticipated exactly that. Shrewdly, they had written to the DoT before the auctions asking if intra-circle roaming would be permitted. And the DoT replied in writing that it was.

So that’s exactly what they asked Sibal during the closed-door meeting, “But you said it was permitted?”

Incumbents in the Crosshairs
Picture this for a moment: An old, wounded and hungry dinosaur going about in a forest full of flora and fauna—nearly blind, unpredictable and incapable of straight thinking, yet still capable of inflicting massive damage through just a swish of its tail.

That is the Indian telecom regulatory trifecta, composed of the Ministry of Communications, the DoT and TRAI.

It’s usually hard to make sense of their arbitrary and mischievous actions, easily a global case-study on how not to regulate. But with the benefit of hindsight, one common theme connects together the large majority of their moves since the 2010 3G and 4G auctions: Targeting profitable incumbents.

Let’s begin with the “permissible-permitted” kerfuffle around intra-circle roaming. Given that nine bidders were fighting for three or four operator slots in each state or metro during the 3G auctions, it followed that no one emerged with spectrum pan-India.

So, by banning intra-circle roaming, TRAI was effectively preventing private operators from offering 3G services to all their customers. More importantly, it restricts the possibility of a pan-India 3G offering by any operator.

An analysis of other significant regulations makes it clear that the unstated target of telecom regulation in India since 2010 have been the leading incumbents—and by that I mean profitable and well-run businesses not necessarily the earliest to enter the space—namely Bharti Airtel, Vodafone and Idea.

‘Lingchi’, a feared and ancient Chinese torture meaning ‘death by a thousand cuts’ would be one way to describe what these incumbents are being put through. The punishment was reserved for the severest and rarest of crimes and consisted of progressive cuts to the victim’s body, over periods ranging from a few hours to sometimes even a few days, till death.

In much the same way, the effect of most recent telecom policies seems intended at bleeding away all advantages that operators have painstakingly built over the years, in almost all cases at an enormous cost. For instance, Vodafone alone is estimated to have spent over Rs 55,000 crore in India over the last five years. Some of the other most egregious examples of this include spectrum ‘refarming’, doing away with roaming charges, taxing tower companies and reducing termination charges.

Take ‘refarming’, internationally taken to mean the reassignment of spectrum from low-value activities, like terrestrial TV transmission or 2G mobile telephony, to higher-value ones. What the TRAI proposes in India is ‘redistribution’ instead, taking away all the 900Mhz spectrum held by the oldest operators, and auction it to a larger pool of operators. If the intended impact of this refarming is to allow 4G services on certain bands of spectrum, why not let existing operators do that, especially given that spectrum and technology are already de-linked?

“Since we’ve moved to a regime where spectrum is being charged at market prices, if Airtel wants to hold on to its 900Mhz spectrum it should be allowed to outbid others for it,” says Professor Rohit Prasad, an associate professor at Management Development Institute (MDI) Gurgaon and a regulatory expert on telecom.

The impact of zero roaming charges on Airtel and Idea are estimated to be 4 to 5 percent of revenues. Taken together with the ban on intra-circle 3G roaming, it would appear the regulator wants to simultaneously curtail the reach of roaming agreements and make them less profitable. It is, of course, no one’s case that Indian roaming tariffs are so high that this would be warranted.

Similarly, the introduction of an 8 percent licence fee for tower companies is in effect a double tax for those mobile operators that also happen to co-own tower companies. Who are they? Bharti Airtel, Vodafone, Idea, Reliance Communications, Tata Teleservices, Aircel and BSNL.

By proposing to reduce ‘termination charges’ to zero—the charge paid by a subscriber’s mobile operator to another, to whose network the call is being made to—TRAI wants to subsidise newer and smaller operators at the cost of older and larger ones.

There are many more examples—framing mergers & acquisitions policies in a way that large operators will never be able to make meaningful acquisitions, wilfully delaying Qualcomm’s 4G spectrum by nearly two years and then penalising the company itself for the delay; keeping current owners of 800Mhz and 900Mhz spectrum out of auctions for 700Mhz. The list is long.

At the root of this, lies the way in which telecom regulation has evolved in India. While internationally the trend has been towards a convergence between policymaking and regulation in the hands of the same body, in India, successive governments have sought to create a wider gap between policy (which they insist on retaining) and regulation (which is with TRAI).

This separation not just goes against international trends, it goes against the convergence that is taking place in the sector itself.

Tweets by @forbesindia
Surrounded with Solutions From Nature
V8th Wonder: The Continental