Gold Still Has Some Shine Left 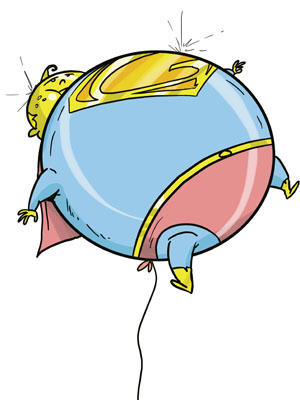 Finally, gold went for its much anticipated and awaited date with the all-time high mark of $1,300 per ounce on September 24, 2010, albeit only for a fleeting moment. However, if you ask the Lalit Modis and Suresh Kalmadis of the world, whatever goes up, comes down (often) with a bang — the higher one goes, the harder can be the fall.

George Soros, the 79-year-old billionaire, calls gold’s spectacular nine-year bull rally the ultimate asset bubble. But, he has also helped drive up gold prices by doubling his bet on gold. He says that when interest rates are low, conditions are ripe for asset bubbles to develop, and they are developing at the moment. But, bubbles are good if you buy at the start rather than towards the end.

So, where is the yellow metal headed and can investors still invest in gold? Jeffrey Nichols, managing director, American Precious Metals Advisors says, “I believe, before long, we will see gold hit $1,500 an ounce.” Philip Klapwijk, the chairman of GFMS, the London-based independent metals research consultancy, too says that gold prices are likely to touch $1,300 an ounce before the end of this calendar year.

Why are these analysts so bullish? There are many reasons. “The metal certainly lived up to its reputation as a safe haven in troubled times. Just look at the explosion in investor interest that followed the sovereign debt crisis unfurling in Europe,” says Klapwijk.

Other factors included a shaky outlook for the industrialised world’s economies, low interest rates and the still feared threat of inflation. One traditional driver of gold strength, US dollar weakness, proved conspicuously contrary, as US dollar also benefitted from a flight to quality and so frequently strengthened in line with gold. The key to the ongoing price strength was the extraordinary monetary and fiscal policies from developed economies in the wake of sluggish  or no growth, the spectre of a double-dip recession and job losses.

Will those factors remain? The current bull run in gold dates back to 2001 and was initially fuelled by the Central bank agreement on restricting gold sales to 2,000 tonnes in 5 years from 1999 followed by de-hedging. De-hedging was triggered when shareholders of gold mining companies forced a CEO of a North American mining company out of his job for they perceived that hedging in gold was the main reason for the low gold prices then.

Since then other factors have kept prices high. The on-going economic crisis in the West, the loss of faith in currencies such as the dollar, the fears of double-dip recession, inflation, etc. have all contributed to the gold rally.

Geo-political crisis in Iran, Iraq and North Korea, and the Af-Pak unrest based on terrorism and the Israel-Palestine standoff have all helped the gold price higher. Many of these factors remain.

The Indian market has adapted to the higher gold price consistently over the last few years. It has been observed that a resistance level at the start of the year severely impacts gold demand, as it did in the first quarter of 2009 when gold price crossed Rs.15,000 per 10 grams. That saw a huge quantity of scrap being generated and India exported more gold than its imports. However, before the year end, that same level became the support level for gold. Currently, Rs.17,000 levels would see a surge in gold demand.

Yes, gold is definitely a good buy even at these levels given the increased demand for investment gold as compared to jewelry even in India. However, while the increase of gold in one’s portfolio is warranted, some basic precautions must be taken. There will be correction in the gold price once the global economic crisis blows over.

(The author is an independent bullion  analyst)