While the FM did not give any worldly gems in his annual address, there were several crucial takeaways from his speech 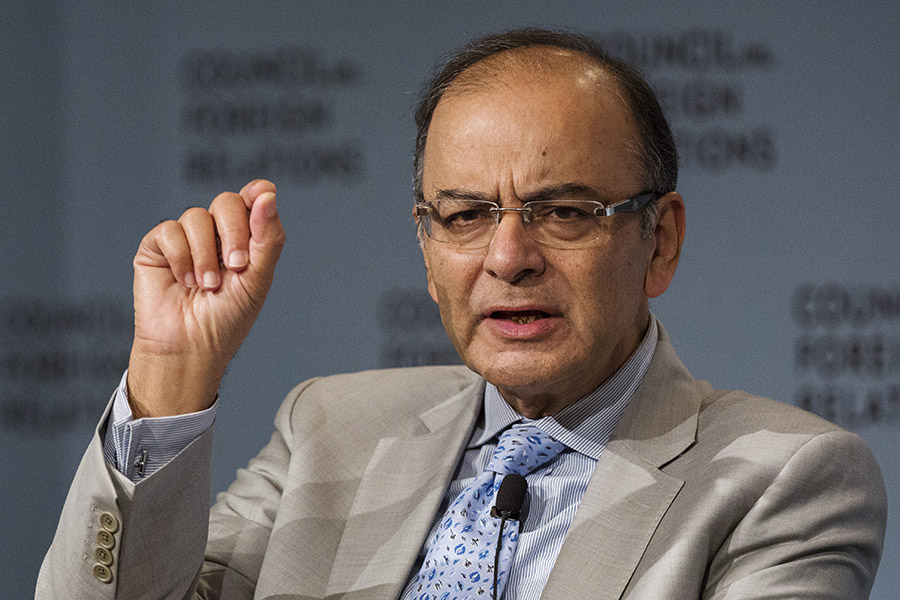 In a rare departure from the norm, Finance Minister (FM) Arun Jaitley spoke in both Hindi and English while presenting the Union Budget 2018 on Thursday. It was the government’s last full-fledged budget before the 2019 general elections and polls in crucial states. Flanked by Union Minister for Road, Transport and Highways Nitin Gadkari and senior BJP leader LK Advani, Jaitley–who presented his fifth consecutive budget–was a picture of seriousness in his near-two-hour speech. Forbes India looks at 15 buzzwords from the FM’s address and moments when he attempted to make the mundane interesting.

1)    Premium on honesty
For a government that came to power on the promise of wiping out corruption and getting back black money stashed abroad, Jaitley spoke early on about how the current generation wants to lead an honest life. “There was a time when corruption was commonplace. Today, our people, especially our youth, are curious to lead their lives honestly,” he said.

2)    Ease of living
Prime Minister Narendra Modi has over the past five years spoken passionately about his Make In India programme. The FM chose the budget to remind the country that India had jumped 30 places into the top 100 rankings of World Bank’s ‘ease of doing business’ index. He stressed that the government would now focus on improve the lives of his countrymen, especially those belonging to the poor and middle class. “Good governance also aims at minimum interference by the government in the life of common people of the country,” he said.

3)    Air pollution
As concerns increase over the quality of air that we breathe and the threat of global warming stares at us, Jaitley acknowledged the problem of air pollution in the Delhi-NCR region. A Greenpeace India report recently named Delhi as the most polluted city among the 280 that it had surveyed. The FM said a special scheme will be implemented to support the efforts of the governments of Haryana, Punjab, Uttar Pradesh and the NCT of Delhi to address the problem.

4)    Training teachers
The government has shown tremendous interest in improving the education system in the country. “Improvement in quality of teachers can improve the quality of education in the country,” said Jaitley while announcing an integrated B.Ed programme for teachers. He added that the government had amended the Right to Education Act to enable more than 13 lakh untrained teachers to get trained.

5)    From blackboard to digital board
As technology evolves and renders many past systems/techniques obsolete, the need to bring about a change in the way education is imparted was amply highlighted by the FM. He said technology will be the biggest driver in improving the quality of education and that it will be used to upgrade the skills of teachers through the recently launched digital portal DIKSHA.

6)    Smart Cities
Improving infrastructure and improving the quality of life, especially in tier II and III cities, have been repeatedly-stated goals of the government. Jaitley mentioned that the Smart Cities Mission aims at building 100 Smart Cities with state-of-the-art amenities and that 99 cities have been selected with an outlay of Rs 2.04 lakh crore.

7)    Tourism
A vast and diverse country like India is blessed with abundant tourist attractions that can attract people from across the globe. The government has proposed to develop ten prominent tourist sites into iconic tourist destinations by following a holistic approach. “In addition, tourist amenities at 100 Adarsh monuments of the Archaeological Survey of India will be upgraded to enhance visitor experience,” said Jaitley.

8)    Aviation
This was one of the rare occasions when Jaitley managed to add a dash of humour to his speech. “Hawai chappal pehenney waaley ab hawai yatra kar saktey hai,” he said. (Those wearing Hawai slippers can now travel by planes). The FM was speaking about the government’s regional connectivity scheme, UDAN, which will connect 56 unserved airports and 31 unserved helipads across the country. Operations have started at 16 such airports.

9)    Wi-Fi
Along with pushing its Digital India initiative, the government proposes to set up 5 lakh Wi-Fi hotspots which will provide broadband access to 5 crore rural citizens. “I have provided Rs 10,000 crore in 2018-19 for creation and augmentation of telecom infrastructure,” the FM said.

10)    Life with dignity
Reiterating that everyone has a right to live a life with dignity, more so senior citizens, Jaitley announced a series of initiatives for the elderly. While doing so, he said: “To care of those who cared for us is one of the highest honours.”

11)    Bamboo is ‘Green Gold’
Jaitley brought to the attention of everyone that his government removed bamboo grown outside forest areas from the definition of trees. “Now, I propose to launch a restructured National Bamboo Mission with an outlay of Rs 1,290 crore to promote bamboo sector in a holistic manner,” he said.

12)    Operation Greens
The emphasis on agriculture in the budget was hard to miss. Jaitley said his government proposes to launch ‘Operation Greens’ on the lines of ‘Operation Flood’. “Operation Greens shall promote farmer producers organisations, agri-logistics, processing facilities and professional management,” the FM said and proposed to allocate Rs 500 crore for this purpose.

13)    Rise by 2022
The general elections may be next year, but the government is looking further ahead. To step up investments in research and related infrastructure in premier educational institutions, including health institutions, Jaitley announced a major initiative named ‘Revitalising Infrastructure and Systems in Education (RISE) by 2022’ with a total investment of Rs 100,000 crore in the next four years. Higher Education Financing Agency would be suitably structured for funding this initiative.

14)    Emoluments
There was a sudden hush from his colleagues in the government and opposition party members the moment Jaitley spoke about emoluments. “There has been a public debate with regard to the emoluments paid to the Members of Parliament,” he said with a wry smile and added that those of the president, vice president and governors will be revised.

15)    Electricity
The Pradhan Mantri Saubhagya Yojana has been launched to ensure electricity to all households of the country. Under this scheme, 4 crore poor households are being provided with electricity connection free of charge. “You can very well imagine our anxiety and restlessness even with one hour power cut. Think about those women and children whose houses will not get electricity. Their life is going to change,” said Jaitley.