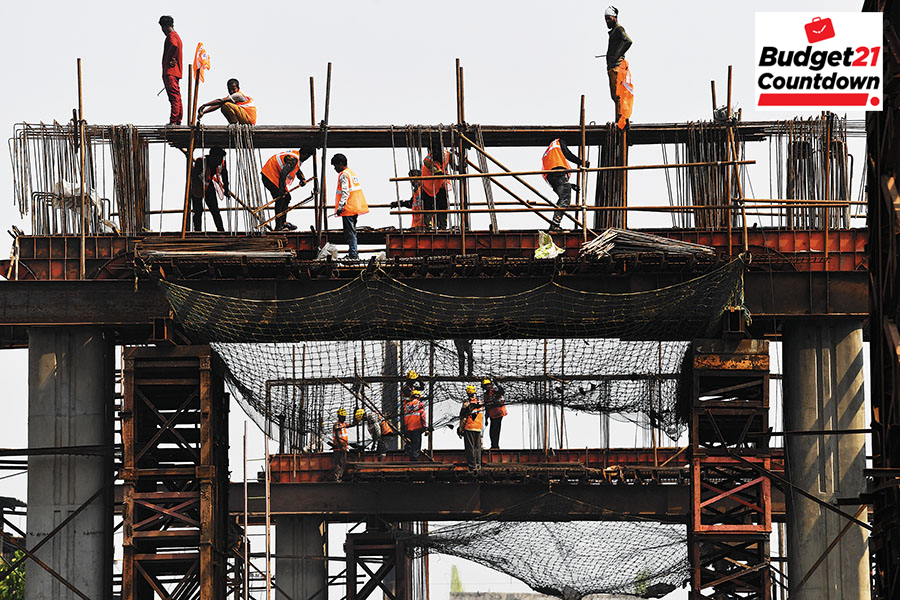 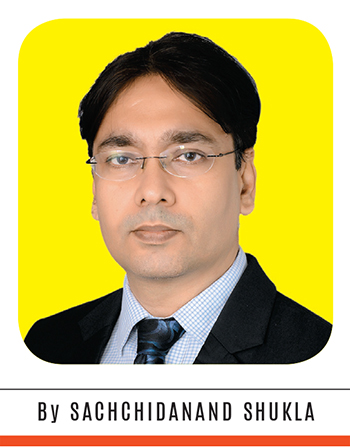 Come budget and expectations start to skyrocket every single year. This year, even more so, given the backdrop of the pandemic and the finance minister’s statement a few days back that she would “want to see a post-pandemic budget never seen before in 100 years”.

However, when we look back, we find that key economic policy measures continue to happen throughout the year outside the budget. For instance, the government carried on its reform momentum and enacted major agriculture and labour reforms besides imparting a big push to domestic manufacturing outside the budget. Also note, on indirect taxes such as the Goods & Services Tax (GST), the decisions are taken by the GST Council.

Importantly, there is a recognition of the fact that government finances are severely constrained. Let us look at the fiscal backdrop first to understand what is in the realm of possibility in FY22:
For starters, the government would have to normalise the size of its borrowing in FY22. The Centre has already borrowed ₹8.3 trillion during the first nine months of FY21 on a net basis by way of dated securities and this number is likely to cross the ₹10 trillion mark by the end of the fiscal. This would be more than 2x the amount borrowed in FY20. While the surge in borrowing was justified in FY21, the government will find it challenging to borrow such a large amount from the markets again in FY22. This implies that the pick-up in receipts would be neutralised by lower borrowings, leaving little scope for a surge in spending.

Secondly, the surge in borrowing in FY21 would also leave a mark on the FY22 budget in the form of higher interest payments. The Centre’s interest payments to revenue receipts ratio is expected to surge to over 45 percent in FY21 from 36.3 percent in FY20 and this number is expected to remain high in FY22 and only normalise gradually over the medium term. This implies that discretionary spending space will continue to remain constrained as interest payments grow by double digits in FY22. Besides, we believe the government is unlikely to cut back upon the increased allocation to the MGNREGA programme in FY21 and will also have to remain wary to accommodate any hits due to the guarantees as a part of the Atmanirbhar Bharat package.

Thirdly, on the revenue side, while most tax receipts are expected to recover in FY22 with a double digit growth in nominal GDP, excise duty collections are expected to act as a drag. Excise collections have surged in FY21, rising ~47 percent during April-November following the sharp duty hikes at the beginning of the fiscal and are expected to add ~₹1 trillion in FY21. However, this bonanza will not be available in FY22 and if oil prices rise, the Centre would be forced to roll back these duty hikes. Finally, the overall fiscal impulse to growth from the Centre’s budget is only expected to decline in FY22. While fiscal deficit is expected to surge to 7 percent-plus (of GDP) in FY21, the government will likely target a lower deficit number in the next fiscal. Impulse, as measured by the spending-to-GDP, will also come off sharply in FY22 after spiking in FY21 as GDP is expected to fall more sharply than government spending in the current year.With all the above-mentioned limitations on fiscal capacity and diminishing government spending support in FY22, how then can the government support growth and economic activity in such a dire (fiscal) scenario?

● The foremost pointer will be the ‘intent’ and a continued unwavering focus on stimulating economic growth recovery given the backdrop of huge uncertainty, high precautionary savings, weak private investment, and a gradual erosion of the public capital stock over time.
● Thus, the government may do well to lead by way of public investments. The International Monetary Fund (IMF) avers that the fiscal multiplier peaks at over two in two years—and these multipliers are particularly high during times such as these. According to an IMF study, “one percent of GDP increase in public investment, in advanced economies and emerging markets, has the potential to push GDP up by 2.7 percent, private investment by 10 percent, and to create between 20 and 33 million jobs, directly and indirectly”.

● The government must also try to make up for the lower growth impulse by way of focussed spending on higher multiplier heads. For example, it could target raising capital spending by 25 percent, thereby improving the capital-revenue spending mix and supporting public investments. More importantly, it could encourage the states to incur capex by providing them with incentives, including additional borrowing for the purpose of such spending. This would be particularly important, given that state capex has higher multipliers and general government capex spending is the most decentralised in India vis-à-vis other economies.

● Note, the Centre typically incurs around 53 to 55 percent of its total spending in the first half of a fiscal. It must follow a bolder strategy and frontload its FY22 expenditure by incurring ~75 percent of it in the first half of the year. This would provide support to the recovery until vaccination becomes more widespread until the second half of the fiscal, paving the way for private sector recovery, particularly in the services sector. It must also ensure timely fund transfers to the states and encourage the states also to frontload their spending.

● While frontloading spending and higher capex would be key to support the recovery, the government also needs to announce a set of growth-supporting reforms in the budget. Targeted measures to ensure a quick clean-up of the financial sector would be particularly important to ensure that India’s growth recovery is not constrained due to finance. Both, bank and non-banking finance company (NBFC) credit growth has slowed quite sharply in FY22 on account of risk aversion, as private sector banks and NBFCs (which have accounted for 75 to 80 percent of incremental credit in the last three years) are extremely cautious to grow their books, given the possibility of a spike in bad loans. The provision of a back stop to the financial sector would play an important role in reducing this risk aversion. ● Further, the government must seek off-budget solutions to finance infrastructure spending and also allocate more funds for the NIIF. One way to do this could be by way of a large-scale asset sales programme. It could target selling ₹10 trillion worth central government assets, including PSU shares, land, etc, over the next five years with outright commitments to invest this money in fresh capital assets such as roads, bridges, etc. This would ensure that the stock of government’s capital assets is not depleted; but instead capital is deployed into relatively more productive assets from less productive ones currently. This reallocation would be key to support public infrastructure development, including digital infrastructure, and even lead to employment generation.

● Finally, the pandemic has highlighted the need for revamping India’s health care system. The government must initiate a programme to revamp and scale up public hospitals across the country by incentivising states to make investments and rewarding these with incremental fund transfers. An incentive mechanism would encourage states to take measures to develop and improve their respective health care systems.
● The writer is group chief economist, Mahindra & Mahindra (M&M)
● (With inputs from Rahul Agrawal, economist, M&M)