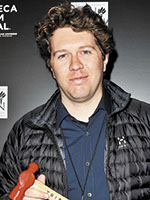 CANADA
Net Worth: $5.3 bln
Garrett Camp
Talk about a good résumé: The 36-year-old founded Stumbleupon, sold it to eBay for $75 million, and then co-founded Uber with Travis Kalanick, also a new billionaire. Uber has had issues. India temporarily banned it, Spain shut it down entirely, and an executive reportedly suggested digging up dirt on journalists.

US
Net Worth: $4.5 bln
Elizabeth Holmes
She dropped out of Stanford as a sophomore and figured out how to run blood tests with just a single drop from a finger prick. Her startup Theranos can run blood tests faster and cheaper than rivals. A funding round valued Theranos at $9 billion, and Holmes still owns half of the company. 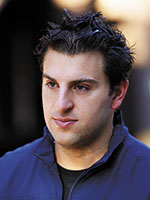 US
Net Worth: $1.9 bln
Brian Chesky
Fresh out of the Rhode Island School of Design, Chesky and college buddy Joe Gebbia put their house up for rent for a weekend to get cash, received three offers in a week, then maxed out their credit cards and started Airbnb, bringing on Gebbia’s old roommate Nathan Blecharczyk. Today the company is worth more than Hyatt Hotels.

US
Net Worth: $1.5 bln
Evan Spiegel
The Snapchat co-founder turned down $3 billion in cash from Facebook’s Mark Zuckerberg for his disappearing photo app in 2013. Smart move: Snapchat is now reportedly seeking funding that would value the company at $19 billion. Spiegel is among the world’s youngest billionaires.

US
Net Worth: $1.2 bln
Alexander Karp
The eccentric philosopher co-founded Palantir, a CIA-backed company that unravels complex data for clients like the NSA, FBI and CIA. Its maps, charts and photos helped Marines predict attacks in war zones and cops find criminals. It is now valued at about $15 billion.

US
Net Worth: $1 bln
Reed Hastings
The Netflix founder has paused, rewound and restarted his business model three times. First it shipped DVDs, then it became the leader in movie streaming, and now it’s acclaimed for its TV shows like House of Cards. He entered the billionaire ranks for the first time.