How to keep employees happy

Want to keep key employees from leaving? Big data is your best ally 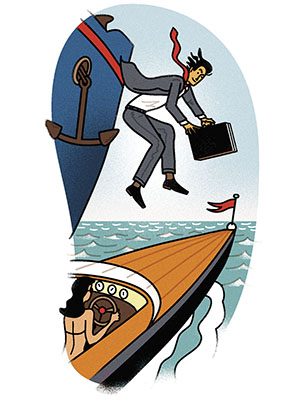 Your star staffer is about to jump ship. Your ace in the hole: You know it even before he does. Today, big firms such as Walmart, Credit Suisse, Yahoo and Nissan rely on big data and a statistical discipline called “predictive analytics” to determine who’s likely to bail out.

Specialists in the burgeoning field include Workday, VoloMetrix and Visier, which have identified dozens of telltale signs that folks are about to quit. Some of the biggies:

A recent promotion: Beware: Many people leverage that sexy new title and fatter pay cheque for an even better job elsewhere.

Avoiding meetings with people not on their immediate team: Why make new work buddies when you’ve got one foot out the lobby door?

Opting out of company benefits: Found an alternative to the company health plan covering Junior’s inhaler and acne cream? Then you don’t need the job as much, either. 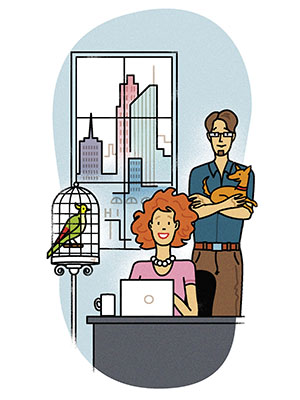 Unlimited vacation: Netflix, Zynga, Groupon and software developer VMware impose no limits on employee vacation time. Mass staff exodus to Tahiti? Hardly. A 2014 Glassdoor survey found that more than half of US workers don’t use all their current paid vacation as it is.

Three-day weekends every week: Treehouse, a Portland, Oregon-based coding and app-design online school with 90 employees, is closed Fridays. Others like Philadelphia marketing shop Beholder and Chicago workflow specialist Basecamp do the same all summer. Says Treehouse CEO Ryan Carson, “We just work smarter instead of longer.” 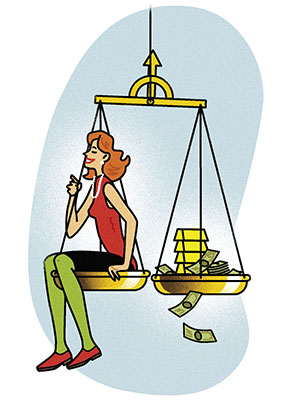 How Much is that Banker in the Window?

What it costs to replace top talent in an organisation


‘Erin x’, a 42-year-old, $340,000-a-year director in the investment management division of Big Boffo Bank’s Manhattan office, up and quits. (Next time: Use predictive analytics! Yeesh.) Human resources data firm Visier estimates that Big Boffo will spend at least three months and 1.5 times Erin’s salary—more than half a million bucks—to replace her. Where does it go? In addition to HR costs and pricey managerial distraction, there’s unused vacation time and headhunter fees. Plus Erin’s replacement could demand more money, and Big Boffo should expect six months of lower productivity as its new hire gets her sea legs.