The measures introduced will bring accountability and transparency to the industry, and developers will have to walk the talk with customers 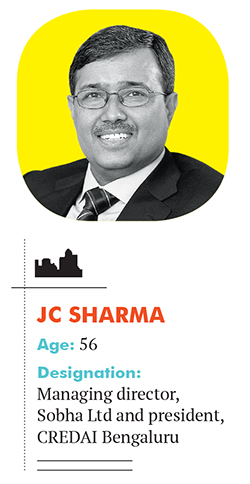 I think it is important to understand the need for a Real Estate (Regulation and Development) Bill. It was drafted because the government felt that developers as a community have not met the expectations of buyers. Consumers face many issues such as delay in delivery of apartments, not receiving refund for cancellations and change in project specifications. In this industry, buyer agreements tend to be one-sided with a bias towards the developer. But, with the Bill coming in, developers will have to work within the framework of the buyer agreement.

It will ensure that transactions between buyers and developers are fair and transparent. The Bill says that every state will have to set up a Real Estate Regulatory Authority (RERA). Property developers will have to upload project details such as site and layout plan onto the authority’s website. A builder cannot sell apartments in a project without registering it with RERA. Real estate brokers will also have to register with the authority. This will improve the sector’s transparency.

If developers want to make certain changes to a project, they will have to take the consent of two-thirds of the buyers, without which structural changes cannot be made. Modifying plans will be cumbersome and expensive, but I still think it is good that the Bill has this provision. Developers will have to learn design-discipline.

There is also a clause in the Bill, which says that 50 percent of a buyer’s money should be kept in an escrow account to be used only for construction of that project. This will ensure that developers don’t divert funds from one project to another. I am aware that some developers, especially in Mumbai, are not happy with this. The argument is that in case of some projects where a developer enters into a revenue-sharing agreement with a land owner, it may not be possible to keep half of the buyer’s money in an escrow account. I think this is something that the developers can negotiate with the regulator. There is a provision in the Bill, which says that under exceptional circumstances, the regulator will consider the request of developers to keep a lower amount in an escrow account.

A lot of people want to know whether the Bill will put an end to delay in delivery of projects. I am not sure about that, but it does create an environment where a customer can ask for a refund. The Bill has introduced a “right to claim refund with an interest” clause in case of failure to deliver the project. The adjudicator will ensure that justice is given. We don’t know how things will pan out eventually, but it will act as a deterrent to project delays or cancellations. All these measures will ensure that we developers walk the talk with customers.

The good thing about the Bill is that even buyers are expected to perform their obligations as enumerated in the buyer agreement, so we can also bind buyers if we are on right side of law. The problem is that some builders have brought disrepute to the entire industry. A developer like us also gets bracketed in the same category as one who violates laws and still sells. This Bill will help weed out the bad apples.

This kind of central regulation will ensure that the real estate industry attracts the right set of players. Developers will be incentivised to behave properly and market forces will ensure that the ones who do not want to change will not survive. Sobha welcomes this Bill.

(As told to Shabana Hussain)