Sound money, timeless innovation and the virtues of laissez-faire: Forbes chairman and editor-in-chief Steve Forbes selects (in no particular order) his eight favourite books of the year 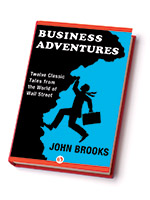 Business Adventures: Twelve Classic Tales From the World of Wall Street
By John Brooks (Open Road Media, $16.95)
First published in 1969 and re-issued this year, Brooks’ vividly written tales cover territory as vast as Xerox’s early success, the failure of the Edsel and the first big modern insider-trading scandal. Bill Gates and Warren Buffett call this their favourite business book; it’ll surely be one of yours, too. 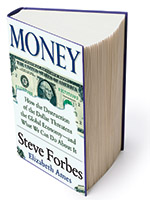 Money: How the Destruction of the Dollar Threatens the Global Economy—and What We Can Do About It
By Steve Forbes and Elizabeth Ames (Mcgraw-Hill Education, $28)
It’s unseemly for a writer to toot his own horn, so we’ll let George Melloan, reviewing the book in the Wall Street Journal, do it for us: “A gem of a book about economic principles and wayward policy.” 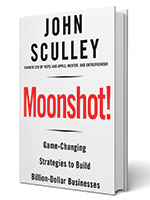 Moonshot!: Game-Changing Strategies to Build Billion-Dollar Businesses
By John Sculley (Rosettabooks, $27.95)
Powerful and persuasive, illustrating principles and observations with real-life stories. Sculley—the former CEO of both Pepsi and Apple—rightly notes that there has never been a better time to launch a transformative business. His takes on the cloud, wireless sensors, big data, mobile devices and the uselessness of traditional business plans all ring true. 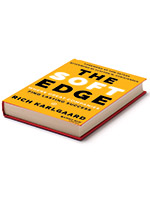 The Soft Edge: Where Great Companies Find Lasting Success
By Rich Karlgaard (Jossey-bass, $28)
Forbes publisher Karlgaard notes that the under-appreciated side of long-term success is the so-called “soft edge”: Trust, smarts, teams, taste and story. These intangibles might strike some as nice but superfluous, but Karlgaard makes the case that mastery of the soft edge is what truly distinguishes great companies from all others. 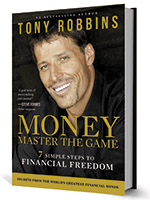 Money: Master the Game —7 Steps to Financial Freedom
By Tony Robbins (Simon & Schuster, $28)
Robbins has done a phenomenal amount of research, as well as in-depth interviews with an impressive array of today’s best investment minds. As a result, this book will appeal equally to the beginner and the most sophisticated money jockey overseeing billions of dollars in assets. 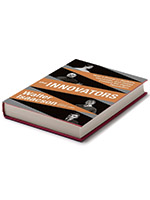 The Innovators: How a Group of Hackers, Geniuses and Geeks Created the Digital Revolution
By Walter Isaacson (Simon & Schuster, $35)
Isaacson’s book offers a magisterial, detailed sweep, from the invention of the steam engine to the high-tech marvels of today, with profiles of the great innovators who made it all happen. Among the book’s excellent advice is this gem from computing pioneer Howard Aiken: “Don’t worry about people stealing an idea. If it’s original, you will have to ram it down their throats.” 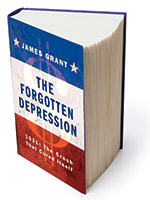 The Forgotten Depression—1921: The Crash That Cured Itself
By James Grant (Simon & Schuster, $28)
The first year of this post–World War I slump was far worse than the first year of the Great Depression less than a decade later. Yet, the 1921 version ended almost as abruptly as it began. Why? Because Washington slashed spending and taxes, and the Fed deflated. Grant engagingly tells the tale of this extraordinary episode, which has been shoved down the memory hole because it doesn’t comport with reigning economic orthodoxy. 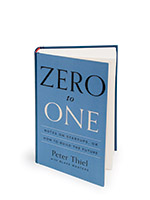 Zero to One: Notes on Startups, or How to Build the Future
By Peter Thiel and Blake Masters (Crown Business, $27)
Chock-a-block with searing insights from a man who knows investing (he was early to put money into Facebook) and startups (his own PayPal). Counterintuitively, Thiel notes that the pace of big breakthroughs has been slowing down since the early 1970s. Another plug for my book: That period also happens to be when the United States went off the gold standard. When the value of money is debased, it’s no surprise that people invest less in the future.