Steve Forbes: How Modi can make India a global superpower

If the reform process stays on course, there's no reason why India shouldn't achieve real double-digit annual growth rates for the next 20 years 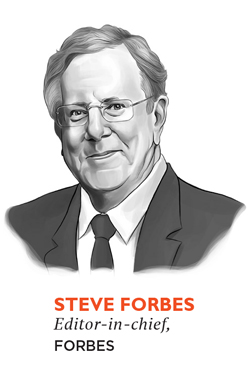 Prime Minister Narendra Modi has moved on a number of fronts during his first year in office and has achieved some success. While the focus has understandably been on what his measures mean for India, the fact is that they have global implications of the first order. Developing countries around the world are comparing India and China, trying to decide which model is best for achieving rapid economic growth.

India is the world’s largest democracy and China is an authoritarian regime where political activity is proscribed. Obstacles that routinely frustrate growth in India can be bulldozed away in China. There are no problems with obtaining land for factories or putting up offices and apartments in China. Infrastructure, from power plants to modern highways and bullet trains, sprouts up everywhere. China’s economic growth has been on an unprecedented scale in human history: A 17-fold increase per capita since 1980 compared with 4.5 in India.

India must demonstrate that democracy doesn’t equate with sluggishness and inefficiency and that free people are capable of internal regeneration and reform.

Indians are proud that this year their country’s economic growth may exceed China’s. But this should be a routine performance.

There’s no reason why India shouldn’t achieve real double-digit annual growth rates for the next 20 years. After all, India can combine the best of two worlds: Harvesting the immense expansion that comes from catching up with developed countries and enjoying the growth, particularly in exports, that comes from its high-tech prowess. Doing this would not only enormously improve India’s living standards but also mean a more humane, democratic and richer world. People around the globe would look to India for inspiration on how they should be governed, on how free people can achieve more progress and enjoy happier lives than those living under dictatorships.

Here are reforms that would help turn this dream into an astonishing reality.

A true national economy: Outsiders are amazed that much of India resembles pre-revolutionary France, with many internal barriers standing in the way of economic efficiency and growth. The US has benefited enormously from having a continental-size domestic market, as would India. Key to this would be passage of a national general services tax to replace the stifling hodgepodge of local taxes that are a baffling array of internal tariffs on the movement of goods. As Forbes contributor Henry To has noted: “India currently does not have a common market; freight that crosses state borders is taxed multiple times by local governments, resulting in a fragmented logistics system and multi-hour delays at border checkpoints. Perishables often spoil while logistics companies are set up with tax avoidance in mind.” Mr To goes on to say that striking this tax morass would add two percent to India’s GDP growth.

Tax reform: Observers speculate that a new GST would come in at 20 percent or more. This is too high, especially for a country that has so many people struggling to climb out of poverty. Finance bureaucrats would find a rate of 10 percent to be too low, but a reasonable rate would be easier to collect and would lessen avoidance incentives.

Regarding personal income, India should also take a page from Hong Kong’s—and some 30 other countries’—tax books and enact a low-rate flat tax of, say, 10 percent, with generous exemptions for adults and children, instead of today’s tiered system. Again, a low rate combined with simplicity would generate more growth and sharply cut tax evasion. 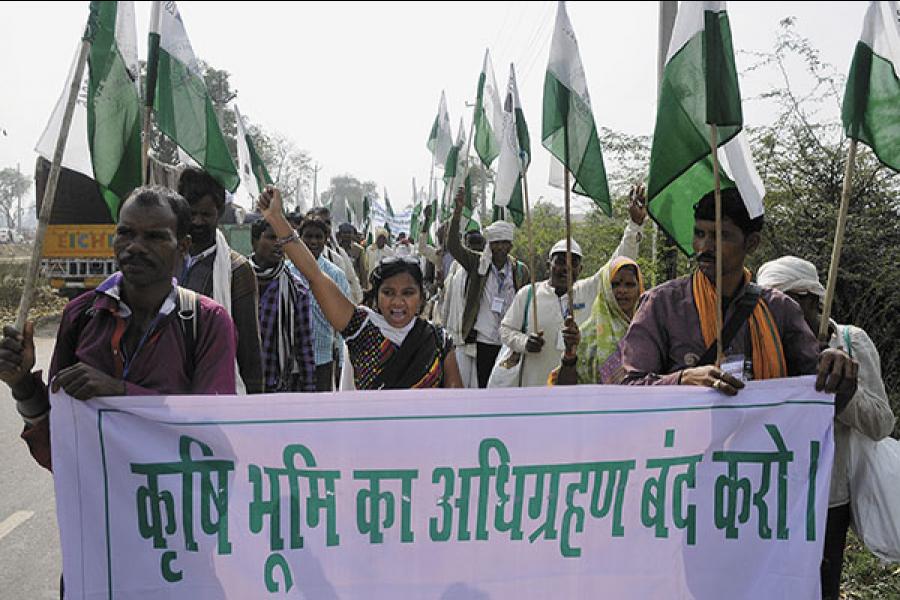 The government is right in getting rid of the wealth tax, but there’s no need to slap a surtax on high-income earners. That simply hurts capital creation, which India needs.

India is phasing in a reduction in the corporate tax, from 30 percent to 25 percent. Don’t go slow; cut it all at once—and 25 percent is still too high. India should follow the example of Hong Kong, Singapore and others and trim the corporate tax to well below 20 percent.

The government must immediately get rid of the 1997 Minimum Alternate Tax, which has been arbitrarily used to chase after foreign firms. That the Modi administration still applies this capricious exaction is a dampener on foreign investment.

Foreign direct investment: Limits have been raised in certain sectors, such as insurance and construction. Systematic liberalisations each year would prove to be a powerful magnet to overseas investors.

Make starting a business easy: The majority of Indians work in the informal economy. A key reason for this is the expense, time and complexity of setting up a legal business. Doing Business, the World Bank’s annual survey, ranks India as one of the worst countries in this category. Setting up a business involves 13 different procedures, which invite corruption and inhibits even trying. The government is simplifying this process, but not nearly enough. A single portal to apply for all the permits is helpful, but scrapping the need for these permits altogether would do the trick. India should follow New Zealand’s example, where the process is simple, quick and cheap. Growth of a formal entrepreneurial class would also generate political support for changing India’s anti-growth labour laws.

The government is working on positively changing bankruptcy procedures. However, it must also reform other aspects of the economy standing in the way of progress, such as contract enforcement and obtaining various permits. Doing Business could be an indispensable guide.

Land acquisition: A huge barrier to growth has been the difficulty businesses have had in buying land. The government had proposed a legislation to streamline this process, but the Opposition still controls the Upper House. Prime Minister Modi may have to make the two houses vote on the matter together.

In his home state of Gujarat, Modi has seen how factories can spring up when permits and environmental clearances are handled expeditiously. Being labelled anti-farmer is inhibiting, but counter-measures, such as special bonuses to farmers for selling land, could prove useful. This would tie in with one of the government’s major and ongoing initiatives of moving toward direct cash payments to the poor instead of the corruption-laden system of in-kind benefits.

Privatisation: During its first term, Modi’s government must move ahead with privatisation, especially of state-run banks. Sale of shares would be an easy source of cash.

Monetary policy: Raghuram Rajan, head of the central bank, has been a breath of fresh air, as he’s focussed on taming inflation and has moved away from the Keynesian fallacy that cheap money stimulates growth. In fact, countries with unstable currencies have lower long-term growth rates than those with stable currencies.

In fact, India could learn from its former colonial master, Britain, which rose from a second-tier European power into a globe-girdling empire, once Sir Isaac Newton fixed the pound to gold. For starters, India could fix the rupee to the dollar, the way Hong Kong has successfully done for more than 30 years.

Finally, Prime Minister Modi, like Margaret Thatcher, must make the case that free markets are the best way to help the poor achieve higher and higher incomes.

(This story appears in the 29 May, 2015 issue of Forbes India. You can buy our tablet version from Magzter.com. To visit our Archives, click here.)

Tweets by @forbes_india
Shikha Sharma: Sustain and accelerate momentum of reforms
Uday Shankar: We need a combination of clarity and will