Uday Shankar: We need a combination of clarity and will

One year in the lifetime of any government is short, but this period has been encouraging 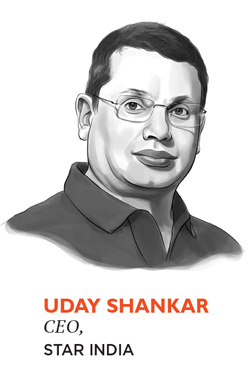 The first year of the Narendra Modi-led government has been quite good. We tend to move in a binary manner when it comes to expectations: It is either a great success or a total failure. That is an immature approach. Considering where the country was, to get it back on track before it starts racing ahead was always going to be a mammoth task. A start has been made.

The groundwork being done to put India on the path of rapid growth is pretty impressive. There are enough challenges. For one, politics in this country has become divisive. There are very few countries like ours where there is a lack of consensus on every issue. Unfortunately, there isn’t even consensus on national growth. If the challenges brought on by the Indian population, poverty and unemployment are to be addressed, then some issues are non-negotiable. The only common ground, unfortunately, seems to be that we will not allow anybody in power to succeed. Even though the current government came into power with a decisive mandate in the Lok Sabha, it still has the Rajya Sabha limitation. And for anything to happen on the ground, you need state governments to be aligned. But there is a lack of alignment at the state level.

When I look back, five years before this government came into power, there was an absolute lack of commitment to do anything except for a few welfare schemes, which were probably good. This is where the most refreshing change has happened. Prime Minister (PM) Narendra Modi has shown a steely resolve to get things done, regardless of the obstacles. His determination, particularly in governing a diverse nation with such a fundamental lack of alignment in core issues, is very important. For example, consider the issue of using ordinances when it comes to matters of land acquisition. I think there is a very sharp intent that comes across, a decisive leadership. It shows a government that has both the clarity and the will. To me, that is very important.

Take the case of our recent fighter aircraft purchase—the Rafale deal. In this country, one of the unspoken concerns was the condition of our Air Force. And yet, the aircraft acquisition has been debated for over 30 years. No honest politician or bureaucrat ever wanted to touch the defence procurement deals. What the current PM has demonstrated is that if it is a national priority, then the chief executive of the country will step up and stick his neck out. The PM saying that the probability of his decision leading to a potential controversy cannot be a good enough reason for inaction reflects his style of leadership.

Another example is the way this government recently conducted the spectrum allocation and coal mining auctions. These were two areas, apart from the Commonwealth Games, that saw big scams under the previous regime. The government had to tread very carefully given what had happened in the past. But we were in an alarming situation on the issue of our electricity generation because there was not enough coal. Again, the government moved with a great deal of clarity and determination, and took the task of cleaning up the mess.

Leadership is not just about the ability to do things when there is no opposition. Leadership is tested and proven when you can do things in the face of determined opposition. One year in the lifetime of any government is short, but to me, this period has been encouraging.

You can’t, however, expect investors to start writing cheques overnight. The global sentiment on India had been set back heavily. I keep hearing that ‘investment hasn’t started coming in’. Of course, it will not come in. People have to be reassured multiple times before they put their money into the country. That will take time. But I admire and see the merit in what the PM is doing by travelling, almost in a feverish manner, all over the world. He is engaging with governments, investors and non-resident Indians (NRIs), with people who care about India, the larger pro-India constituency. He does this because we are a big country operating in a globalised world. The task of positioning India on the global diplomatic and business agenda is best performed by the leader of the country. And if the PM doesn’t do that, then there is a major lapse. 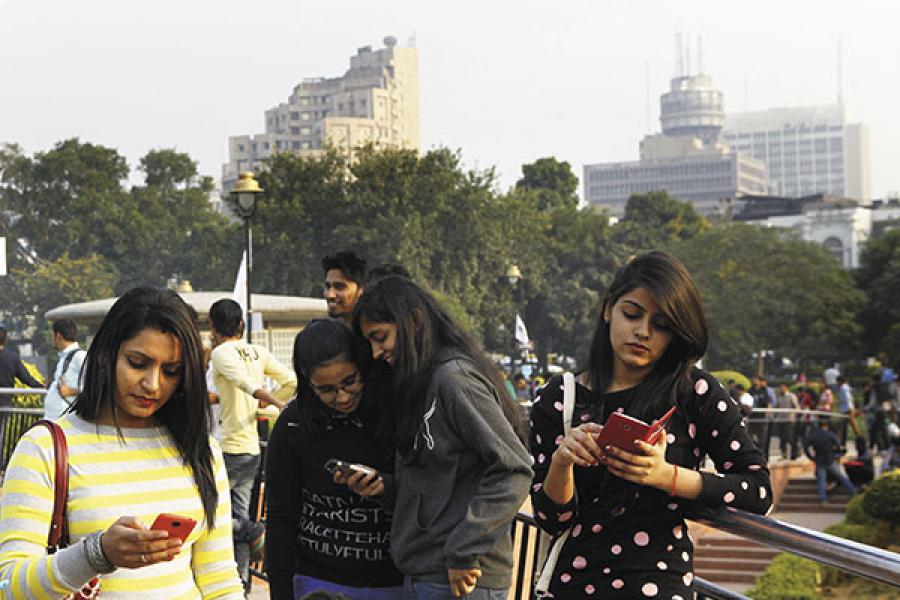 Image: Getty Images
The government must ensure that digital, broadband and internet are available to everyone. It will lead to job creation and unlock entrepreneurship

The way ahead
I expect two things from the government. First and foremost, the government and the PM must recognise that jobs and employment are really important, and the country needs to move on an accelerated path of growth. If both these agendas are to be met, the only thing that can be done is to unlock entrepreneurship. If we can do this, the country will, given the enormous amount of enterprise that exists, chart its own course. People don’t look at the government to help them do something; they only expect that it doesn’t frustrate them in doing what they are doing. If there is a transformational plan by the government to support entrepreneurship, it will become a legacy in the years to come.

You don’t have to be sitting in a big city, big mall or own a big store. You don’t even need huge capital.

If you have any idea and if you think that it has buyers in the marketplace, then you can start servicing and find your clientele globally.

Even before he became PM, Modi talked about the power of digital, broadband and internet. We need to move really fast on this to make sure that we make it available for everybody. I think there is too much drag in the system. There is a need for greater alignment in the PM’s vision, on the government’s vision and its execution down the line. For big data to move, you do need wired broadband and there is no getting away from that.

The fact that we still haven’t been able to create a huge national capacity on optic fibre is a matter of concern. Today, regardless of your capacity to pay, you still don’t have access to high quality digital infrastructure. This is a serious limitation.

I believe that with the combined powers of broadband/internet and digitisation, the creative economy of media has enormous potential to create employment. The power of media is that if you have any skill, you can find a job for yourself. You don’t have to have a college degree. If you have an idea, you have a future. For a country with India’s challenges, that becomes a very powerful resource.

But we are hugely limited by the lack of infrastructure, and this brings me to my last point. I think it is a pity that India has not established any major new institutions for a long time. Almost everything that we are very proud of was created in the early decades of Independence. Be it the Indian Institutes of Technology (IITs), Indian Insitutes of Management (IIMs,) All India Institute of Medical Sciences (AIIMs), the National Institute of Design (NID), etc. All we have done is built brand extensions here and there. We need to start looking at the institutions of the future. India is a big information technology (IT) power and yet, not a single world-class institution dedicated to information technology or digital technology has been created. Today, the TV media industry is so huge, and except for fly-by-night shops, we don’t have any television institutions. (The Film and Television Institute of India was set up in 1960.)

But I finally see hope. What I find good about this government is that somewhere, there is a vision for this country. The vision is not for just a small group of people. I think Modi has a larger vision. And I am hopeful because he has demonstrated leadership, and that he is ready for the repercussions.

A leader makes the decision to follow a course of action. He thinks, ‘Maybe I will get killed and my troops will be massacred; maybe I will lose the territory. So be it’. I am encouraged by the fact that the PM himself is saying that he is ready to stick his neck out because he believes in something.

(As told to Deepak Ajwani)

Tweets by @forbesindia
Steve Forbes: How Modi can make India a global superpower
Podcast: One year of the Modi government