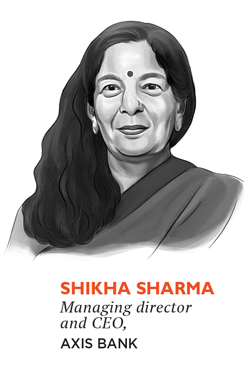 India has emerged as one of the most attractive global investment destinations, with a mitigation of its macro-economic imbalances, falling inflation and a gradual growth recovery. The government has embarked on several initiatives to improve the business environment and to promote inclusive development.
First, the move to auction natural resources instead of discretionary allocations will ensure better price discovery and efficient use of these resources. The coal auctions are likely to improve fuel linkages to power plants that are non-operational or running at low capacities. Second, the steps towards process simplification and efficiency are gradually improving the business environment. The Union Budget of 2015-16 proposed a number of tax measures designed to provide stability. Third, the government has balanced fiscal consolidation with the need for increased government expenditures, in order to catalyse investment and ‘crowd in’ the private sector. Finally, the government has made a concerted move to use Direct Benefit Transfers to lower income families to rationalise and effectively deliver government subventions to the lowest income families. This targeted delivery should increase the government’s leeway on capital expenditures.
The comfort of falling inflation and inflation expectations, measures to ease supply bottlenecks and the quality of fiscal consolidation has comforted the Reserve Bank of India into cutting the benchmark repo rate by 50 basis points, with the aim of lowering lending rates.

The momentum of reforms—building on the measures announced and implemented in the past year—needs to be sustained and, indeed, accelerated in certain areas.
Employment generation has been one of the major planks of the National Democratic Alliance’s manifesto, and the government’s objective. Job creation is probably the best co-optive channel to ensure sustainable and inclusive development. The ‘Make in India’ initiative aims to leverage domestic manufacturing supply of remunerative jobs, but the pipeline of workers will require significant scaling up of skill development and training. Ensuring a steady pipeline of job opportunities will need policy and operational reforms across economic and social segments.

The primary focus for boosting manufacturing activity remains the revival of investment and capital expenditure. The immediate need is to increase government spending to improve cash flows for the vast chain of contractors and vendors linked to government projects and service delivery. Optimising revenues from divestment of the government’s considerable assets and financial holdings to pay vendors is feasible and desirable. Improving cash flows, particularly of the small and medium enterprises who provide services to the government, will enable scaling up of production capacities and hence job opportunities. 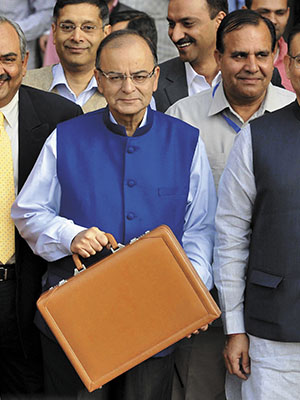 Minister of Finance Arun Jaitley before presenting the Union Budget on February 28, 2015. The budget has indicated a shift towards providing safety nets for lower income groups
But, over the medium to long term, investment in infrastructure projects needs to accelerate. Other than measures to reduce construction and operational risk, large and complex infrastructure investments need innovative financing structures and deep and liquid capital markets. Banks will continue to play a dominant role in infrastructure financing, since they are the largest financial segment with the required appraisal skills.

From a broader perspective, access to finance is one of the key enablers for new projects, investment and growth. The scale of funds required needs the development of a deep and vibrant financial sector. Many measures have already been taken, including a new Indian Financial Code that has replaced the array of old financial legislations. India has had a mature and effective financial regulatory architecture and institutions for many years, and systems are now being put in place to ensure more coordinated responses. A major initiative is to introduce a bankruptcy code by April 2016, which will usher in a modern resolution mechanism for the financial sector.

One major catalyst for boosting investor confidence is to implement a framework for land acquisition procedures.  Given the complex social, political and economic interests involved, mechanisms for an equitable sharing of the opportunity need to be established; also, potential benefits of development need to be communicated to stakeholders, especially displaced and affected families. To assure compensation, a digitised and transparent land title registry would be a welcome step.

Another anchor is a stable tax regime and an effective dispute resolution mechanism. As is widely expected, a major change in indirect tax structures will be brought in by implementing a nation-wide Goods and Services Tax. Together with other measures, like a progressive reduction of corporate tax rates and implementation deferment of cross border taxation, the tax regime is being rationalised.

The budget has indicated a shift towards increasing access to opportunities, together with providing social safety nets for lower income groups. Major advances are being made in targeting subsidies to the poorest and most vulnerable, and these should now be expanded into other government subvention schemes. While the budget has provided large allocations to agriculture, other policy measures are needed to increase agriculture productivity. Access to finance has a big role in stabilising agricultural incomes. The government has been focussed on deepening financial inclusion and, in partnership with banks and leveraging technology, this initiative can leapfrog India into a highly inclusive growth trajectory.

Translating policy reforms into economic activity boils down to easing the process of doing business. The prime minister’s goal of taking India’s ranking in the World Bank’s Doing Business index up by 50 notches requires a significant overhaul of regulatory and oversight processes. The government has moved to integrate many approval processes and move them online. A nationwide payments network can increase India’s logistics efficiency, a key component in competitiveness.

Implementation of these changes now needs to be cascaded down the bureaucratic hierarchy, which oftentimes requires coordination with state governments. Centre-state coordination in the context of the federal policy has been one of the major thrust areas of the government, particularly with regard to the transfer of resources. This stance will potentially allow a more cooperative approach in engaging with states in accelerating the reforms agenda, which now lie preponderantly with state governments.

India is at a defining moment, poised to join the ranks of middle income countries within a generation. The Economic Survey has highlighted key thrust areas of reforms and change, and the steps needed for implementation. Many of these are administrative in nature, but some will entail significant legislative changes, requiring reconciliation of policy, economics and politics between various stakeholders. Adept management of these reforms will provide a stable foundation for high and sustained growth, while ensuring equitable sharing of opportunities for all segments of society.

Tweets by @forbesindia
R&D set to get a shot in the arm at Tata group
Steve Forbes: How Modi can make India a global superpower