The Indian Economy Has Itself to Blame: Fund Managers

The economy may stay in the doldrums in the foreseeable future but the Indian markets appear to be clawing their way out. The question now is: What can spoil sentiment again—do we need to worry about external global events (tapering of bond purchases by the US Federal Reserve, unrest in Syria) or the economic policies followed by India? Forbes India asks fund managers for their take. 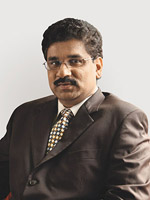 The Syrian crisis may have a short-term impact and a QE taper may have a medium- term effect on Indian markets: Either the events play out or the markets re-adjust. But the chief concern has been the economic policies of the government and the aftermath of the policy paralysis. The bias towards subsidies is well-taken but there seems to have been an overdose and the concurrent implications in terms of high twin deficits, inflation and interest rates have halted investment.
S Krishna Kumar,
Fund Manager, Sundaram Mutual Fund 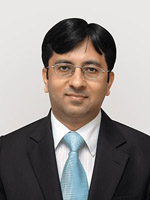 The QE taper has caused debt capital to leave emerging markets and has led to weakening of currencies and rise in interest rates. Spike in oil prices on account of Syria will also cause pain. Red tape, corruption and higher deficits on account of increased social entitlement spends are responsible for lower growth. However, the hubris of corporates in 2006-07, when there was excessive leverage and overambitious projects, is equally responsible for the pain the economy is going through.
Rajeev Thakkar,
Chief Investment Officer, PPFAS Asset Management 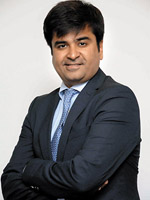 We have only ourselves to blame. When the West was slowing down and money was flowing in to us, we frustrated genuine long-term investors and lapped up portfolio investments. We complain about governance, but some of the policies that put money, food and employment in the hands of the poor give a fine balance of growth trickling top down and fusing bottom up. But putting a stop to anything that is malfunctioning has backfired. We need to learn to repair the system on the go.
Ashish Somaiyaa,
CEO, Motilal Oswal AMC

Tweets by @forbes_india
What is Microsoft Worth?
Tata Sons Ropes in Academic Gurus