Clean technology MoUs, covering a wide range of manufacturing and consulting activity, stole the limelight at the Vibrant Gujarat Summit this year 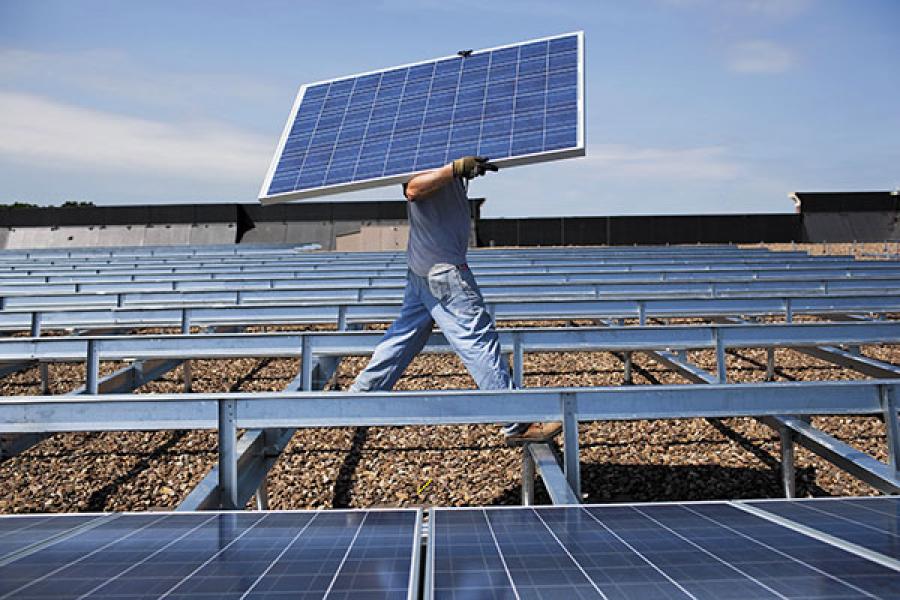 Image: Robert Nickelsberg / Getty Images
A bulk of the renewable energy MoUs signed at the Vibrant Gujarat Summit had to do with solar power

Climate change and clean energy ventures took centre stage at the Vibrant Gujarat Summit this year, almost nudging out traditional industry segments that have made the state the chemical hub of India. Dozens of MoUs signed this year were in the cleantech arena and spanned a range of manufacturing and consulting activity. Some of these were big-ticket investments of global scale which, if fructified, could help India leapfrog into the clean energy game.

In its seventh edition this year, Vibrant Gujarat has been favoured by India Inc as a stage for big investment announcements.

Suzlon Group chairman Tulsi Tanti, who has been attending the event for several years, told Forbes India, “It wasn’t just the entrepreneurs, climate change was also being discussed and highlighted by almost every high-profile speaker—from the prime minister, UN secretary general, US secretary of state to the prime minister of Bhutan. There is huge attention from policymakers and this is very encouraging.”

A bulk of the renewable energy MoUs signed had to do with solar power. Not surprising, considering that the new BJP government has revised the target for India’s solar power generation to 100,000 MW by 2022. A slew of incentives, including subsidies, are being considered to help achieve this and may be announced soon, sources in the MNRE (ministry of new and renewable energy) say.

Gautam Adani, group chairman of the Adani Group, signed a deal with the US-based SunEdison to build the largest vertically integrated solar cell manufacturing facility in the world. The new factory, to be built with an investment of Rs 25,000 crore, will have a production capacity of 7.5 GW per year. It will make key ingredients for solar panels.

Adani’s ambitious pitch can be understood in comparison with existing leaders in the global PV (photovoltaic) business. Chinese company Trina Solar is the largest solar panel maker in the world today. It has an annual production capacity of about 3.8 GW, while the second largest company, First Solar Inc, has a total capacity of 2.4 GW (as of September 2014). “The facility will create enough solar panels to fuel substantial solar growth in India,” Adani Power chief executive Vineet S Jain said. It is expected to start production in the next three to four years.

Ironically, even as the Adani Group pitches itself as a global leader in power generation from renewables, it is battling heavy criticism from NGOs for giving the environment a short shrift at its projects in Gujarat and Maharashtra.

Speaking on the potential of PV manufacturing in India, Dr Tobias Engelmeier, founder of Bridge To India, a solar consulting firm based in India and Germany, says, “The global market for photovoltaic cells collapsed two years ago due to oversupply. But it is beginning to pick up now because of consolidation among the manufacturers and improved margins.’’  Many solar industry experts are of the opinion that the real fillip for solar power in India will come from its retail adoption through rooftop generation. Engelmeier says there is currently a big gap in this as individual customers are not comfortable buying solar equipment. 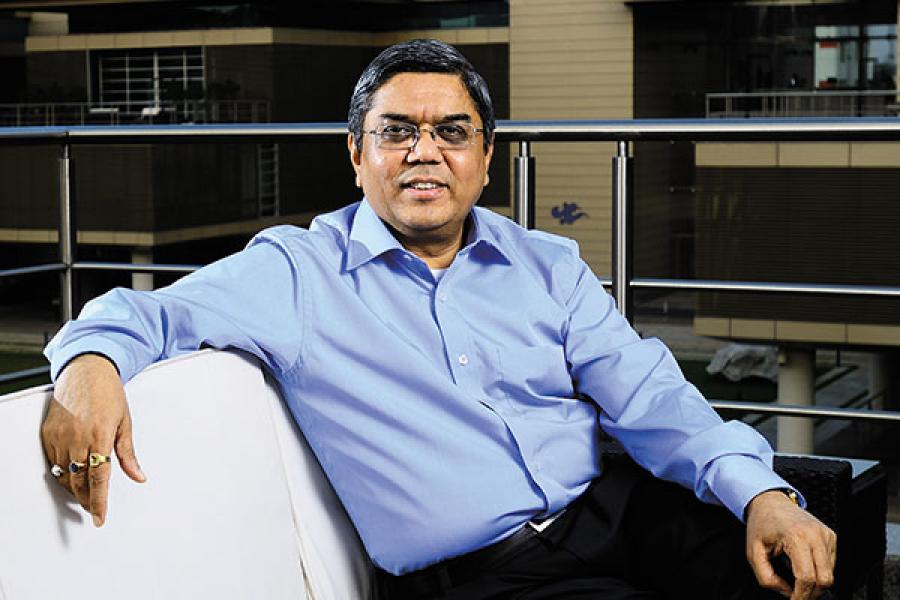 
Independent power producer Inderpreet Wadhwa, founder of Azure Power, is among those wanting to tap the rooftop opportunity. The company signed an MoU at Vibrant Gujarat to launch a national certification programme for rooftop solar photovoltaic installers.  The programme is aimed at developing workers skilled in solar PV, engineering, construction and operations.

The other big announcement in renewable power at the event was by Delhi-based Welspun Renewables. The company, which is already a large solar power developer, committed to set up 500 MW wind power and 600 MW solar power capacities in Gujarat. The 1 GW project, in partnership with Gujarat Urja Vikas Nigam, will have an investment of Rs 8,300 crore, the company said. Solar power generation is still about 40 percent more expensive than wind power. Developers also need much larger parcels of land than for wind power generation.

Tanti’s response to this is to develop a ‘hybrid’ model—one that generates wind and solar power in the same facility. Tanti has expressed intent to develop up to 3 GW of such power in Gujarat. “Our plan is to develop IPPs (independent power projects) around industrial clusters—say in the textile, auto ancillary or food processing industries,’’ he says. He has already done this for wind power, at clusters like Tirupur, where about 400 mill owners receive electricity from their own windmill.

Suzlon now plans to replicate this in Surat and Dholera (in Gujarat) and at industrial locations in other states, with one big difference—he will also put up solar PV panels in the facility. “The SMEs will not be able to afford the solar equipment, so the solar power will only be sold to the grid. The idea is to increase the overall efficiency. The power evacuation facility is common, and will be better used. And so will the people operating and maintaining the equipment over the years,’’ he says.

The Narendra Modi government’s fresh focus on renewables could well be a lifeline for Suzlon as developers look to buy wind power equipment. Apart from equipment sale to other developers, the company is looking at adding capacity as a power generator and developer. Tanti is trying to script a turnaround of the wind-turbine maker, which is straddled with a debt of Rs 17,320 crore (as of September 2014). A major chunk of the de-leveraging is expected to come from the part-sale of its German subsidiary Senvion SE. But India’s first global wind power entrepreneur is also buttressing its presence in the home market. “Solar has momentum today,’’ says Tanti. “We expect to add 200 MW of hybrid capacity in four states by March 2016.’’

So, even as falling oil prices have taken the wind out of the sails of renewable energy investments globally, India seems to be bucking the trend and marching towards a greener future. The government is pushing for 10 GW of new renewable power capacity every year. If the queue of entrepreneurs at Vibrant Gujarat is any indicator, we might get there soon.