When a billion-dollar divorce isn't enough

When a billion-dollar divorce seems unfair 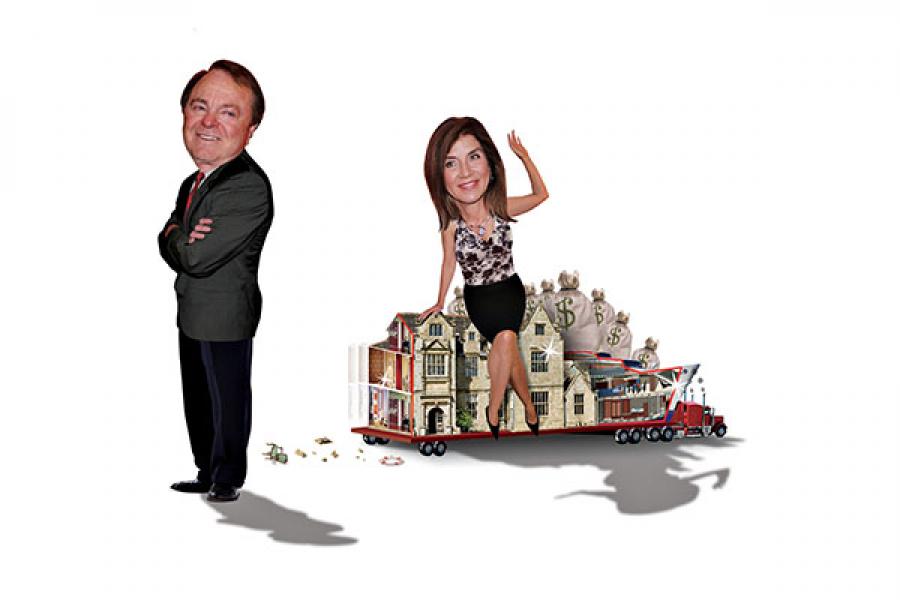 An Oklahoma judge recently awarded Sue Ann Hamm a $1 billion divorce settlement in her split from her husband of 26 years, Harold, but she’s appealing because—despite having received one of the largest cash settlements in history—she doesn’t think she’s getting enough. Greedy? Well, not really. At the time of the decision, Harold Hamm, the oil-and-gas man who’s the CEO of Continental Resources, was the 24th-richest man in the country, with a fortune of some $18.7 billion. That judgement therefore amounted to just 5 percent of his wealth. Several other members of The Forbes 400 have parted with much larger portions of their pile when wedded bliss fizzled.


Steve Wynn
2010
Settlement: $740 million
Share of net worth: 32%
The casino mogul and his wife, Elaine, were actually married before, for 23 years, before divorcing in 1986, remarrying in 1991 and then divorcing again.

Craig Mccaw
1997
Settlement: $460 million
Share of net worth: 23%
He got the house, she got the Gulfstream, but for five days a month they agreed to swap.

Tweets by @forbesindia
Remembering the dead: Taliban ravage school in Pakistan, kill 130 children
India has the potential to become a $10 trillion economy