How will the forces of regulation and technology change the business of investment banks? 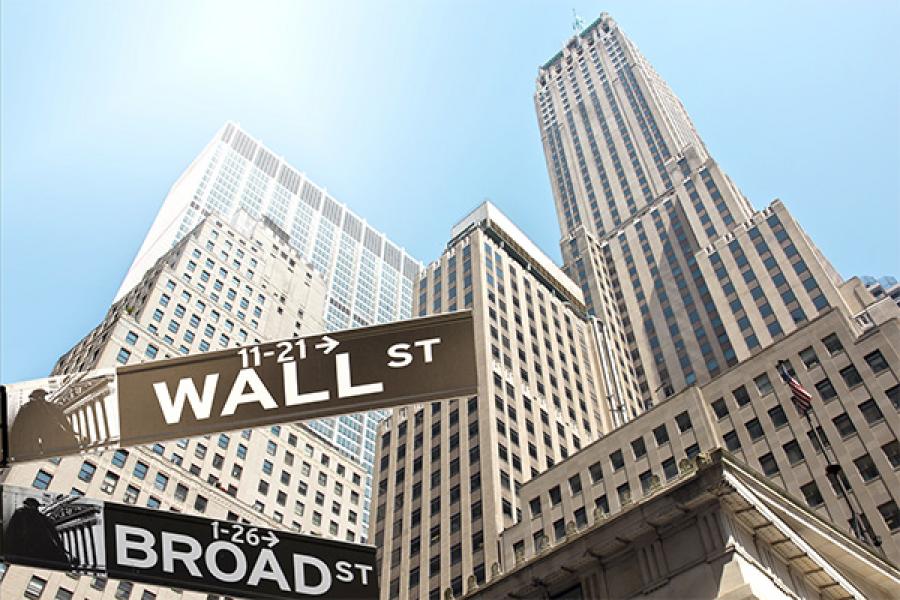 Investment banking has always been a highly cyclical business, growing when the markets grow, shrinking when they shrink. But a combination of regulation, technology and investment suggests that, as stockbrokers have traditionally whispered in boom times, this time it’s different.

The go-go era of investment banking that began in the mid-1980s and thrived up to the financial crisis appears to be on its way out, as the biggest banks shrink in response to regulation and smaller, more focused firms, funds, and start-ups take a larger share of the market. “It’s becoming a mature industry,” says George Kuznetsov, a London-based member of the executive board at Coalition, a banking data firm.

Over the past few years, the number of banks with aspirations to become one of the world’s top three investment banks has shrunk from 10-15 to three, says Kuznetsov. Six years ago, in 2009-2010, all those large banks aspired to be one of the top three of almost everything. No longer. “At this point in time, that mentality doesn’t exist,” he says.

“The rest of the industry is becoming much more specialized, much more optimized, and basically accepting the fact that they are losing market share,” Kuznetsov notes. These days, he says, most banks are focused on serving their core clients’ needs, dropping other lines of business.

Regulation Slows Business
The biggest reason for the loss of ambition is of course the fallout from the 2008 financial crisis. Populist Democrat Sen. Bernie Sanders of Vermont may rant with some justice that “Congress doesn’t regulate Wall Street; Wall Street regulates Congress,” but in the aftermath of the financial crisis and subsequent bailouts of insolvent banks, legislatures in Europe and the US tightened many of the rules of the game. Under the new rules, banks operating in the US must now keep much more capital on their balance sheet and trade no more than 3% of their core capital.

Fewer companies are going public now, reducing the need for IPOs, another once-lucrative function performed by investment banks. US offerings fell to 170 in 2015 from 275 in 2014, according to a report by Renaissance Capital, a brokerage firm. The offerings raised $30 billion altogether, nearly two-thirds less than the $88.3 billion raised the year before. Globally too, activity fell: the number of deals dropped to 310 from 417, and cash raised to $156.5 billion from $241.5 billion.

Lawrence White, a professor of economics at the Stern School of Business at New York University, believes this is simply a cyclical phenomenon, but Nicholas Valerio, a professor of finance at Emory University’s Goizueta Business School in Atlanta, argues that this too is a function of the growth in regulations, as the regulatory burden of being a public company and the growing liquidity of the private market tend to keep young companies out of the stock market.

“The advantages don’t completely outweigh the negatives now in terms of going public,” Valerio says. “The private markets are becoming a bigger marketplace. It’s not as fragmented as it used to be, it’s a more liquid market or a more efficient market. So companies realize that staying private and looking at private sources of financing is a viable alternative.”

Regulation may also be helping to drive the growth of boutique investment banks, in because it helps them woo senior bankers, to whom they can tout the cultural advantages of the partnership structure that the big banks gave up when they went public: lower overhead, fewer worries about red tape—and perhaps most of all, the possibility of bigger payouts for principals.

In mergers and acquisitions, for instance, boutiques took 27%, or $1.79 billion of the $6.72 billion, of fees for completed M&A deals, compared to the 14% or so they captured in the early 2000s, according to Thomson Reuters data.

However, White sees this growth as a cyclical rather than a permanent shift as well, noting that the big banks’ ability to bundle financing with advice will always give them some advantage. The drawing back of the big banks may have widened boutiques’ opportunities for now, but maybe not for long. “I don’t think the investment banking space [will] suddenly become populated only by boutiques,” he says.

In addition to regulation, technology is also driving change in the industry. Fixed income, in particular, is becoming automated. “Automation reached the stock market a number of years ago, and so now that’s trickling into the bond market,” says Valerio. The number of issues made bonds more difficult to automate, but now, he says, it’s beginning to happen.

If the evolution of the bond market follows the path of stock trading, margins are likely to become increasingly tight. Today, the combination of regulatory scrutiny and technology has pushed commissions to below 1%, according to Greenwich Associates, a financial industry consultancy.

Nor is technology affecting only the trading floor. Financial advice is also being automated, and may eventually hollow out a once lucrative segment of the investment banking business. A Citi Researchreport recently estimated that so-called robo-advisors may have as much as $5 trillion in assets under management by 2025, up from about $14 billion in 2014.

But Greenwich Associates argues that there is a limit to the degree of automation the market will tolerate. “Most cars are bought with a handshake and a signature, not with an online payment. When purchases are expensive and complicated, we generally feel more comfortable making the decision to go ahead when we can talk it through with someone knowledgeable on the other end. Financial markets are no different and this human touch will never lose its importance,” Greenwich analysts conclude.

In the back office, however, cost is definitely trumping sentiment. For instance, a lot of financial analysis once handled by junior staffers on site can now be sent abroad. “A lot of the analysis work can be done by somebody in Bangalore,” Valerio says.

Goldman Sachs, for example, is now building a 1.5 sq. m., $200 million campus in Bangalore with enough space to accommodate 9,000 people, or more than a quarter of their current global staff of 34,000 employees.

Between regulators driving down profits and technology driving down costs, compensation has stayed flat at the major banks for the past three or for years. Base salaries now comprise a larger percentage of salary, bonuses are down and more bonuses given in stock, the end result being that a generation that would have retired in their 50s are sticking around longer, he says. This is creating a bottleneck for junior bankers—and a trend among East Coast MBAs to head to Silicon Valley instead of Wall Street, according to Valerio.

Overall, employee headcounts at most investment banks have either stayed flat or shrunk in almost every department but compliance. “Compliance has just exploded,” Kuznetsov says.

Lower Systemic Risks
The good news, for people outside the industry, is that the new regulations have put the industry on a much firmer footing. “Levels of capital and loss-absorbing debt are substantially greater than they were in ’07—that alone makes the whole system much less prone to those kinds of systemic problems,” White points out.

But even that possibility White considers to be more of a serious vulnerability than a major risk. “I don’t think that a [money market run] gets us to ’08-type circumstances, but we can certainly do better than we’re doing right now,” he says.

Most observers see a quieter era ahead for the investment banks. The industry won’t shrink to the pre-deregulation levels of the 1970s, but the booms won’t come back either, predicts White. “They probably won’t end up back at 1980; but they sure won’t be back at 2007,” he says.