Networking 2.0 series: How to work your network

How should you make the most of online networks? 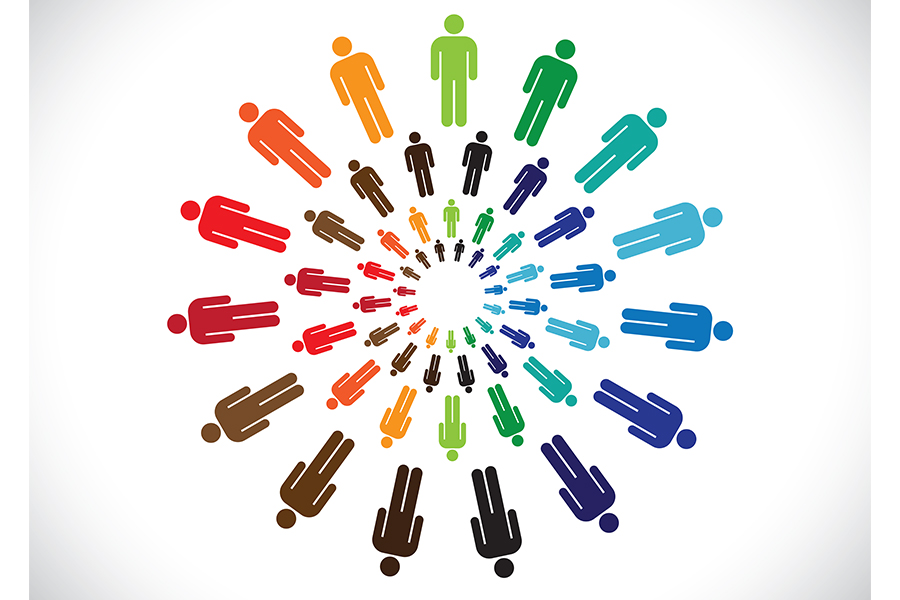 Dunbar has found that for most people social groups radiate out in concentric circles, beginning first with a close group of up to 15, generally family and best friends; then a larger group of 50; then 150 people you’re comfortable talking to anytime
Image: Shutterstock


From the smoke signal to email, advances in hommunication have had organizational consequences. In this four-part series, we look at how online social networks are beginning to change the way business is done. We looked first at what coaches and academics have learned about what electronic networks are and aren’t good for and now, at what the latest research says about how to make your personal network work for you.

Wayne Breitbarth of Milwaukee, Wisconsin, first got interested in LinkedIn in 2007. He owned an office furniture dealership at the time, but this was the height of the Great Recession, and business was bad.  A friend suggested he try LinkedIn to generate a few leads.

“So I explored LinkedIn, begrudgingly, not wanting anything to be good about it because at 50 years old, I just didn’t like changing...Then I realized that LinkedIn was not really as much social media as it was the best database of business professionals we’ve ever had. The light bulb went on that this is different, that this is not about posting as much as it is about being able to use key words and different filters to find the right people that you’d like to meet.”

He began to get a few orders through LinkedIn, and then, to drum up more business, Breitbarth had the idea that he would give free seminars to people about how to use LinkedIn. The seminars would lure people to the store and maybe some of those people would buy office furniture.

The seminars were a success – that year, he gave 105 seminars on LinkedIn in all. He sold some office furniture, as he planned, but the biggest sale he made was to himself: he wrote a book about using LinkedIn (The Power Formula for LinkedIn Success), and four years later, sold his share of the dealership to become a full-time LinkedIn consultant.

Ten years later, the LinkedIn network has grown to over half a billion people. Breitbarth has sold 80,000 copies of his book and is working on a fourth edition and is a leader in a legion of LinkedIn consultants. Yet despite all that familiarity and expertise, he still finds that a lot of people aren’t using the software effectively and don't really see its value.

“Most of us during our career have spent a lot of time networking and it’s fairly ineffective in that you’re in a roomful of people and you know some people in that room are exactly who you want to meet, but nobody writes on their forehead, I need a new chair,’” he says. With LinkedIn, you can find the right people, right away.  “It’s really networking on steroids. And most people don’t get that still. Most people still just have an account and it’s sparse, it looks like a resume.”

Todd Nilsson, a consultant who specializes in building online communities, based in Two Rivers, Wisconsin, agrees that people have yet to catch up with the opportunity LinkedIn and the other social media sites represent for professionals. “We have just an embarrassment of riches in terms of the tools and platforms available to us,” he says. “It’s more information than we could ever get our arms around. But the sociology hasn’t caught up with the technology.”

Social media has confirmed scientists’ understanding of humanity’s cognitive limitations. Two decades ago, for instance, a British sociologist, Robin Dunbar, theorized that human beings can’t really maintain stable social relations with more than 150 people at a time.  Looking back into human history, he found that over and over again, people have tended to divide themselves into groups of roughly 150.  Recently, Dunbar, now a professor evolutionary psychology at Oxford University, has found his number holds true for the virtual world as well, in studies that found for instance that the average Facebook user has approximately 150 friends.

Dunbar has found too that for most people these social groups radiate out in concentric circles, beginning first with a close group of up to 15, generally family and best friends; then a larger group of 50; then 150 people you’re comfortable talking to anytime; and an uncertain number of acquaintances. But he warns that those circles are not stable. “The layers of the network have very specific frequencies with which you have to contact a person to keep them in the layer. These are: 5-layer (once a week), 15-layer (once a month), 50-layer (about once every six months), 150 layer (once a year),” Dunbar wrote in an e-mail.

“These are minimum values,” he added. “If you drop below the value for a layer, the friend will slide into the next layer within about 2-3 months. It seems to be very quick.”

When it comes to job-hunting, in particular, some experts argue that these cognitive limits may actually matter more now because of the relentless self-promotion encouraged by social media have raised the overall noise level.

“We’re almost in a post-social media world right now in that the whole idea of promoting yourself professionally or your company professionally is increasingly difficult,” Nilson says. “It’s tough to be seen.”

This may have some important ramifications. For one thing, for most of the past few decades, people have been told over and over again that the most important sources for job information were weak ties – in other words, acquaintances -- the reason being that we are more likely to learn more new things from people with whom they don’t share a lot of information regularly.

But this may be changing. “Today, you have a lot more visible and explicit, empty and not very rich connections with people,” says Ilana Gershon, an associate professor of anthropology at Indiana University and author of Down and Out in the New Economy: How People Find (or Don’t Find) Work Today.  Although some people still find jobs through weak ties, she says, workplace ties have begun to matter more, both as a source of information and as people who can offer a credible recommendation. “I can know someone at work well enough that I know how they work, and how they get along with other people, but not being willing to call them a friend.  But the kind of knowledge I have about them will matter a lot,” she says.

So how should you make the most of online networks?
Set a goal. Most people don’t think through an objective they’re trying to achieve with their network, says Breitbarth, and he thinks this is a mistake. Don’t worry about trying to hit an arbitrary number of contacts, he says. There really isn’t one right size or one right shape; what’s best for you will depend on what you’re trying to accomplish.

Do your homework. Woody Allen supposedly said that 80% of success is showing up, and this still seems to be true in the new networking world.  If you’re applying for something, says Nilson, the consultant, “there’s an onus on you...to know what they’re about.” But Nilsson, a former recruiter, says he is struck by the number of people trying to network who don’t bother to find out anything about his company or what he might need – or recruiters who actually read candidates’ resumes.

Think about a brand called “us.” One factor in particular that Gershon argues hurts job seekers today is the fact that people get overly concerned about trying to make themselves unique. She has found that this habit of thinking of the self as business that Tom Peters ushered in with his 1997 essay “The Brand Called You” may be interfering with their ability to get new jobs or become fully engaged at work.

Learn the etiquette. In the old days, many of the social worries centered on real, physical meetings:  What subjects are you permitted to talk about? How should you hold your utensils?  Now a new professional etiquette is forming around digital contacts, according to Gershon, who is also the author of a study on how couples separate in the digital age, The Breakup 2.0.

Which medium you use when is still in the process of being worked out, according to Gershon. On a first contact, should you email first, for instance, and then speak on the phone telephone? Should Skype the person with the camera on or off?  If you use a camera, have you set up your office so it looks presentable? Is a LinkedIn connection an implicit recommendation? Should you invite your professional connection on LinkedIn to be a Facebook friend too? Do you know the person well enough to send a text message?

Don’t be devoured. Laurence Prusak, a Boston-based researcher and consultant who specializes in knowledge management, argues that people who are serious about their careers shouldn’t rely entirely on virtual connections. “Look at the people who get anywhere in organizations. I guarantee – this I’m positive about – I guarantee that all of them are tremendously political. They talk to people, they’re always around.”

“Our mobile devices are designed like slot machines – they’re designed to monopolize our time,” warns Nilson. Be careful that you’re using your tools, and not the other way around.