What will Showrooming do to Brick and Mortar Retail in China?

Will the rise of e-commerce and “showrooming” kill traditional retail?

Brick and mortar retail once felt fairly brick-like. In mature markets, some of the department stores were more than 100 years old, and sometimes even looked a bit like castles. Later, malls and big box stores popped up, and created a whole new landscape, that also looked, in its way, just as permanent.

Then came the Internet. Over the past 20 years, as e-commerce has grown from a distant rumor to an uncomfortable reality for traditional retailers, the balance of power between virtual and physical commerce has shifted, almost day by day. Now, with the rise of smartphones, the competition is becoming even fiercer. These days, the virtual barbarians are not only at the gate, they’re on Aisle 5: experts say that “showrooming”–the practice of checking out a product at a brick and mortar store and then ordering it for less online–is one more sign that retail as we’ve known it may be on its way out. 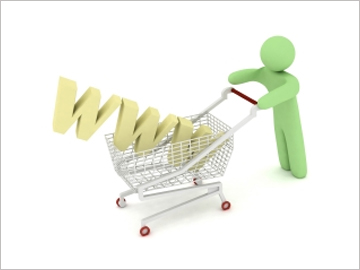 For traditional retailers, the strategic options against this challenge are limited. Philip Kotler, the S.C. Johnson & Son Distinguished Professor of International Marketing at the Kellogg School of Management at Northwestern University, widely acknowledged as the Father of Marketing and author of the seminal book, Marketing Management, has witnessed firsthand the changes in the marketing landscape over the past several decades. He says in an email interview, “A retailer who is faced with customers who demonstrate that they can get the same goods for less elsewhere has five choices.”

Retailers are trying a number of tactics to thwart the online hordes. Some retailers are experimenting by removing barcodes to make the price-checking process a little more difficult. Others may try different tactics. Oceanne Zhang, a Shanghai-based analyst for global retail consultancy Kantar Retail, predicts that more and more retailers will go online, expand in categories that can still attract offline retailers, and continue to find ways to improve the shopper’s experience, such as renovating the store or offering a loyalty card. Others are likely to emphasize their private label brands, she adds. For example, China Resources Vanguard, a 450-store supermarket chain operating mostly in Hong Kong, Shenzhen, and Guangdong, increased its private label sales by 300% in 2012.

Game Over
Unfortunately, many analysts seem to see the fifth alternative as the most likely fate for most players. “Retailers are doing what they can, but in the end, there’s no way of dealing with this,” says Howard Davidowitz, chairman of Davidowitz & Associates, a New York-based investment bank and consultancy that specializes in the retail industry.

Davidowitz and other retail experts argue that the cost structure of online retailers is so much lower in many merchandise categories that old-line stores can’t compete on price. As the venture capitalist and blogger Jeff Jordan notes, after its outlays for real estate, clerks, and inventory, even an extremely profitable retailer like Best Buy, a highly efficient US electronics chain, can’t stand up to Amazon, which delivers $0.9 million in revenue per employee compared to Best Buy’s $0.3 million.

Indeed, online retailers seem to be picking up many sales through showrooming: a 2012 IBM survey of 26,000 global consumers found that showrooming drives 50% of online sales, and that the practice is particularly prevalent in electronics and luxury goods.

Davidowitz is also skeptical that service will make up for the price difference. He points to the case of Barnes & Noble, the US bookseller, which tried to enhance its in-store service, online service, and even launched its own e-reader, The Nook, to try to keep its book sales up in the face of Amazon’s delivery sales and the rise of the Kindle reader. “They did everything: they had people in the stores reading books to babies. There is nothing they didn’t do. And they’re in the crapper,” he says.

Distracting people from price may be difficult in the US and Europe. “Eighty percent of our country is under water,” says Davidowitz. “People are much poorer, they’ve lost 40% of their net worth, their income is down 10%. Eighty percent of the people walking around, they’re destroyed. It’s the same thing in Europe, that 80% is killed. They don’t have jobs, when they have a job, they’re working fewer hours, and their job is insecure, and their house is underwater. Everything about their lives is terrible economically… they’re watching every nickel, and they have to and they’re right to do it.”

One exception may be in the realm of corporate social responsibility. Following a fire in a Bangladeshi garment factory in April that killed over 900 people and a scandal in Europe last fall when horse meat was found used in place of beef in a variety of prepared foods, consumers in mature markets may be looking for more transparency in how their products were manufactured.

This emerging issue could lend a new dimension to showrooming that might not break as predictably toward the low price supplier if consumers begin to use their smartphones to check on whether people were exploited or the environment compromised in the manufacture of the product.

One advocacy group, Free2Work, offers a smartphone app that lets consumers scan a barcode and receive an instant grade of the likelihood that the product was produced without forced or child labor.

A garment trade association is also considering its own source transparency app. The New York Times noted on May 9 that the Sustainable Apparel Coalition, an industry group whose members in include Gap, Target, and Wal-Mart, is now considering creating a website or an app that would to give consumers information about ecological and social consequences of the clothes they are thinking about buying.

In many categories, however, price savings seem certain in traditional brick and mortar vendors. Already, whole categories that used to dot every town are simply gone: video stores, travel agencies, and music stores have all migrated to the Internet. Others seem likely to follow soon. Online eyeglass vendors, for instance, are growing in popularity: Warby Parker, for instance, a US vendor, sells designer eyeglasses starting at $95, about a third of the price at which they are sold by many opticians.

Shutting Shop
The changes may be dramatic. Green Street Advisors, a US investment consultancy, forecast in 2012 that 10% of the country’s 1,000 malls will be gone by 2022–and other analysts think they may be too conservative. In the UK, too, high street shops closed at the rate of one every hour in 2012, according to a tally by PricewaterhouseCoopers and the Local Data Company, and in 2012, Deloitte, another major accounting firm, predicted that as many as 40% of all British high street shops could close over the next five years.

“People haven’t really got how big this is going to be,” says Davidowitz, who predicts that over the next seven or eight years, retail space will shrink. Even the major chain stores will be reducing their store areas dramatically, he predicts, from as much as 180,000 sq. ft. (18,000 sq. meters) to 25,000 sq. ft. (2,500 sq. meters). Already, he says, Wal-Mart, Target and the other big chains are only building smaller stores.

Showrooming is likely to affect China too, but in a somewhat different way, experts say, in part because when it comes to showrooming, China is far ahead of the curve. IBM, in its recent global survey, found that Chinese shoppers showroom more than consumers anywhere else: 26% compared to 7% in the US.

“Showrooming is definitely happening more frequently in China than in other countries,” agrees Kevin Der Arslanian of the China Market Research Group. “This is firstly due to the fact that the consumer market is still immature and consumers are actively seeking product education when considering a purchase. They achieve this by going in-store, looking and manipulating products, and asking staff for advice.”

A second reason is that there is a bigger gap between physical and virtual prices in China than in the mature markets, according to Der Arslanian. “In certain sectors, such as electronics, this is due to the lack of emergence of a dominant player, which led to price wars between major retailers such as Jingdong (360buy.com) and Suning during which products were sometimes sold at a loss. In others, such as clothing, consumer-to-consumer shops on Taobao have items similar to large, well-known brands but offered at a fraction of the cost.”

The Day After
However, analysts predict that traditional retail will survive showrooming, but in a highly changed form. “I think that the whole notion of a shop… completely takes on a different dimension,” says William Grimsey, former CEO of Iceland, a Welsh supermarket chain, and author of Sold Out, a 2012 book about Britain’s vanishing high streets.

If you want to see the future of brick and mortar retail, several experts point to the Apple stores, which are more about the ‘Apple experience’ than moving particular products. They like its limited assortment of products, knowledgeable staff, seamless integration between online and offline offerings, in a very attractive shop.

Besides smaller stores, Der Arslanian predicts more emphasis on goods suited to impulse purchases, and heavier advertising of their online channels in the retail store. In addition, Zhang foresees more emphasize on categories that can’t be easily purchased online, such as prepared foods, vegetables and fruits.

Although exclusively brick and mortar retailers won’t survive, Grimsey says, he believes people will still have a need to touch and feel products. Shops will be more “condensed”, he says, and use high-technology to create new kinds of displays and experiences. Already, he says, some shops in Germany have introduced a new kind of window-shopping that allows you to order the product via a touchscreen built into the window.

And the talent behind the counter will need to change as well. In the past, the best retailers often worked their way up from the shopfloor. Grimsey, 61, rose from working as a butcher’s boy at age 15 to top executive positions in Hong Kong, South African, and UK grocery chains.  But Grimsey believes the profile of tomorrow’s successful retail entrepreneur is likely to be quite different.

“Today's retailer is a geek, and there are geeks out there who can understand customer service as well,” Grimsey says.

“They're actually few and far between, because most geeks don't [understand service], but the geeks that do are going to be the retail entrepreneurs of tomorrow... if you're a retailer with bricks and mortar, my advice is to go multichannel as quick as you can, get the competency in place, and recruit some geeks who are good at customer service."

Tweets by @forbes_india
Why Do Highly Capable Women Not Always Realize Their Workforce Potential?
Why You Can Bank on India Post