Give "Capitalism" a Chance

Even businessmen do not seem to understand what capitalism is. If they did, they wouldn’t be pleading for lower interest rates determined by fiat 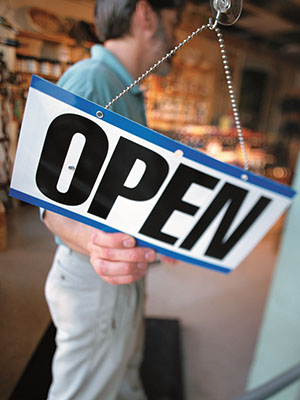 Image: Corbis
Open for business: Studies have shown that capitalist societies are not just properous, but compassionate

The prevailing majority opinion in the country and the world over is that the crisis of 2008 was caused by greedy speculators and unregulated capitalism (the repeal of the Glass-Steagall Act in the US, unfair lending practices, etc). But that’s not so, and it’s probably best to start by defining what capitalism really is. This becomes even more important in the context of India since many here believe that Manmohan Singh, P Chidambaram, and institutions such as the Reserve Bank of India, the Planning Commission and the Confederation of Indian Industry stand for, or espouse, capitalism.

While it’s understandable why politicians and government follow a socialistic agenda, it is a sorry state of affairs when even industry associations argue in favour of narrow self-interest (eg, seeking lower interest rates). No wonder, capitalism has received such bad press—and very undeservedly so! However, one can hardly blame the common man for misunderstanding capitalism when even so-called “capitalists” don’t seem to have a clue about the basic principles of capitalism.

The Austrian School of Economics holds the two defining facets of capitalism as ‘limited government’ and ‘sound money’. ‘Limited government’ implies a system where the role of the government is confined to protection of property rights from internal/external aggressors and enforcement of contracts. This would imply that the police/army and the court/justice systems function effectively. One of the other necessary elements of limited government would be balanced budgets (where governments would use the ‘accrual system of accounting’). I am adding this condition since Ludwig von Mises, a former leading light of the Austrian School, never envisaged a situation where most governments, including the US and India, would use cash-based accounting to hide the extent of deficits their programmes are creating. Beyond this, everything else would be determined by the free market.

‘Sound money’ refers to gold and silver circulating as money without a central bank and where interest rates are market determined—that is by savers and borrowers of capital. We could dilute the standard to mean a central bank that either enforces a gold standard (as was the supposed charter of the US Fed when it was formed in 1913) or, at the very least, expands the money supply at a rate no greater than the GDP growth rate so as to ensure monetary integrity and maintaining the purchasing power of the currency.

A society that lives by these rules can be called capitalistic. Now it’s also worthwhile clarifying who defined the above as capitalism. There are essentially four schools of thoughts in economics—Marxism (the far-Left position), Keynesianism (left-of-centre), Monetarism (right-of-centre) and the Austrian School (far right)—and this progression from left to right represents a transition from communism to capitalism. So, those who argue the US is a capitalistic society, or those who attribute the current macroeconomic issues to capitalism, have their basic definitions wrong.

If anything, the crisis indicates the problems caused by state interference, particularly through manipulation of interest rates, within a market economy. Of course there are other interventions that worsened the nature of imbalances, such as state sponsored insurance of mortgages through Fannie Mae/Freddie Mac, state sponsored deposit insurance through FDIC. But all of these are subservient in the fundamental monetary interventions though the Federal Reserve.

As many studies say, capitalism results in the most prosperous and also the most compassionate of societies. Disparities of income are also the lowest in such societies (for example, the rich-poor divide has dramatically widened in the US since the country moved off the gold-standard in 1971) and, as Adam Smith would argue, it’s the “invisible hand” of the free market that works to lift the living standards of all citizens without any explicit targeting of the same. It’s the profit motive of the entrepreneur that makes him strive for excellence, thereby providing society with the products and services necessary at the lowest possible cost. Again, as Adam Smith would summarise, “it’s not from the benevolence of the butcher, the brewer, or the baker that we expect our dinner, but from their regard to their own interest”.

The corruption of free markets usually happens through an expansion of the state’s powers—either for warfare or for welfare. These excesses are usually funded not through taxation, but through inflation—ie debasing the currency—seigniorage gains in the days of the gold standard and a much more straight-forward printing press these days.

The unfortunate political scenario in our country is that all the political parties—Congress, BJP, Communists, AAP, regional parties—occupy the very crowded position of Keynesian economics and/or left of even that position. The entire space at the centre and right of centre is practically empty with all parties engaged in a race to out-left the others. One of the most disgraceful arguments ever witnessed was Yashwant Sinha (a supposed reformer) making a case against the UPA’s Food Security Bill saying that not enough of the population has been covered. The Bill considers about 67 percent of the population as being unfit to earn their basic requirement of cereals on their own.

Bimal Jalan, a former RBI governor, did not have the intellectual courage to outright criticise the Bill for what it aims to do—and the unseen consequences of the same.

Or consider what Subramanian Swamy suggested in response to Raghuram Rajan’s increase of repo rates. What Rajan did on September 20 was a baby-step in the right direction, but he has miles to go before votaries of sound money can sleep. This small 25 basis points, or bps, (100 bps make 1 percent) increase has been touted as a hawkish move by one-and-all primarily because of the last few decades of monetary mismanagement to fund fiscal excesses. Now Swamy is arguing for greater fiscal excess to solve the problems caused by fiscal excess.

If one thought the Congress was mismanaging the economy, the BJP promises to do worse. The fight between different political parties is increasingly looking like a race between currencies to the bottom!

It’s indeed hard to imagine a situation where political parties take up the case for capitalism. But the captains of industry should know better. Instead of arguing for lower interest rates, subsidies and protective legislation, they should argue for market-determined interest rates and deregulation as a solution to India’s problems. After all, if the capitalists do not defend the principles of capitalism, who else will?

Shanmuganathan “Shan” Nagasundaram is the founding director of Benchmark Advisory Services, an economic consulting firm. He is also the India Economist for the World Money Analyst. He can be contacted at shanmuganathan.sundaram@gmail.com