Where's Austerity? Why Blame it for Slow Growth? 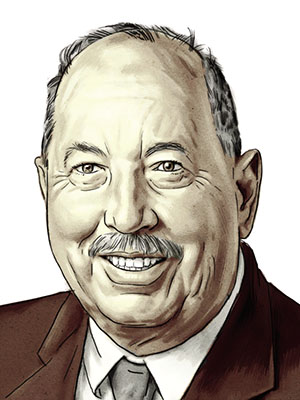 Keynesian economic thinkers complain that the world’s economies are drowning in austerity. They argue that we don’t need spending cuts; rather, governments must consume a great deal more of other people’s money. Greece must reverse previous cutbacks; Congress must loosen the purse strings in the US; and Japan must follow suit.

The problem with the light-spending narrative is that there’s been no government restraint to speak of in the very countries supposedly suffering its negative consequences.

Take the PIIGS (Portugal, Italy, Ireland, Greece and Spain), which have supposedly been devastated by governmental parsimony. Official European Union figures reveal something else entirely. They show that the PIIGS embarked on a massive spending spree between 2000 and 2008 as their combined government expenditures rose from €775 billion to €1.3 trillion euros—a 75 percent increase. These binges gave public sector workers generous salaries and benefits, bridges to nowhere and gold-plated health care, unemployment and pension systems.

When the financial crisis hit in 2008, so the story goes, the poor PIIGS were forced into devastating austerity. Not so, according to the official statistics: Between 2008 and 2011, the PIIGS increased spending by 6 percent from an already high plateau. The EU’s projections, which optimistically assume spending cuts, still show the PIIGS spending more in 2014 than at the peak of their spending binge. That the PIIGS have continued to spend unabated means that their ‘stingy’ neighbours (read: Angela Merkel) have continued to bail them out, largely out of public sight.

The PIIGS remind me of the patient whose doctor orders him to lose weight by eating less. The patient responds by doubling his caloric intake. He later cuts back by 10 percent and wonders why he is not losing weight. The PIIGS went on a spending binge from which they do not want to retreat. They then blame their problems on austerity and a lack of charity from others.

The Keynesians have new reason to cheer. Japan, under the new government of Shinzo Abe, has embarked on monetary and fiscal stimulus, and stagnant Japan actually recorded a whole quarter of decent growth. Has it at last seen the light?

For those with short memories: Japan has for years tried a dizzying variety of Keynesian stimulus programmes, some bordering on the supremely odd (such as handing out department store vouchers), and has nothing to show for it. Indeed, Japan’s public debt proves the failure of government spending as the path to growth. In 1990, Japan’s public debt was 67 percent of GDP (much like the US today), yet today it is 212 percent. All that public spending and Japan has remained in a multi-decade slump. At a more normal interest rate of 5 percent, Japan would have to devote 10 percent of GDP to interest payments alone.

Which leads us to the sequester, which was supposed to ruin the US economy. In truth, the US spending story is very similar to the one previously told about the PIIGS: A binge of public spending that has not been reversed. Between 2000 and 2008, government spending increased by almost two-thirds. Despite the supposed austerity of the last few years, the federal government today is spending 16 percent more than it did at the peak of its binge spending. State and local governments, which cannot borrow as freely, are spending a modest 11 percent more.

Instead of “Where’s the beef?” we should ask, “Where’s the austerity?” Those who blame austerity for our economic woes should consult the facts before they pontificate.

Paul Roderick Gregory is research fellow at the Hoover Institution at Stanford University and the Cullen Professor of Economics at the University of Houston.