Apple's first-quarter sales are up despite coronavirus slowdown

Apple said on Thursday that its revenue rose nearly 1% to $58.3 billion in the first three months of the year, despite coronavirus lockdowns in China, where Apple assembles nearly all of its products and sells almost a fifth of them 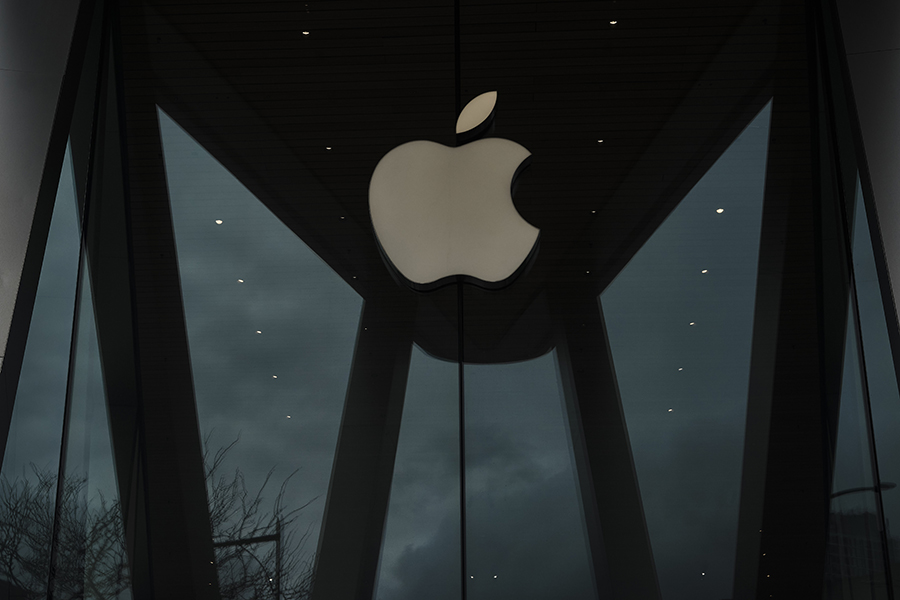 Clouds seen in reflection from the facade of an Apple Store in Brooklyn during the early days of the coronavirus pandemic, March 17, 2020. Apple said on April 30 that its revenue rose nearly 1% to $58.3 billion in the first three months of the year, despite coronavirus lockdowns in China, where Apple assembles nearly all of its products and sells nearly a fifth of them.
Image: John Taggart for The New York Times

The global economy is showing signs of collapse, yet Apple said that its sales continued to rise and that it was buying back another $50 billion in stock.

The tech giant has long been a bellwether for global industry, and investors will now hope that is still the case. Apple said on Thursday that its revenue rose nearly 1% to $58.3 billion in the first three months of the year, despite coronavirus lockdowns in China, where Apple assembles nearly all of its products and sells almost a fifth of them.

Apple said it more than compensated for a 7.5% decline in revenue in China, Taiwan and Hong Kong with surging sales of its internet services, like iPhone apps and Apple Music, as well as the Apple Watch and AirPods.

Yet there are signs of a rougher path ahead. Analysts expect the current quarter to be much uglier because of the shutdowns across much of the world to combat the spread of the virus. “The supply chain is largely back up and running, but now the question is what kind of demand is there going to be for their products,” said Toni Sacconaghi, an analyst with Bernstein Research who tracks Apple.

Apple declined to forecast sales for the quarter, “given the lack of visibility and certainty in the near term,” Timothy D. Cook, Apple’s chief executive, said Thursday on an earnings call. “Over the long term, though, we have a high degree of confidence in the enduring strength of our business.”

April results and Apple’s expectations for the next two months suggest that the virus’ upheaval of modern life would pose some challenges to Apple’s business — and some benefits, said Luca Maestri, Apple’s chief financial officer.

He added the company expected sales of iPhones and the Apple Watch to suffer because customers often want to see them in store before buying, and Apple has closed more than 450 stores around the world because of the virus. But the company predicts sales of its internet services, as well as Mac computers and iPads, to grow as more people remain largely confined to their homes.

Demand was slow in the first half of April, Maestri added in an interview, but that it ticked up in the past two weeks, which he attributed to government stimulus programs and new products. “We are optimistic for the future,” he said. “We think that there’s going to be some of our products that are going to do quite well in this environment.”

Apple showed some confidence by extending an aggressive pattern of stock buybacks, announcing it would repurchase another $50 billion of its stock, a potentially bold move at the likely outset of a recession.

Because Apple used changes in the tax law to bring back most of the $252 billion it had held abroad in 2018, the company has now authorized $225 billion in share repurchases. The new tax law set off a record binge of stock buybacks in recent years, but now such buybacks face increasing criticism.

Apple’s results easily beat Wall Street estimates, but the company’s profit still shrank 2.7% to $11.25 billion from a year prior, its fifth decline in profit in the last six quarters. Those declines are in part fueled by falling sales of iPhones, one of its highest-margin products. Apple said iPhone sales decreased 6.7% to roughly $29 billion, while revenue from Apple’s services and wearables businesses together grew by 18.4% to $19.6 billion.

Tweets by @forbes_india
Business news brief: US stocks have best month since 1987
Meeting the spread of coronavirus with a contagious resilience