India, a vast country with an underfunded health care system, would have struggled to contain the second wave no matter what, as a more contagious new variant fuelled the spread and people stopped wearing masks 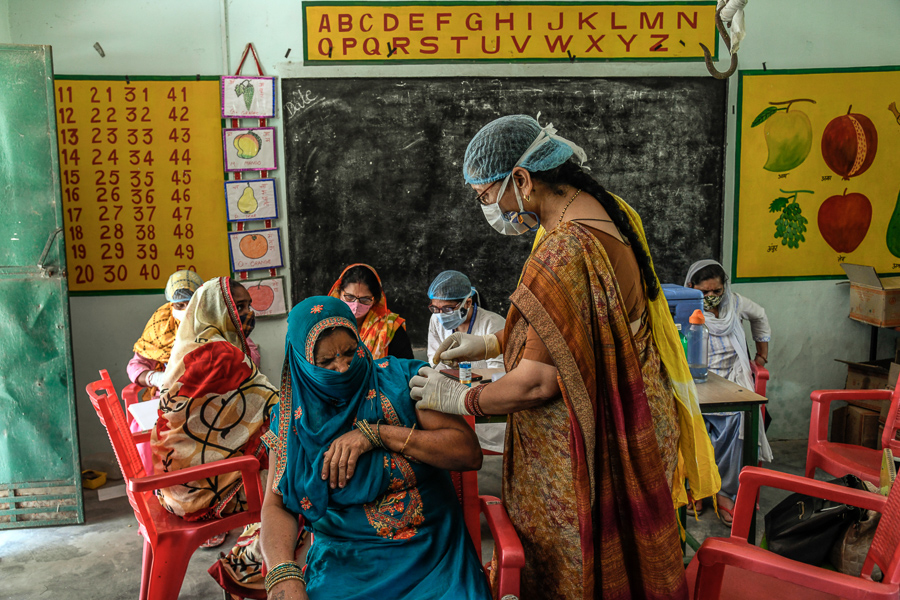 The forecast was mathematically based, government-approved and deeply, tragically wrong. In September 2020, eight months before a deadly COVID-19 second wave struck India, government-appointed scientists downplayed the possibility of a new outbreak. Previous infections and early lockdown efforts had tamed the spread, the scientists wrote in a study that was widely covered by the Indian news media after it was released last year.The results dovetailed neatly with Prime Minister Narendra Modi’s two main goals: Restart India’s stricken economy and kick off campaigning for his party in state elections that spring. But Anup Agarwal, a physician then working for India’s top science agency, which reviewed and published the study, worried that its conclusions would lull the country into a false sense of security.Agarwal took his concerns to the agency’s top official in October. The response: He and another concerned scientist were reprimanded, he said.In the wake of the devastating second wave, which killed hundreds of thousands of people, many in India are asking how Modi’s government missed the warning signs. Part of the answer, according to current and former government researchers and documents reviewed by The New York Times, is that senior officials forced scientists at elite institutions to downplay the threat to prioritize Modi’s political goals.“Science is being used as a political weapon to forward the government narrative rather than help people,” said Agarwal, 32.Senior officials at Agarwal’s agency — called the Indian Council of Medical Research, or ICMR — suppressed data showing the risks, according to the researchers and documents. They pressured scientists to withdraw another study that called the government’s efforts into question, the researchers said, and distanced the agency from a third study that foresaw a second wave.Agency scientists interviewed by The Times described a culture of silence. Midlevel researchers worried that they would be passed over for promotions and other opportunities if they questioned superiors, they said.“Science thrives in an environment where you can openly question evidence and discuss it dispassionately and objectively,” said Shahid Jameel, one of India’s top virus experts and a former government adviser who has been critical of the agency.“That, sadly, at so many levels, has been missing,” he said.The science agency declined to answer detailed questions. In a statement, it said it was a “premier research organization” that had helped to expand India’s testing capacity. India’s health ministry, which oversees the agency, did not respond to requests for comment.India is hardly the first country where virus science has become politicized. The United States remains far short of taming the disease as politicians and anti-vaccine activists, fueled by disinformation and credulous media, challenge the scientific consensus on vaccines and wearing masks. The Chinese government has tried to obscure the outbreak’s origin, and vaccine skeptics have won audiences from Russia to Spain to Tanzania.India, a vast country with an underfunded health care system, would have struggled to contain the second wave no matter what. A more contagious new variant fueled the spread. People had stopped wearing masks and socially distancing.“Prime Minister Modi has never, ever said to lower the guard,” said Vijay Chauthaiwale, a member of Modi’s governing Bharatiya Janata Party.Still, the government contributed to complacency. Modi boasted in January, just months before the devastating second wave hit, that India had “saved humanity from a big disaster.” Harsh Vardhan, then the health minister, said in March that the country was “in the endgame of COVID-19.” (Amid criticism over the government’s response, Vardhan stepped down in July.)The ICMR, which conducts and reviews research for the government, played a major role in shaping perceptions. India has not released granular data on the virus’s spread, hampering the ability of scientists to study it. In that vacuum, the agency offered projections that often steered debate.Politics began to influence the agency’s approach early last year, according to scientists familiar with its deliberations.In April 2020, in the midst of a nationwide lockdown ordered by Modi, the government blamed an early outbreak on an Islamic gathering, spurring attacks against Muslims by some Hindu nationalists, who provide the core of the prime minister’s support.