As Israel reopens, 'Whoever does not get vaccinated will be left behind'

Israel is one of the first countries grappling in real time with a host of legal, moral and ethical questions as it tries to balance the steps toward resuming public life with sensitive issues such as public safety, discrimination, free choice and privacy 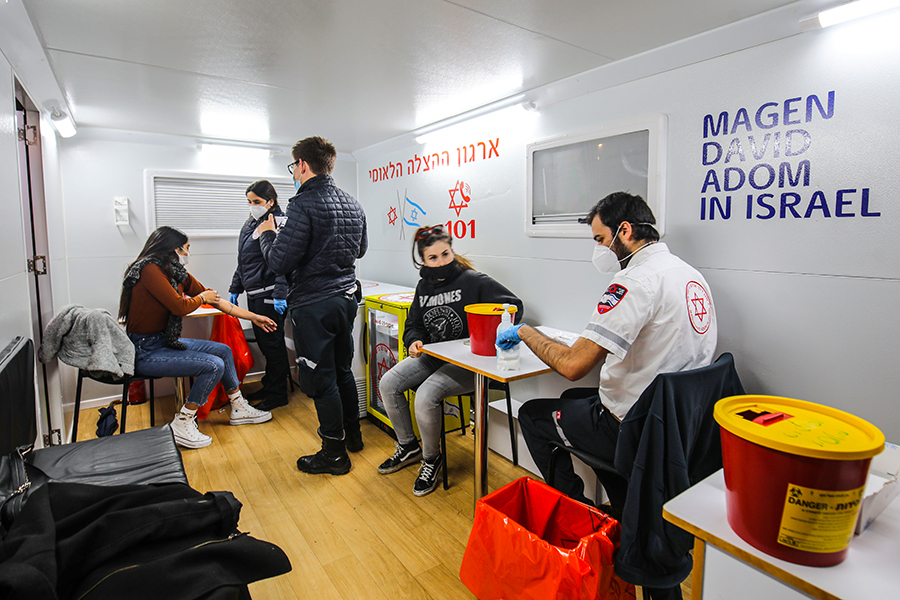 Israeli youths receive coronavirus (Covid-19) vaccine within the scope of the campaign, free non-alcoholic drinks of various types were distributed to those who came to be vaccinated at the center in Tel Aviv, Israel on February 18, 2021. (Photo by Mostafa Alkharouf/Anadolu Agency via Getty Images)