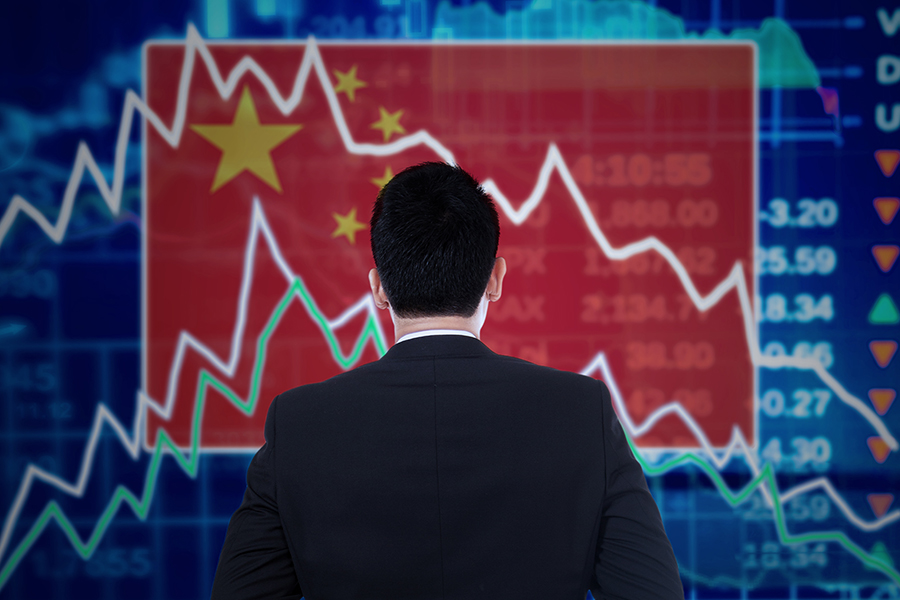 BEIJING — Parting with years of precedent, China abandoned on Friday an annual growth target for 2020, in an acknowledgment that restarting its economy after the coronavirus outbreak will be a slow and difficult process.

In his annual report to lawmakers meeting in Beijing, Premier Li Keqiang said that the country has made major achievements in its response to the coronavirus epidemic and that economic development was a top priority. But while he set goals to limit inflation and unemployment, he did not announce a target for economic growth for the year.

“At present, the epidemic has not yet come to an end, while the tasks we face in promoting development are immense,” Li said. “We must redouble our efforts to minimize the losses resulting from the virus.”

The two key policy moves at the congress — retreating from a once sacrosanct growth target while pressing an offensive to subdue the opposition in Hong Kong — suggested that even as China acknowledged the cost of the pandemic, the government is determined to show it will not be politically cowed by the crisis.

Li, who is second-ranked in the Communist Party hierarchy behind Xi Jinping, the country’s top leader, made his speech to the nearly 3,000 congress delegates, who wore masks as they sat in neat rows in the ornate Great Hall of the People.

It was one of his rare opportunities to take the political spotlight, which usually shines almost exclusively on Xi. Throughout the coronavirus outbreak, Li assumed an important adjunct role to Xi, taking charge of the leading group formed to steer China’s response.

The annual congress, which usually convenes in early March for about two weeks, had been delayed and shortened to a week this year because of the coronavirus crisis. Even in ordinary times, the meeting is as much symbolism as substance — a party-controlled vehicle to praise its leadership and approve laws and budgets in a process aimed at conveying an image of a transparent government.

This year, though, the symbolism matters more than usual. Xi has sought to project confidence and absolute control as the government tries to revive the economy, restart schools and businesses and claim credit for largely ending the epidemic that spread from Wuhan in central China from late last year.

By this week, the coronavirus outbreak had infected more than 89,000 people in China, including over 4,600 who died from the virus. Delegates opened the session with 60 seconds of silence for the victims of the outbreak.

“In the fight against the epidemic, a group of medical staff, cadres and workers, community workers sacrificed their lives, and many patients lost their lives,” said Li Zhanshu, the chairman of the congress and one of the seven men who rule China as members of the Standing Committee of the Politburo. “We express our deep condolences for the sacrifice of martyrs and deceased compatriots.”

The unusual arrangements for the congress meeting this year reflect continued worries that China has not totally contained the outbreak. Most journalists have practically no access to the events and must instead follow proceedings and join news conferences over video links.

Delegates have been required to undergo nucleic acid tests for the virus before they are even allowed to travel to Beijing.

On the agenda are proposals to improve the country’s disease surveillance system and hospitals, after the coronavirus outbreak exposed systematic failings. Investors are also looking to the meeting — which will approve a long-delayed budget for 2020 — to offer a clear sense of direction in the economy.

Li’s budget proposal calls for an economic stimulus program equal to about 2% of the country’s economic output last year. That is much smaller than the extra deficit spending being incurred in most industrialized countries. China’s central government budget deficit was only around 3% last year.

China’s top financial planners have been leery of having the government borrow yet more money to hand out checks to the public the way governments in the United States, Hong Kong and elsewhere have done. Debt-fueled stimulus programs helped the Chinese economy rebound quickly from the global financial crisis a decade ago but left the country burdened with debt and awash in wasteful projects.

Li announced instead a series of small measures that are likely to be popular but will have a modest cost. He said that the government would cut the cost of broadband Internet access this year by 15%, for example. And he said that the government would increase its subsidies for basic medical insurance for rural residents and urban nonworking residents — but only by a little over $4 a year per person.

Li emphasized that despite the economic slowdown, there would be no retreat from eradicating persistent poverty by the end of this year, a goal that Xi has made a pillar of his man-of-the-people image.

Military spending will also continue to grow, with budget documents released by Li saying that it would increase by 6.6% this year even as overall central government spending is slated to fall 0.2%.

Such an increase in military spending is likely to represent an expansion in its share of the entire country’s output, coming as economists are predicting growth of only around 1% to 2% this year.

Li made a clear effort to reassure domestic and foreign investors that China remains committed to its gradual evolution away from central planning toward a greater reliance on markets.

“We need to pursue reform and opening up as a means to stabilize employment, ensure people’s well-being, stimulate consumption, energize the market and achieve stable growth,” he said. He did not address recent trends that have pointed to the contrary, such as the sharp shift by the state-controlled banking system toward more loans to state-owned enterprises instead of private enterprises.

He reaffirmed China’s commitment to the phase 1 trade agreement with the United States, which has allowed the United States to retain a wide range of tariffs on Chinese goods while China resumes buying a lot of American pork and other farm products. Because of the pandemic, China has fallen far behind that agreement’s targets for imports of American manufactured goods and energy.

The Chinese premier’s annual work report generally steers away from commenting directly on diplomatic feuds, and Li did not directly speak to tensions with the Trump administration, which has accused Beijing of delays and cover-ups that allowed the virus outbreak expand into a pandemic.

China has maintained that it acted quickly and transparently, and Li signaled that China would continue to promote itself as a responsible partner in the global health crisis.

But at the same time, he also included a rare acknowledgment that China had made mistakes in handling the pandemic.

“Many weak links have been exposed in public health emergency management, and the people have expressed their views and suggestions, which deserve our attention,” he said.