In a surprise and risky outing, Donald Trump, currently suffering from Covid-19, stepped out to greet supporters at Walter Reed, even as doctors point out gaps in the health reports coming out of the president's consulting team

By Peter Baker and Maggie Haberman 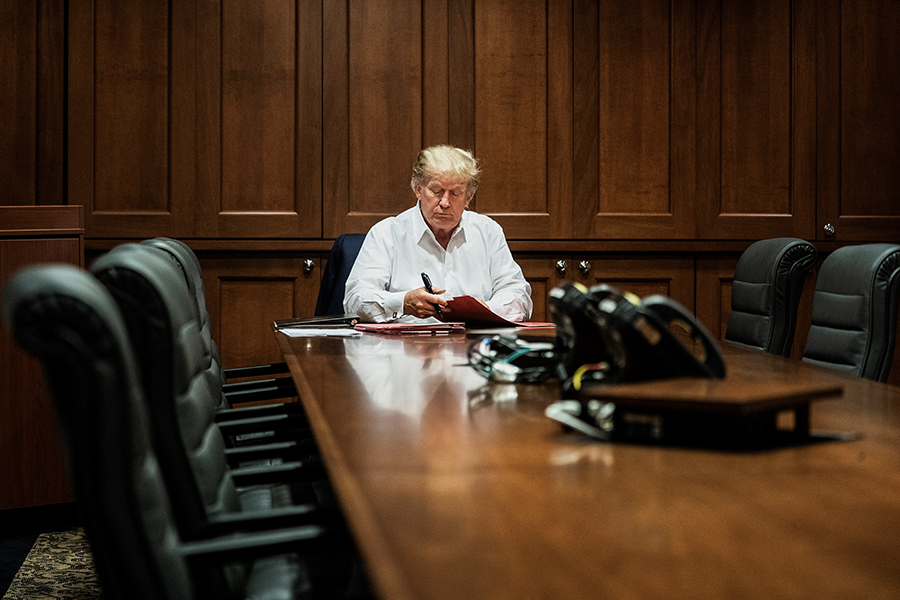