The 2021 Oscars will be delayed, thanks to coronavirus 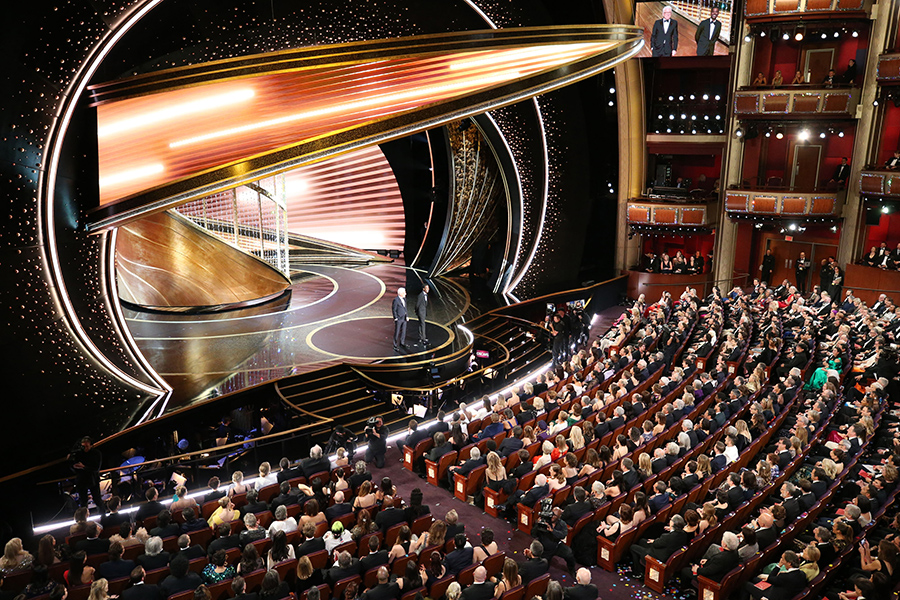 Steve Martin and Chris Rock during the 92nd annual Academy Awards at the Dolby Theater in Los Angeles, Feb. 9, 2020. The Academy of Motion Picture Arts and Sciences said on Monday, June 15, that it would push back the next Oscars ceremony to April 25 from Feb. 28, citing the coronavirus pandemic. Image: Noel West/The New York Times

LOS ANGELES — The Academy of Motion Picture Arts and Sciences said on Monday that it would push back the next Oscars ceremony to April 25 from Feb. 28, citing the coronavirus pandemic. The postponement, the fourth since the Academy Awards were introduced in 1929, could prompt the Golden Globes and other entertainment award shows to recalibrate. The eligibility window for best picture consideration at the coming Academy Awards was extended to Feb. 28 instead of Dec. 31. to make up for the closing of theaters between March and June. The academy did not say whether the April 25 show on ABC would involve the usual red carpet and live audience. “Our hope, in extending the eligibility period and our awards date, is to provide the flexibility filmmakers need to finish and release their films without being penalized for something beyond anyone’s control,” David Rubin, the academy’s president, and Dawn Hudson, the organization’s chief executive, said in a statement. “For over a century, movies have played an important role in comforting, inspiring and entertaining us during the darkest of times. They certainly have this year.” The academy consulted with the Los Angeles County Department of Public Health in selecting a new date for the Oscars. “We find ourselves in uncharted territory this year and will continue to work with our partners at the academy to ensure next year’s show is a safe and celebratory event,” Karey Burke, president of ABC Entertainment, said in a statement. The Oscars telecast is a big business, generating 83% of the academy’s roughly $150 million in annual revenue. ABC controls broadcast rights until 2028 at a cost of about $75 million a year. The network seeks nearly $3 million per 30-second commercial. The academy also said Monday that its Governors Awards, which is not televised and where lifetime achievement Oscars are handed out, would not take place this fall as planned. “Additional information about the ceremony and selection of honorees will be provided at a later date,” it said. The academy, which last week unveiled a new plan to promote nominee diversity (starting with the 2022 ceremony), also pushed back the opening for its long-delayed museum in Los Angeles; the nearly $400 million project, originally set to arrive in 2017, will now open on April 30. For its part, the Academy of Television Arts and Sciences said Monday that its Creative Arts Emmys, at which the majority of Emmys are awarded annually, would be held virtually in September. The main Emmys telecast remains scheduled for Sept. 20 on ABC. The television academy said that discussions were underway “regarding the format.” It is easy to mock the annual Emmy and Oscar contests as frivolous, especially at a time when the United States is heading toward 140,000 COVID-19 deaths and demands for police reform are roiling seemingly every corner of American life. But awards do form a crucial part of the Hollywood economy. The Oscars telecast, at its core, is a colossal marketing tool — one needed more than ever, given the closing of theaters in recent months. While viewership has declined sharply in recent years, the Oscars show still attracts an audience of more than 23 million people. Pay for actors, directors, sound designers, set decorators and other film and TV workers is directly affected by wins and nominations. Publications like Variety and The Hollywood Reporter need for-your-consideration ads to survive. Caterers, limo drivers, florists and stylists reap windfalls from awards-related events. All told, companies like Netflix, Universal, Disney and Warner Bros. spend tens of millions of dollars on award campaigns. The pandemic has thrown a wrench into Hollywood’s awards machinery. Many art films that were scheduled for release by the end of the year are still unfinished. Tastemaker events like the Cannes Film Festival have been disrupted. (The Toronto Film Festival, the biggest of the fall festivals, will announce its plans in the coming days, a spokeswoman said.) With theaters closed, the academy said in April that streaming films, for the first time, could skip a theatrical release entirely and still remain eligible for Oscars. The Academy Awards were last postponed in 1981, after the attempted assassination of Ronald Reagan. The ceremony was also delayed in 1968 after the assassination of the Rev. Martin Luther King Jr. and in 1938 because of catastrophic flooding in Los Angeles. Even so, April 25 will mark the latest date that the ceremony has been held since its first iteration in 1929. A delayed Academy Awards could result in similar moves by the Hollywood Foreign Press Association, which puts on the Golden Globes, currently scheduled for Jan. 11, and the major Hollywood guilds, each of which gives out their own trophies in the lead-up to the Oscars. Later on Monday, the EE British Academy Film Awards, Britain’s equivalent of the Oscars, were postponed to April 11 from Feb. 14. The new timeline also means that January and February — typically cinematic dead zones — will almost certainly be stocked with Oscar-caliber films. Studios usually release their awards contenders all at once at the end of the year to remain top of mind to academy voters.