Vaccine Unproven? No problem in China, where people scramble for shots

Many say they are reassured because politicians and executives have been inoculated. But experts say the risks outweigh the benefits

By Sui-Lee Wee and Elsie Chen 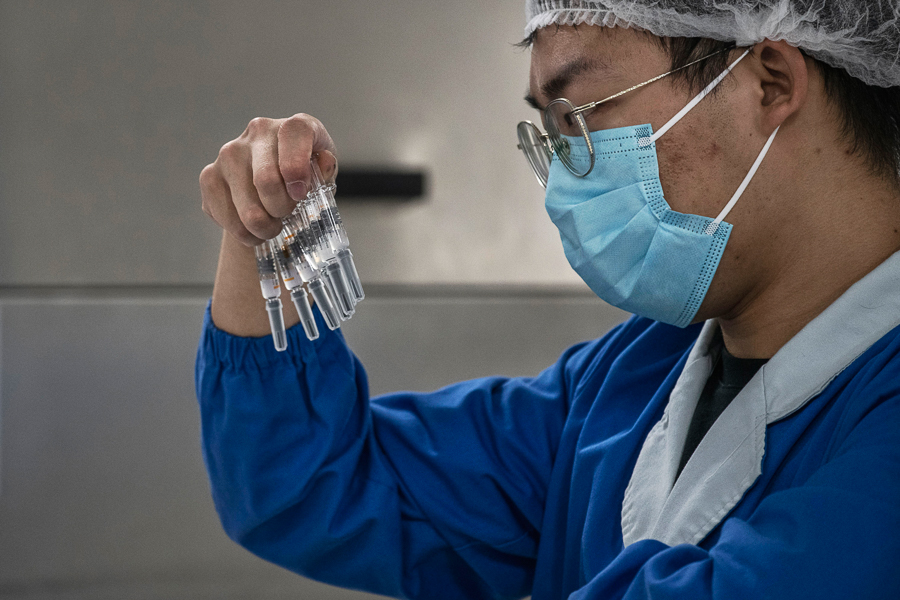 A worker checks syringes of the potential vaccine CoronaVac on the production line at Sinovac Biotech where the company is producing their potential COVID-19 vaccine CoronaVac  on September 24, 2020 in Beijing, China. Sinovacs inactivated vaccine candidate, called CoronaVac, is among a number of companies in the global race to control the coronavirus pandemic. The company is running Phase 3 human trials in four countries and ramping up production to 300 million doses per year at a new manufacturing facility south of Beijing.
Image: Kevin Frayer/Getty Images