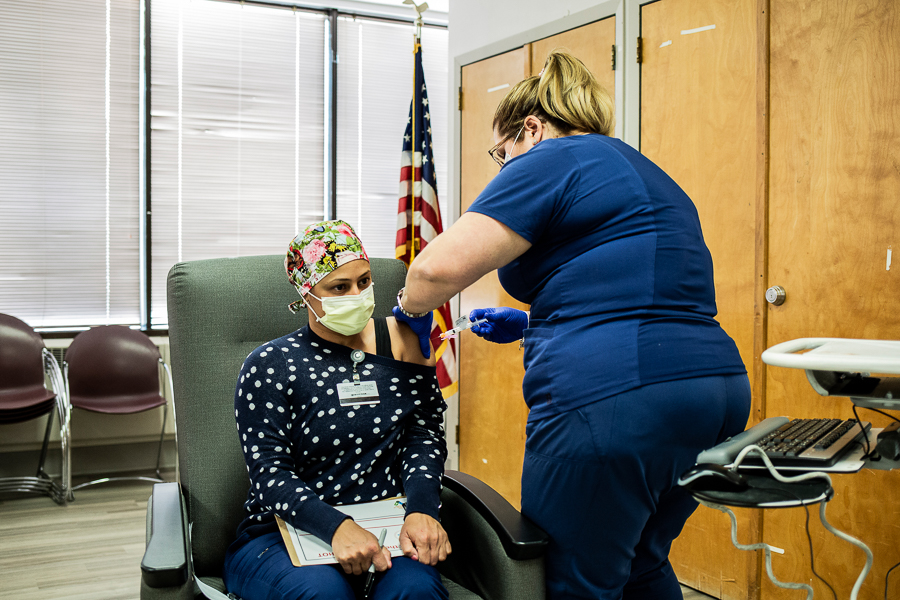 A health care worker receives one of the first doses of the Moderna COVID-19 vaccine, outside of a trial, at Christ Hospital in Jersey City, N.J., on Monday, Dec. 21, 2020. The NIH and Moderna are examining whether doses of Moderna’s coronavirus vaccine can be halved to double the supply, while scientists look for other ways to extend availability.
Image: Bryan Anselm/The New York Times