As You Sow - How BASF is Reaping Benefits 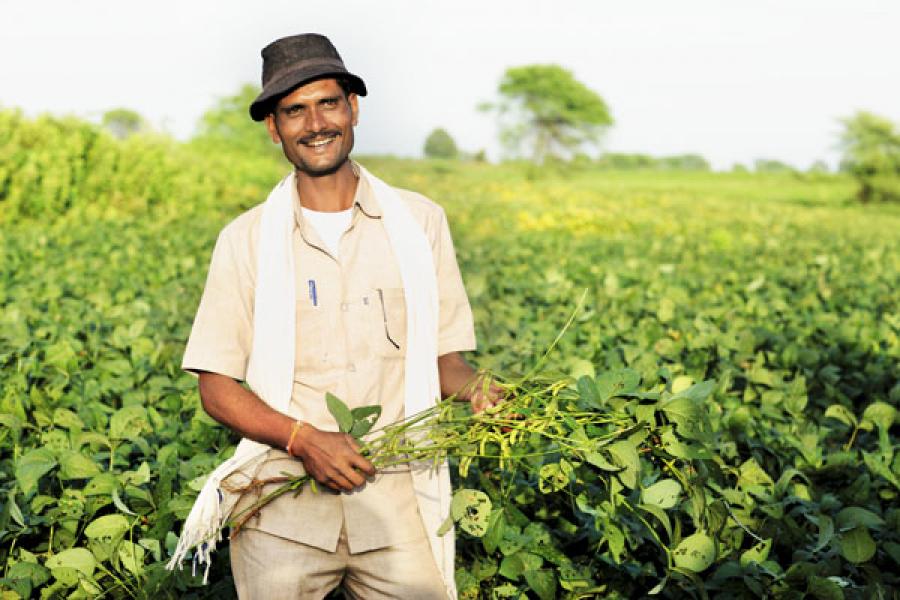 Mahendra Rajput, a 32-year-old soybean farmer at Payari village in Madhya Pradesh, believes there is no profession better than farming, “not even getting a one-crore salary in a multinational (firm).”

For Rajput, this pride in farming has increased over the last two years, as did the yield in his seven-acre farm. And the reason is not far to seek. “Ever since I joined the Soybean Samruddhi programme of BASF (India) in 2008, I have not looked back,” he says.

Rajput is one of the 170,000 farmers of central India who are now being guided by the Indian arm of BASF, the 145-year-old German chemical giant, under a scheme called Samruddhi (Hindi for prosperity) in best farming practices.

Last year, Rajput reaped 48 quintals of soybeans from his farm, a jump from the 20-odd quintals in the past. Moreover, his produce fetched him a price of Rs. 2,000 per quintal, as against Rs. 1,400 earlier. This year, he has leased an additional six acres of land and expects to earn enough profit to finally build a house of his own.

India is among the world’s largest soybean producer in terms of volume and more than half of the world’s plant oil is produced from soybeans. The annual production of soybeans in India is around seven million tonnes and it is grown in 9.67 million hectares. However, at 0.79 metric tonnes (mt) per hectare, soybean productivity per hectare in India is one of the lowest in the world (global average 2.43 mt).

The scheme, which was started in 2007 with just 30,000 farmers, is not only proving to be hugely beneficial for farmers like Rajput, but has also boosted the sales of BASF India’s crop protection products.

Essentially Samruddhi involves handholding the farmer right across the full length of his farming endeavour. So instead of just selling their products during the three-month window over which a farmer needs to spray pesticides, BASF decided to guide selected soybean farmers from the beginning of the cropping season in March until the sale of the harvest in September and October each year.

Sales of BASF India’s crop protection division has shot up from Rs. 208 crore in 2006 to Rs. 512 crore in 2009. BASF India has already invested Rs. 20 crore on Samruddhi project in 2010 alone and claims to be earning more than expected levels of profits. (BASF declined to share profit figures.)

The focus has been on convincing the “opinion leader” or the key farmers in any village — generally the biggest farmers. “The larger idea is to view farmers, and not the (pesticide) distributors, as our clients. We chose soybean since we have great expertise in it. Over three years, we have employed 700 field operatives who provide round-the-clock guidance to the farmers,” explains Rajendra Velagala, general manager (crop protection), who heads the Samruddhi project.

Rajput confirms this. “They told me to plough my field deep and administer Single Super Phosphate (a fertiliser) 45 days before the sowing. Similarly, they asked me to sow the seeds at a distance of 18 inches instead of 9 inches. Earlier, I did not know such agronomic practices,” says Rajput.

“It was becoming clear to us that in order to do long term business, we cannot just work on coming up with more products alone. Making the farmer successful was the key to sustaining business growth,” says Sandeep Gadre, BASF’s business director – South Asia, crop protection.

BASF has also started a call centre in Indore which caters to farmers like Rajput, who are now well acquainted with the Samruddhi techniques and do not require daily guidance. According to BASF officials, each successful farmer roughly gets three new farmers interested in the programme. So the field operatives primarily focus on the new farmers, while the company stays connected with those who have been part of the programme for two years through the call centre.

Sangram Singh Tomar, who was the director for agriculture in Madhya Pradesh when BASF first launched its scheme, welcomes the move, given the gaps in extension services provided by the government. “Government doesn’t always have the resources. This is great example of private sector involvement,” he says. 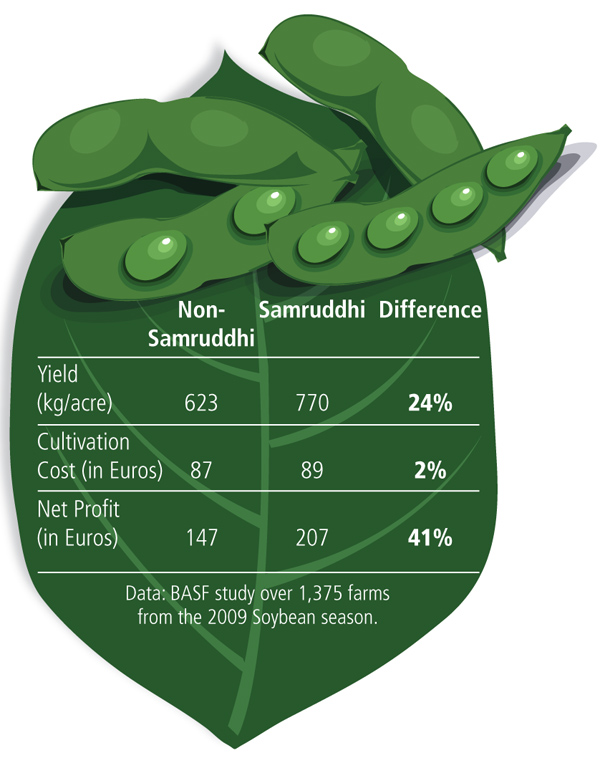 Sameer Pawar
BASF is now expanding the scheme across other crops, like potato and chilli, as well as across regions with pilots being conducted in Sri Lanka and another planned in Bangladesh. “The yield levels in these countries are not in line with the global standards and the farmers are in need of knowledge,” says Gadre.

However, a key challenge in scaling up will be to reach out to millions of farmers through a well-trained workforce at the ground level.

But BASF is not the only one that seems to follow this approach. Some amount of handholding is done by all companies. For example, Bayer CropScience, one of BASF’s main competitors, has been running a Seeds to Harvest programme for key crops since 2005.

“However, providing extension across all areas of farming like agronomic practices and fertiliser usage requires tremendous amount of expertise. In many such areas our own research is not done and so we involve other experts,” says Anil Jain, the chief marketing officer of Bayer CropScience. Jain however accepts that BASF is “Number 1 in soybean”, given their expertise in the crop.

Tomar says that while other companies also conduct similar programmes, nobody does it as comprehensively as BASF does in soybean fields. “They are proactive in reaching out to the farmers instead of waiting for them to come to the company with a problem. They have fewer products but they reach out to the farmers more than anyone else,” says Tomar.