Cargill too central to global agribusiness to falter

In an exclusive interview Cargill's new CEO, David MacLennan, outlines his plans to make the world's biggest agribusiness bigger. Not that it needs help 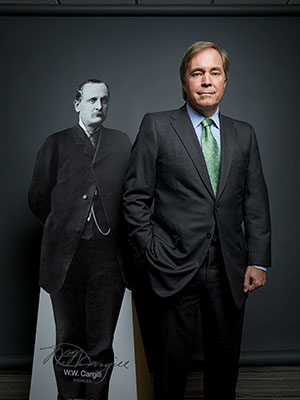 Image: Thomas Strand for Forbes
Shadowed by the past: New Cargill CEO David MacLennan has a large legacy to live up to—and fall back on

If David MacLennan were CEO of any company but Cargill, he’d be in trouble right now. Since taking over the top job last December, earnings are down 22 percent to $1.2 billion over his first three quarters. His aggressive plan to build a $370 million new chicken-processing plant in China has been a bust, running directly into an avian flu scare and heightened competition. And the company has become entangled in the global hysteria over the safety of genetically modified foods, losing more than $90 million when Chinese officials started rejecting Cargill’s shipments of corn containing a yet-to-be-approved GMO.

Yet when MacLennan, 55, decked out in a crisp checked suit with no tie, leans forward on a conference table at Cargill’s headquarters 20 minutes outside of Minneapolis, he’s not justifying his existence but laying out opportunities, which include a new $100 million cocoa plant in Indonesia, a $91 million livestock feed factory in Korea and a dairy feed mill in India, the doubling of a food innovation hub near headquarters and the $10 million face-lift of its European equivalent. All in all, Cargill has poured more than $3 billion into upgraded facilities, acquisitions and new projects around the world over the last year.

At one level that’s pocket change for Cargill, the $135 billion (fiscal year 2014 sales) family-owned food behemoth that dominates all roads between the world’s farms and your dinner plate. But it is important, insists MacLennan. Since the company was founded in 1865, the core of its business has always been trading commodities—buying, storing, shipping and selling the crops farmers grow around the world. In 1998 Cargill assured its dominance at the heart of the global food market by acquiring the grain storage and transportation assets of competitor Continental Grain, at the time the fifth-largest private company in America, for an estimated $300 million. Today Cargill operates the world’s largest fleet of ships transporting dry bulk commodities, some 550 boats stopping at 6,000 ports around the globe.

But it’s low-margin work, and since Forbes started tracking private company revenues 30 years ago, Cargill has never once netted more than 4 percent of total sales, or $4 billion. MacLennan is hoping a slew of innovative new products can juice those margins. “Being big means that we’re slower than we need to be,” he says.

His plan: Make the elephant sprint, or at least jog. Inside Cargill’s industrial specialties unit on the edge of Minneapolis, scientists play with crop derivatives to turn them into things like paint, glue, shoe soles and glass. The unit’s sales have grown by more than 15 percent annually for 15 of the last 16 years and are expected to grow by 30 percent this year. Its most promising products today? For one, a modified vegetable oil that makes asphalt less likely to crack in the winter or turn to tar in the summer. Cargill started selling it two years ago and has already shipped 30 million pounds of the product around the world. The plan is to be selling 100 million pounds of it a year by 2020. Another big win could be soybean oil that can be tweaked into foam for car seats. Thirty percent of all cars have seats made with agricultural products today, but Cargill predicts that figure will double in the next year. The company already has its foam in Fords across the US. 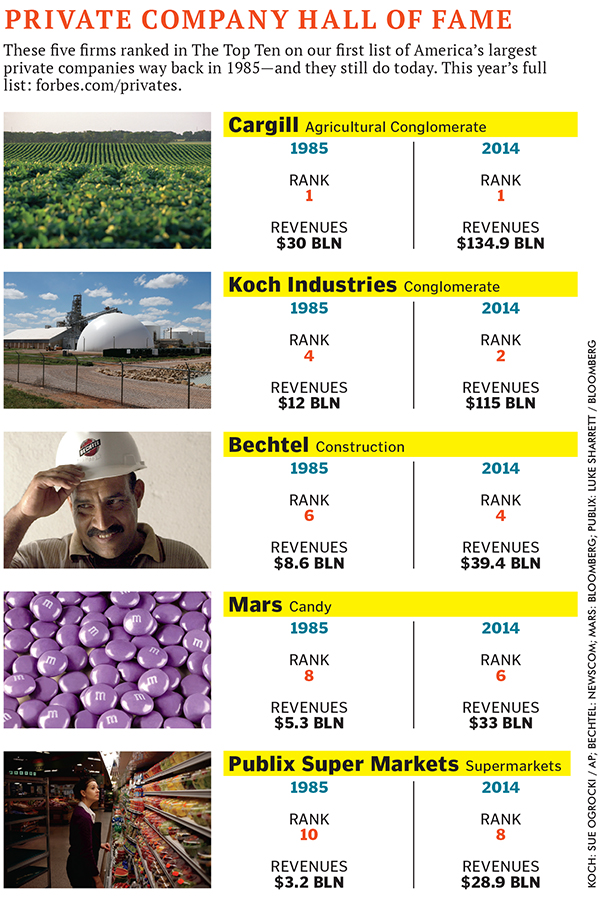 An even bigger opportunity? Over 800 million people in the world are hungry, and another 2.1 billion people are overweight. “You’ve got people who are obese and malnourished because they eat the wrong kind of calories,” MacLennan says. “And you’ve got people who are barely subsisting on low-calorie diets who need more nutrition. That’s where we can serve the world.” Scientists have long known what types of food cause health problems, but people keep wolfing them down because their healthier alternatives taste like cardboard. Inside Cargill’s newly expanded, 40,000-sq-ft food innovation lab, chemists and tasters are working to reinvent three of the most basic products in the world: Sugar, salt and oil.

The greatest success so far: Truvia, a zero-calorie sugar alternative derived from stevia rather than sugarcane. Launched in 2008, sales are now at $80 million. Coca-Cola partnered early on and started selling a new stevia-sweetened drink called Coca-Cola Life in the US in August, with two-thirds the calories of regular Coke. MacLennan thinks Cargill’s stevia sales will eventually reach $500 million, which could add a full 5 percent to its bottomline.

The truth, of course, is that whether these initiatives are successful or not Cargill will be just fine—the company is just too huge and too central to global agribusiness to seriously falter. When Forbes published its first ranking of America’s private companies in 1985, Cargill was on top, with $30 billion in revenue. Thirty years later it still is, having topped the list 28 times (it came in second twice). With 69 divisions involved in almost every facet of the world’s food chain, Cargill is naturally hedged as few other companies are against the vagaries of global markets. The last year Cargill failed to turn a profit was 1938. In an age where Facebook-fast startups are lionised, the company remains, decade after decade after decade, a powerful testament to the virtues of sheer scale and stolid, steady management. “They have a very much long-term view of the world, and it’s all built around, as corny as it sounds, feeding a 7 billion-, 8 billion-, 9 billion-person world,” says Michael Boland, an agricultural economist at the University of Minnesota. “Taking a long-term view, looking out to 2025, 2050, 2075, the world needs more food—plain and simple.” Tight control also keeps the ship steady. 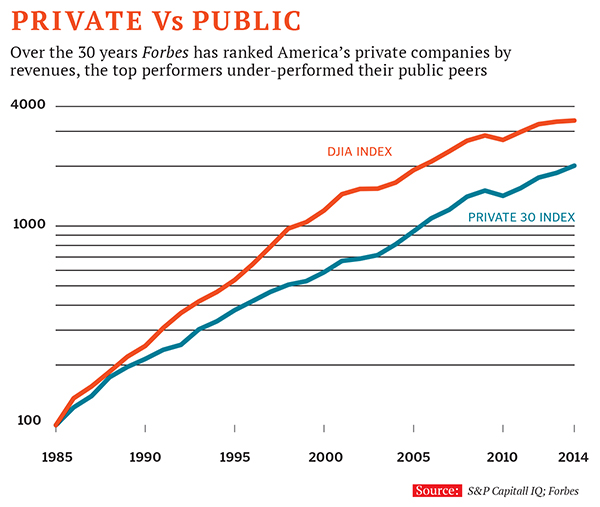 Roughly 90 living descendants of the founding Cargill and MacMillan families own the company, making up one of the 10 richest families in America, with a fortune of $36 billion. Ten of them are individual billionaires, including four uncovered in the reporting of this story. They may be rich, but they aren’t all that powerful. The last family member to run the company was Whitney MacMillan, who held the top job from 1977 to 1995, when he hit the company’s mandatory retirement age of 65. And though family members own 88 percent of Cargill, only six sit on the company’s 17-person board, thanks to a handshake deal forged among family factions in the mid-1990s (management holds five seats and outsiders, like Richard Anderson, CEO of Delta, and Richard Kovacevich, former CEO of Wells Fargo, the remaining six).

The family leaves 80 percent of earnings for reinvestment each year, so the company has a war chest of about $6.7 billion in cash. That security blanket and the company’s “firm” and “consistent commitment” to private ownership should give MacLennan all the freedom he wants to innovate. Whether or not he will succeed in goosing the golden elephant is an entirely different question but probably not one that keeps the owners up at night.

Tweets by @forbesindia
Snapshots of the Fortnight (November 16 - November 30)
Saving the earth: Global efforts & their outcome