How Rebellion Photonics built a business on gas fumes

By creating a better tool for spotting gas leaks from oilfields and pipelines, tiny Rebellion Photonics got the jump on a global market no one else could see 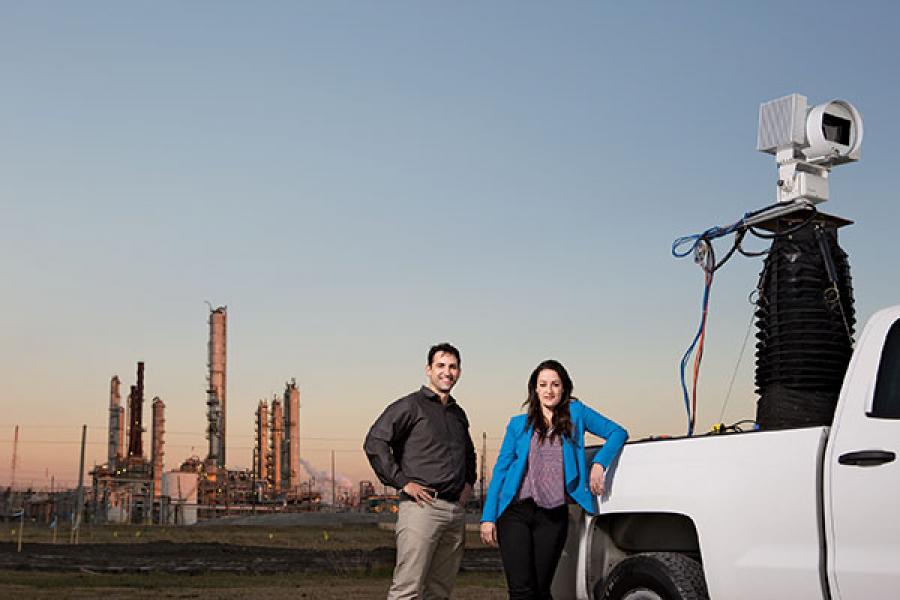 You’d think she’d be happy. When the Environmental Protection Agency (EPA) announced in January its intention to clamp down on emissions of methane, a potent greenhouse gas that traps 25 times more heat than does carbon dioxide, it was great news for Allison Sawyer. Her company, Rebellion Photonics, is the world’s first (and only) maker of hyperspectral video cameras—the best way to detect fugitive emissions of methane and other volatile gases escaping from oil- and gas fields and petrochemical refineries.

The invisible, odourless gas is the primary constituent of the natural gas burnt to generate 30 percent of America’s electricity. Among other objectives, the EPA has a goal of reducing methane emissions from oil and gas operations to 60 percent of 2012 levels in the next decade. Houston-based Rebellion is already working for giants like Chevron, BP and the natural gas driller Southwestern Energy to detect and stop such emissions. Despite the downturn in oil and gas prices, business is brisk in states that require regular monitoring of wells and storage tanks, like Pennsylvania, Wyoming and Colorado (where Rebellion was the first service provider officially approved by state regulators). New federal rules should be a boon for Rebellion.

But happy she is not. “I’d prefer not to be used because we’re required,” says Sawyer, 30, who founded the company five years ago. “Also, it’s not necessary. What we’re catching is product lost, revenue lost. It makes economic sense to use us, regulation or no regulation.”

That sentiment—part straight-talking scientist, part free-market idealist—pretty much sums up Sawyer. In 2009 she was at Rice University working toward her MBA. She already had a Master’s degree in applied physics and was interning at the Houston Technology Center, a startup incubator. Inspired by a family of entrepreneurs, Sawyer knew she wanted to be her own boss. One day Robert Kester walked in. He was a PhD candidate in bioengineering and had just published his breakthrough research in the field of hyper spectral imaging, the kind of technology that astronomers use to find seas of liquid methane on the moons of Saturn. Hyperspectral imaging works on the premise that every type of gas absorbs and reflects light in a unique way. Until Kester’s work this imaging could be done only in snapshots; he patented the first hyperspectral video camera.

But Kester was using it to examine things through a microscope. Sawyer wondered if you could turn it around. “I asked if it could be used for wide-field imaging,” she recalls. “He said, ‘Yeah,’ and my brain exploded.” Myriad applications sprang to mind: Farmers could determine the health of crops. Police could monitor for chemical or biological attacks. And, of course, the oil, gas and chemical industries could detect leaks invisible to the naked eye. “Holy Mother, do you know what you’ve invented?” she asked the nonplussed Kester.

The existing standard for image-based gas detection was unreliable: Single-frame cameras or handheld infrared cameras that required the user to climb all over equipment and storage tanks in order to pinpoint leaks. The biggest competitor was $4.3 billion Flir Systems, a maker of light-intensifying and infrared cameras. Even then infrared discerns only hot from cold. A plume of gas seen that way might be methane—or harmless steam. “Until Rebellion, emissions monitoring was really expensive, really complicated and totally inaccurate,” says Sawyer. “You would get a lot of false positives.” 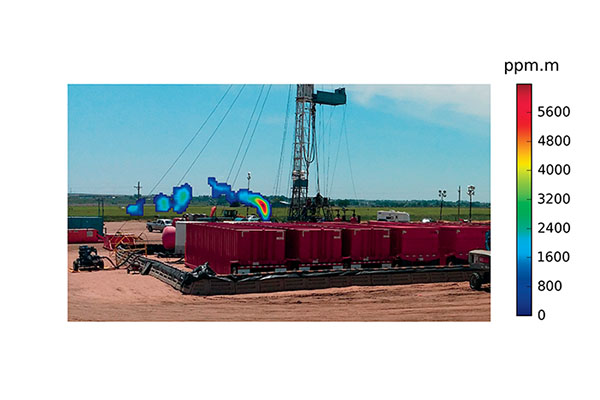 It didn’t take her long to write a business plan and get Kester on board. In June 2010 they started working on Rebellion full-time. They won $125,000 from business plan competitions and scored a $1 million US Air Force contract to mount the camera on drones  (Sawyer also won a spot on the 2014 Forbes 30 Under 30 list.)

That all helped them bootstrap the company while developing what’s come to be their primary offering: A 50-pound, foot-tall, truckmounted, wide-field, hyperspectral video camera. Rebellion mounts its cameras on 35-foot extendable arms, so they can drive to refineries and oil- and gas fields and survey with bird’s-eye views for about $250 a visit. With 487,000 gas wells and 1.6 million miles of natural gas pipelines in the US, the size of the potential market is staggering. Since even small leaks can cost thousands of dollars in annual revenue, customers have been quick to line up.

A year ago, to make the leap from one truck to an entire fleet, Rebellion took $10.4 million in funding from San Francisco-based Tinicum Capital Partners, a deal that valued the company—still unprofitable but clocking some $4 million a year in revenues—at more than $30 million. Wasn’t the $1.3 billion private equity group nervous about the young age of the founders? “No,” says Tinicum partner Skip Zedlitz, “because they had done such a good job building something that had never been done before.”

So where does Rebellion go from here? In December it received a $4.3 million grant from the Department of Energy’s Advanced Research Projects Agency to build a portable miniature spectrometer. It’s starting to market services to oil companies overseas. Of course, there’s always the chance an oilfield service giant like Schlumberger or Halliburton will make them the proverbial offer they can’t refuse. When a potential new customer in North Dakota’s Bakken oilfields recently delayed a contract because of plunging oil prices, Sawyer was unconcerned. The inexorable trend toward more state and federal regulations on methane monitoring will help Rebellion for years to come—whether she likes it or not.