In Indian senior living and other fields, Analjit Singh's youngest and her husband try an encore 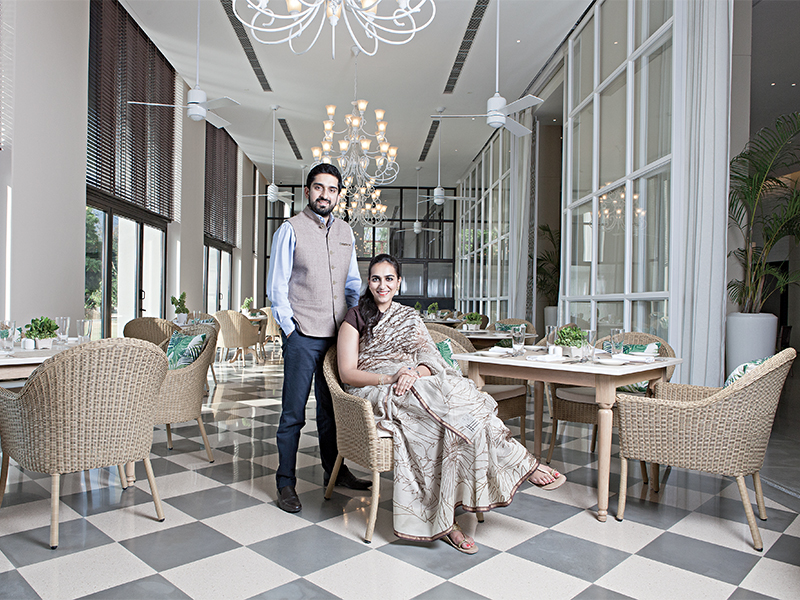 In the bloom of youth: Tara Singh Vachani with husband Sahil at the Antara site in Dehradun
Image: Max Group

She’s all of 30, but her focus for the past six years has been on living spaces for people twice her age: Tara Singh Vachani runs Antara Senior Living, part of India’s $2.1-billion (fiscal 2016 revenues) Max Group. “For six years, Antara has been my path,” says Tara, the youngest of billionaire Max founder Analjit Singh’s three children. The commitment is shared: She and her husband, Sahil Vachani, are both in group-company management.

Early to the senior-living segment in India, Antara caters to the well-heeled, well-travelled, 55-and-older Indian. The elderly population in India is expected to hit 300 million by 2050—up from 100 million in 2012.

In scenic Dehradun in northern India, Antara has put $80 million toward 200 residential units spread over 14 acres with lush greenery and views of the famous Mussoorie hills. The unit within Max India (a listed group entity that’s in health care and health insurance) looks to develop such communities across the country.

Antara offers “lifestyle with life care”—a gamut of services from housekeeping to plumbing to a health and wellness centre. The bespoke homes have features like anti-skid tiles, handrails and grab bars; large front doors to accommodate wheelchairs; and lowered kitchen sinks and work surfaces. “Tara has led the creation of a new vertical and a whole programme and strategy around senior living,” says Singh.

In January 2016, Tara was appointed to Max India’s board—the youngest to hold that position and the only Singh offspring to have such a listed-company seat. She joined the group in 2008, but wanted to chart a path outside of the mainstream businesses.

Working within a traded company has been no cakewalk. (Antara was inaugurated in mid-April.) “The board grilled me,” Tara admits. “Tough questions, tough pushing and tough realignments.”

Tara grew up in Delhi, attending elite schools at home and abroad. After majoring in politics at the National University of Singapore, she completed a three-month programme in business strategy at the London School of Economics. Back in India, dad invited her to be “a fly on the wall” at Max. “I wasn’t 100 percent clear on what was next,” Tara says.

However, a chance conversation about senior-living communities during a visit to Hong Kong got her thinking about introducing the concept in India. It was at the intersection of her interests in hospitality, design, wellness and health care. Premium senior living, while pioneering, was also taboo in India, where “old-age homes” hinted at a breakdown of the extended family structure.

Tara travelled to research 40 such communities in the US, UK, Spain, Japan and Australia. She talked to seniors in India informally and through focus groups—asking them about everything from living arrangements to children to hobbies. Finally she chose Dehradun, where the family has ties, including a Max speciality hospital adjacent to Antara. “Month on month, year on year, I learnt how to put pieces of this puzzle together,” she says. Antara roped in the US’s Perkins Eastman, which has expertise in senior-living communities, and Spain’s Esteva & Esteva for architectural design.

Antara has sold nearly half the units. But already competition is intense, with players including Ashiana and Vedaanta.

Her father, who’s referred to as BAS—short for Bhai Analjit Singh (bhai means brother in Hindi)—worked with Tara during the conceptualisation. And even before the Max Group subsumed Antara in 2012, she started reporting to Group President Rahul Khosla. “I am too much like my father to work with him on a day-to-day basis,” says Tara. “I am a bit headstrong; I have a point of view. And I, like him, cannot sit on the sidelines.” 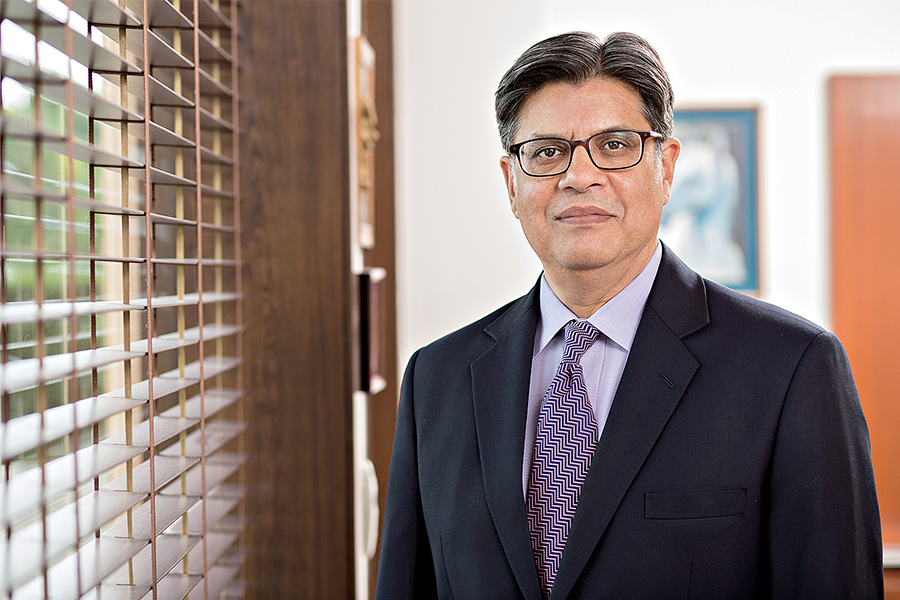 But dad travels with her to Antara and offers inputs. “He’s the most stoic person I know. He likes things to be clear, organised and clean,” she says. Meanwhile, husband Vachani, 34, is managing director of another listed company, Max Ventures & Industries, which includes manufacturing and other operations plus investments in proven startups. He joined Max in 2016, at his father-in-law’s behest.

Vachani hails from a Delhi business family that owned the TV brand Weston. He has a British undergrad degree and spent a year with Citigroup in London. He cut his teeth in business working with his uncle in contract manufacturing and later started his own firm, sold in 2015.

In the past year, Vachani has led an investment from a subsidiary of New York Life into Max Ventures. And a Japanese conglomerate, Toppan, has taken a stake in the manufacturing business, which makes specialty films used in packaging products like chocolates and processed foods. When Vachani started out, the company had free cash of $1.5 million. Now it’s $40 million.

Vachani is looking to develop nearly 1 million square feet of mostly office space across Delhi, Noida and Dehradun. And the investment arm has taken stakes in Azure Hospitality (which runs restaurants chains for pan-Asian and Punjabi food) and online beauty and wellness company Nykaa.

Singh, for his part, senses that Max Ventures is where Max India was in the 1980s—with arrows in multiple directions. The son-in-law interacts daily with Singh. “Very few people have the opportunity to be mentored by such a phenomenal human being,” says Vachani. Singh founded Max India in 1982 after an acrimonious family split. His father, Bhai Mohan Singh—the founder of drugmaker Ranbaxy—handed the pharma outfit to the oldest brother Parvinder Singh.

Analjit, the youngest of three brothers, started from scratch and built his company into a behemoth with interests in health care and insurance. (Big partners are Japan’s Mitsui Sumitomo in life insurance, the UK’s Bupa in health insurance and South Africa’s Life Healthcare for hospitals.) He started a telecom joint venture with Hutchison of Hong Kong, selling out in tranches and at a huge profit. “He’s worked really hard to build this life,” says Tara. “He’s as self-made as it gets.”

Tara and Vachani also work with Singh on his private hospitality business. But listed-company duties come first. “It’s clear in the Max group that ownership and management are two completely separate buckets—completely separate,” stresses Vachani. “Tara and I have chosen to play a role in the management part of the business and for that we are compensated from the company. Over time, I hope that we are able to earn our credibility, and merit and earn the respect of our colleagues.”

No worries with the founder. “They are both growing well and they are being groomed. At the right time, they’ll have the right place,” says Singh.