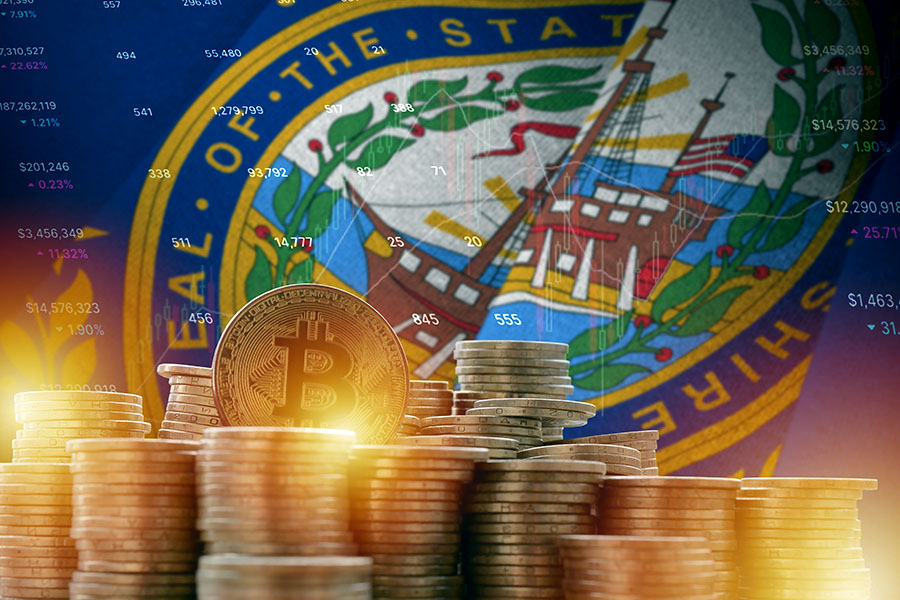 The governor of New Hampshire, Chris Sununu, announced that a commission he formed last year to study digital assets and blockchain has released its report.

The Commission on Cryptocurrencies and Digital Assets found that the legal and regulatory status of crypto and digital assets is uncertain, and this is hindering development and not providing enough protection for investors and consumers.

The commission recommended that New Hampshire create a legal framework to attract blockchain companies and individuals, which includes recognising decentralised autonomous organisations (DAOs) legally, setting up a system within the state's court system to resolve disputes related to blockchain, and encouraging the state's banking department to provide clear guidance to financial institutions on how to handle digital assets.
The report, which was submitted to the governor on December 22, states that the commission took into account potential issues that could arise with regard to the people involved in the industry, mentioning the collapse of FTX and the arrest of its former CEO Sam Bankman-Fried, who was charged with fraud resulting in the loss of billions of dollars of customer assets.

The report recommends that New Hampshire take proactive steps to establish a strong legal framework to support the safe development of blockchain technology and its applications.

The report ends by stating that the commission believes blockchain technology will continue to progress and become more ingrained in society and the economy. It emphasises that this next stage of development should not only involve advancements in computer software protocols, but also improvements to the legal framework that is necessary to work alongside these advancements.

Governor Sununu described the report as thorough and well-timed. He also mentioned that other governors in the US have been working to establish clear regulations for crypto and blockchain, such as in California, while New York Governor Kathy Hochul has supported a proposal to prohibit crypto mining operations that are not powered by 100 percent renewable energy.