In new research by Daniel Murphy and his co-authors is pivotal in that by modelling economic slack, they map the alternate paths that the economy may take in the upcoming months 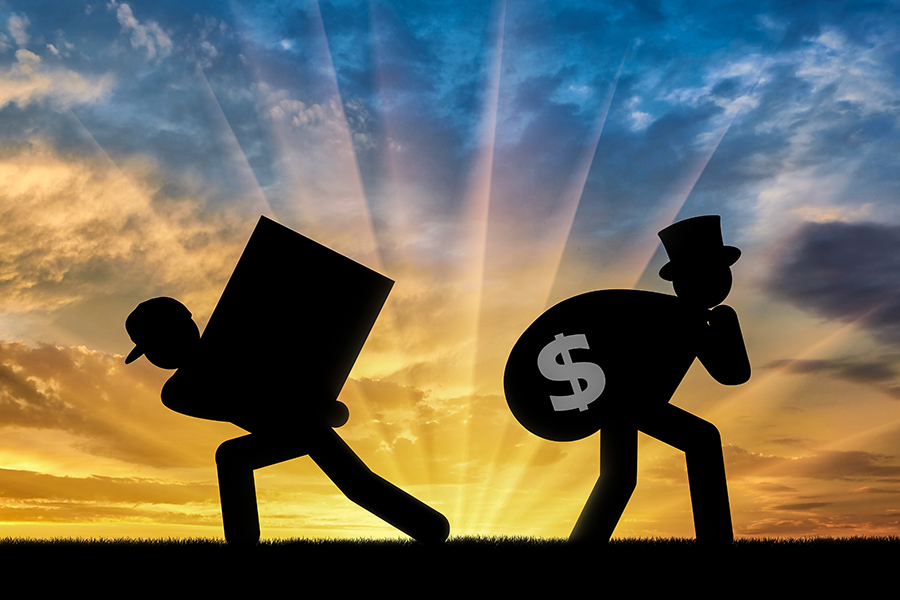 One great paradox of the current moment is that while COVID-19 and accompanying lockdowns have made the future far more uncertain than it had appeared just a few months prior, accurate predictions have only grown in demand. In particular, the long-term effect of recent American fiscal policy is a question with a $2 trillion price tag. Darden Professor Daniel Murphy and his co-authors, Alan Auerbach and Yuriy Gorodnichenko, tackle this question with an economic model that sheds light on how different government tactics will shape the country’s overall economic state after social distancing restrictions have been lifted.

Murphy and his co-authors point to the current issue in the economy as one of too much slack. This refers to the people, machinery and any other capital that would normally contribute to production but are currently constrained due to the pandemic. This includes, for example, all of the workers furloughed from retail jobs and any quiet conveyor belts at meat packing plants closed due to virus outbreaks. Fiscal policy — government spending and tax policy — is a potentially powerful tool to combat economic downturns. Its efficacy, however, relies on the strength of multiplier effects; in typical recessionary periods, government spending contributes to individual incomes, which in turn incentivizes more spending, with the result that each dollar in aid ultimately multiplies in impact to GDP beyond that of its face value.

While multipliers usually help fiscal policy to be more simulative in a recession, this might not be the case during the current pandemic. Instead of looking to more recent economic downturns as points of comparison, a more accurate historical precedent would be World War II. According to research from economist Gillian Brunet, fiscal multipliers during this period were smaller due to government-imposed restrictions that limited the ways in which households spent income.

This new research by Murphy and his co-authors is pivotal in that by modeling economic slack, they map the alternate paths that the economy may take in the upcoming months. In some cases, the multiplier could become small enough to cause a permanent economic slump. However, they also note fiscal policies that may actually increase the multiplier enough that GDP may become even stronger than it would have been without these global restrictions.

Permanent Slump?
Two scenarios could be powerful enough to cause a permanent slump in the economy. The first case is if wealthy individuals decrease their spending, which will have a negative multiplier effect on the economy. Large declines in spending will adversely impact businesses, resulting in declining incomes for many. As incomes decrease, people spend even less, which intensifies the issue.

A second potential permanent slump would arise if COVID-19 causes an increase in inequality (defined here as a ratio of the income share of the rich to the income share of the poor). If the opposite were to happen and inequality were to fall, low-income households would have larger income shares and be able to spend more, increasing the overall GDP. But if inequality rises, then people will continue to be unable to support other industries in decline. There are indications that COVID-19 is already causing an increase in inequality, as have past pandemics. Unless government intervention steps in soon to mediate this potential rise in inequality, this research indicates that there will be severe consequences on the country’s overall economic well-being.

Shutdown vs. Loss in Profit
Many firms have already been forced to permanently leave the market due to the lockdown restrictions. While some restaurants were able to pivot to curbside pickup and creative solutions, other businesses do not have socially distant alternatives as readily available. If a firm is not forced to shut down permanently due to restrictions, then its decline in output is proportional to the share of products that have been restricted. Therefore, restrictions have a relatively limited effect, and do not multiply further into the economy. However, if a firm does close down, its complete lack of production has a much higher multiplier effect on GDP. As a result, Murphy and his co-authors find that the shutdown of firms is particularly dangerous to long-term economic growth, far greater than that of businesses that experience a loss in profit but ultimately manage to adapt.

Expanding GDP Through Household Aid
Perhaps the most surprising finding: If low-income households receive a net transfer of aid from the government, and if most firms are able to continue producing in the future, COVID-19 restrictions can actually increase future output and inflation. This is due to consumption smoothing: the concept that, when determining how much to save or spend, people generally wish to keep their consumption levels relatively stable. Since the pandemic has created limits on current consumption, low-income households will choose to save a higher portion of aid and spend more in the future, when there are a wider variety of goods available for purchase. This pattern was evidenced following World War II; when there were restrictions on household spending, inflation increased, and after the war, households spent more.

When low-income households have a smaller proportion of the total income share, which is the measurement for high inequality, then aid transfers have less effect. This is because less circulates back into incomes for these households, further limiting the amount they can spend.

Ultimately, decreasing inequality is imperative for the efficacy of fiscal multipliers. Under the Coronavirus Aid, Relief and Economic Security Act, Americans are granted an extra $600 per week in unemployment payments, amongst other benefits. Auerbach, Gorodnichenko and Murphy’s research indicates that efforts in this vein have many potential benefits for GDP growth in the future.

If the government was willing to give enough aid to low-income households, it could potentially offset all of the secondary economic effects of COVID-19 restrictions. Government transfers are beneficial because they stimulate output in two ways. First, they allow people to spend more money at existing firms. Secondly, this increase in spending may actually induce new firms to enter the market. These additional firms would in turn cause more private sector spending, as people begin to buy those new products. Therefore, government aid will not only result in a higher GDP due to consumption smoothing, but also due to greater output effects after stimulated firm entry.


Targeting At-Risk Firms
While the data makes clear that transfers to low-income households can have positive impact, another option to stimulate the economy is to provide government transfers to firms. This is beneficial if there are high fixed operating costs, as government aid can keep these firms from shutting down (which, as explained earlier, would be very costly). However, any money given to firms amounts to aid diverted away from low-income households. For this reason, it is best if firms that receive aid are those that would otherwise have been in danger of exiting the market due to COVID-19 restrictions. Data have already shown that this is not always the case in practice, as many large corporations have been asked to return their PPP loans. Instead, resources could be funneled to smaller companies in greater danger of insolvency.

Looking Forward
Recent data from economist Raj Chetty indicates that, as high-income households continue to decrease their spending even after many states have lifted their restrictions, this negative multiplier effect is already widening inequality. High-income jobs are often better equipped to shift to a remote environment, offering a buffer from the effects of COVID-19 restrictions that is not available for low-income households. “The rich cut back; the poor end up bearing the consequences,” Chetty remarked, indicating how the wealthy’s attempts to limit exposure to the virus leads to decreasing their spending, which has resulted in a disproportionate low-income unemployment. It is becoming more apparent that simply reopening the economy is not enough: Government aid is essential to combating the current recession.

Fiscal policies have a great capacity for enacting change — if they are effectively chosen. So far, the United States’ pandemic response has been a combination of aid to households and firms. Some may argue that this process has been inefficient or costly. However, Murphy and his co-authors’ paper gives credence to a mixed-methods approach. With so much uncertainty, and given the government’s inability to know to what extent high fixed operating costs are affecting firms or households, utilizing both channels — households and firms — allows for a wider base of support. As COVID-19 cases continue to rise across the country, this new research offers insights into which fiscal policies may bolster the economy, as well as those that have potential for long-term ramifications.

Daniel Murphy co-authored “Fiscal Policy and COVID-19 Restrictions in a Demand-Determined Economy” with Alan J. Auerback and Yuriy Gorodnichenko, both of the University of California, Berkeley.

This article was developed with the support of Darden’s Institute for Business in Society, at which Salem Zelalem is a research assistant.

Tweets by @forbesindia
India introduces ﬁrst ever Epicurean bottled water
Gilead's COVID-19 Drug is Mediocre. It Will Be a Blockbuster Anyway