Types and Treatments for Hair loss 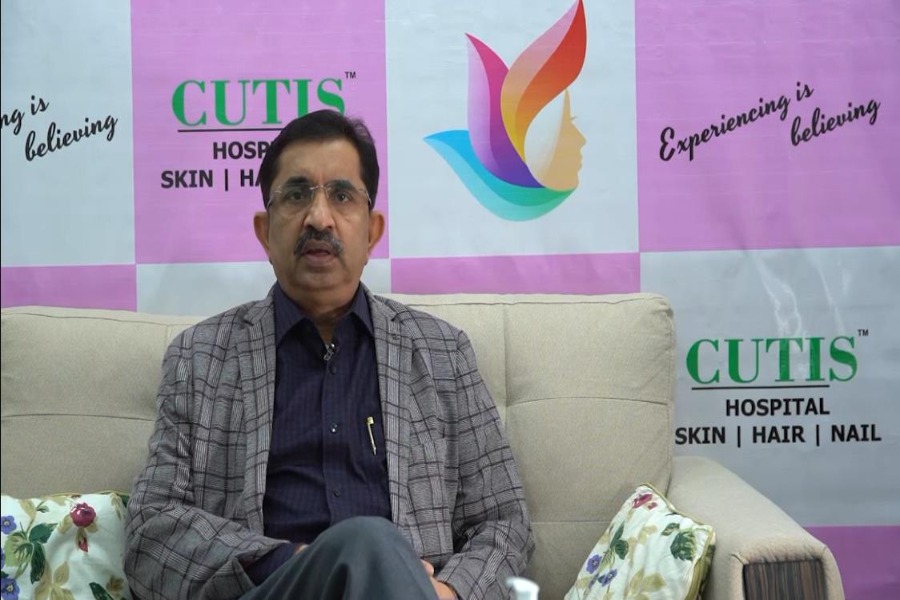 What is Hair loss? Hair loss or alopecia is the thinning of hair on the scalp. It can be temporary or permanent and can affect the scalp or other parts of the body. It may be due to hair shedding, poor quality hair, or hair thinning. The most common form of hair loss occurs gradually and is referred to as "androgenetic alopecia," referring to a combination of hormones (androgens are male hormones) and heredity (genetics) is needed to develop the condition.   Hair loss disorders comprise an extensive group of conditions that can be classified as scarring and nonscarring alopecia. Primary scarring alopecia is caused by inflammatory diseases of the scalp that lead to the destruction of pilosebaceous structures and replacement of the pilosebaceous structures with scar tissue, leading to irreversible hair loss. Primary scarring alopecias directly affect the hair follicles, whereas secondary scarring alopecia target the dermis and consequently destroy the follicles.   What are the different types of hair loss?   Androgenetic Alopecia The most common type of hair loss,it is hereditary but can be managed with medication or surgery. Male Pattern Hair Loss In men, hair loss can begin any time after puberty and progress over the course of years or decades. Many men with male pattern hair loss eventually become bald. Female Pattern Hair Loss In women, hair slowly thins all over the scalp, but the hairline usually doesn’t recede. Female pattern hair loss can cause hair to thin dramatically, but only rarely does it lead to baldness.    Telogen Effluvium Telogen effluvium, a type of hair loss, occurs when large numbers of follicles on the scalp enter the resting phase of the hair growth cycle, called telogen, but the next growth phase doesn’t begin. Anagen Effluvium Anagen effluvium is rapid hair loss resulting from medical treatment, such as chemotherapy. After chemotherapy ends, hair usually grows back on its own. Alopecia Areata Alopecia areata is an autoimmune condition, which means the body’s immune system attacks healthy tissues, including the hair follicles. Tinea Capitis Tinea capitis, also called scalp ringworm, is a fungal infection of the scalp that’s a common cause of hair loss in children. Other type of hair losses include Cicatricial Alopecia, Lichen Planopilaris, Folliculitis Decalvans,Dissecting Cellulitis of the Scalp, Frontal Fibrosing Alopecia, Central Centrifugal Cicatricial Alopecia, Hair Shaft Abnormalities, Loose Anagen Syndrome, Trichotillomania, Hypotrichosis
Issued in Public Interest by Oaknet Healthcare
What are the Grades of Alopecia?      In 1975, Dr. O’Tar Norwood revised Hamilton's classification after studying patterned hair loss in 1,000 males. It is the most widely used classification for hair loss in men and it defines two major patterns and several less common types. Norwood observed that thinning starts in the temples as well as the crown/vertex and slowly progresses to encompass the entire top of the scalp, and so he based his classification on this patter. The various grades of hair loss in men described by Norwood include the following. Grades of hair loss in women In 1977, Ludwig proposed a classification based on the stage of evolution these consisted of three grades of hair loss, which include: What are the treatments for hair loss?    Effective treatments for hair loss include some medications like Minoxidil, Finasteride, spironolactone and oral dutasterides. In case of surgeries, Hair transplant helps to make the most of the hair. The pages slugged ‘Brand Connect’ are equivalent to advertisements and are not written and produced by Forbes India journalists.

Tweets by @forbesindia
Prataap Snacks, to Delhi and beyond: Catapulting to a Rs 1,000-crore brand
Overview of Fungal Infection