By bringing in elaborate changes through NEP, GOI not only aims to bring quality education to India but also host greater number of international students pursuing full-time degrees 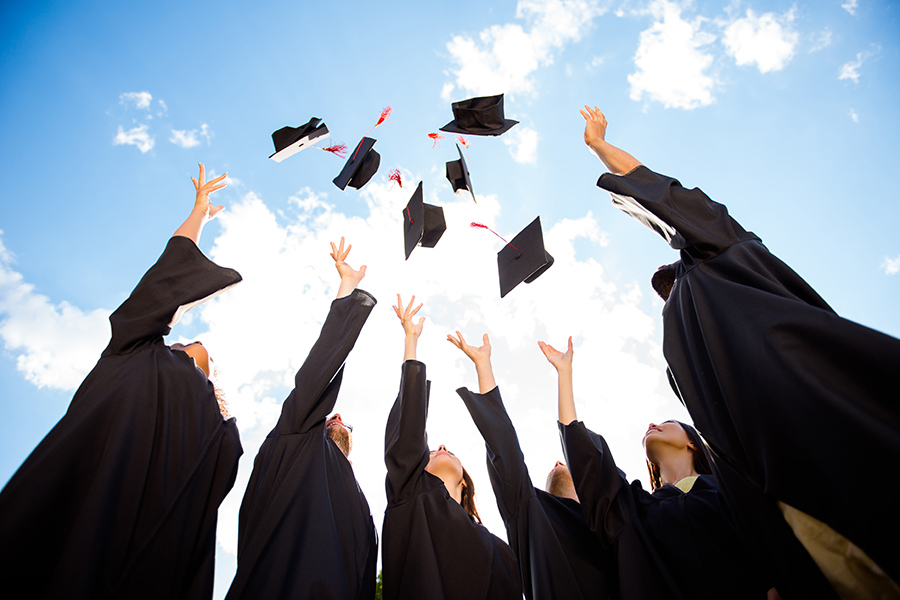 In late July, Government of India (GOI) released the much-awaited National Education Policy 2020 (NEP). The decision to allow top 100 foreign universities set up campuses in India has stirred a lot of curiosity. Until now, these universities could partner with their Indian counterparts through faculty/student exchange, double degree/twinning programmes etc. Elsewhere, signing mutually beneficial MoUs by governments have facilitated closer collaborations with universities of the signatory nation. However, this new decision indicates GOI’s intent to advance its motto from ‘Education for all’ to ‘Quality & competitive education for all’.

According to All India Survey of Higher Education 2018-19, no. of local students enrolled in higher education in India was ~38 Million. The corresponding no. of foreign students studying in India stands at a disappointing ~47k i.e. barely 0.001%. At an estimated 500k students flying abroad for international education, India is second largest ‘exporter’ of student talent after China. However, here is the mind-boggling figure – the roughly 200k strong Indian student contingent in US contributed ~ $12 Billion to US economy in 2018. This figure is over double the Higher Education Budget in India. Thus, by bringing in elaborate changes through NEP, GOI not only aims to bring quality education to India but also host greater number of international students pursuing full-time degrees.

Preparing for a smooth landing: Decision makers - both at the Centre & states must orchestrate flawless implementation of policies to welcome the best institutions to India. Though this country has moved significantly higher in ‘Ease of doing Business’ rankings in recent years, it will take further unrolling of the red carpet to convince quality institutions to set-up campuses here. GOI must put forth clarity relating to land acquisition protocol, basic infrastructure, low-interest capital, assistance for setting-up research facilities, security etc. at the earliest. More importantly, GOI has to learn from failures of 2013 when a similar initiative failed to garner interest from top institutions of the world. Clarity in execution and stability in regulations will fuel confidence for potential investors.

Improving quality of education: Even though India has managed to improve its literacy rate, providing uniform quality education to all is a phenomenon still taking off. Earlier students would migrate to metro cities to pursue competitive degrees. Off late many private institutions have opened campuses in little known towns. Thus, creating more avenues to deliver quality education. The advent of foreign institutions will fuel competitive spirits of both public as well as private universities. Closer collaborations between universities, multi-disciplinary studies, extensive research facilities and increased partnerships between faculty members will ensure the taught curriculum is more job-oriented. As studies become more job-oriented, we will witness India developing into a major business destination. Already we are observing an increased interest from foreign students to pursue internships in India. Given enough challenging opportunities, I am sure these students would be more than willing to build their careers here.

Developing Tier II – III regions: Any government’s biggest challenge towards development is its ability to make accessible key resources across regions. The developed world has achieved this distinction. Every town is well connected, provides basic amenities and preset minimum living standards. These towns become self-sustainable by highlighting at least one USP – be it a famed school campus or industry hub or an attractive tourist destination. The ‘smart cities mission’ launched by GOI in 2015 aims to develop such sustainable and citizen-friendly eco-system in India. The prestigious IITs and NITs established in 2nd tier cities have raised overall economic index of their regions. Similarly, entry of foreign universities can assist in development of other hitherto unknown towns where land acquisition costs will be minimal. The aim should be to lessen the burden on key metro cities by creating economic and employment opportunities across the country.

Tourism: Today very few countries can match up to the rich and culturally diverse history that India holds. GOI must harness the power of tourism and influence international students to choose India as their study destination. Put a special impetus in restarting stalled and often-overlooked projects within tourism industry. Every state in India has an enviable past that commands a retelling. The world wants to learn about India. Emphasis must not only be on highlighting the history but also in formally teaching it. Thus increasing employment prospects among local experts in history.

This NEP 2020 is truly an ambitious project. GOI is correct in wanting to provide quality education to its student generation. Indians are natural learners, who have travelled far off and excelled in various parts of the world. Together, we can bring a sea of improvement in coming years.

Author is Nilesh Gaikwad - Country Manager at EDHEC Business School, France & can be reached at nilesh.gaikwad@edhec.edu

Tweets by @forbesindia
M&A: India's top 10 deals till date, and of 2020
Photo of the day: JEE Mains begin with new norms