Gandhi was able to see patterns in his own life, in simple things like telling a lie, his relationship with his father, or eating non-vegetarian food 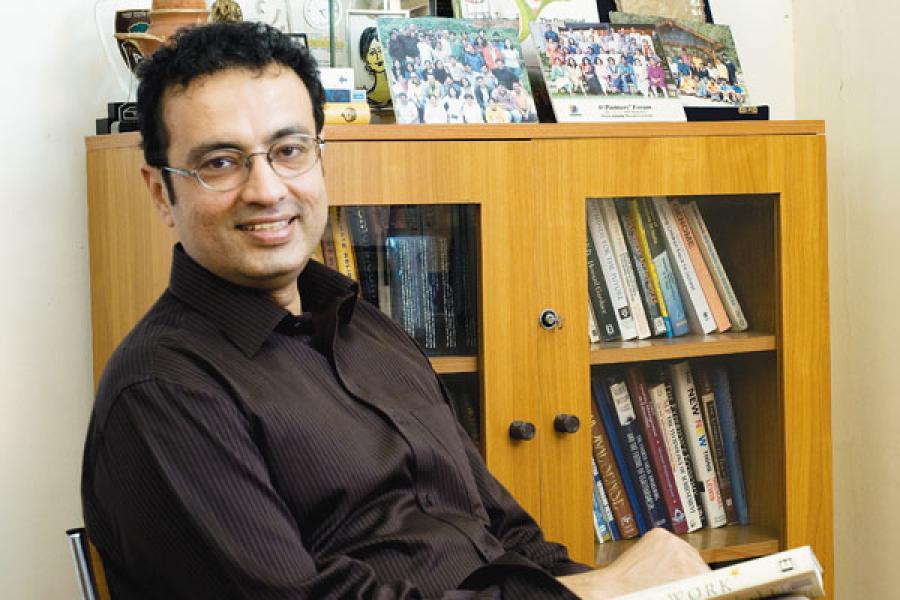 I am currently reading Malcolm Gladwell’s What the Dog Saw (WtDS), a collection of essays mostly from his writings in The New Yorker. Gladwell is a genius at identifying and explaining patterns in social phenomena, many of which are counter intuitive. Earlier, in Blink, he persuaded us that split second interactions and judgements are a valuable source of highly reliable information.

In Outliers he re-explains genius as being less about your genetic make-up, more about the essential “10,000 hours” we need to put in to attain exceptional proficiency in a domain. In WtDS Gladwell examines an entire range of intriguing questions from  “is talent overrated ?” to there is really only one kind of  ketchup but so many different varieties of mustard sauce in the US. In the latter he goes deep inside the whole chemistry of ketchup, and how it’s a unique food that satiates all five fundamental  tastes — sweet, sour, salty, umami, and bitter. He certainly cannot be accused of taking ketchup lightly! Gladwell brings an objective yet involved way of decoding patterns, which I think is essential in effecting any social change — which is what we are attempting to do in trying to bring change to India’s one million schools.

Howard Gardner is the  famous Harvard psychologist who wrote the seminal Frames of Mind, where he introduced the theory of multiple intelligence, saying intelligence is not unitary or single capacity, but actually could be of seven (now nine) different types. The theory was based on significant research with patients with damaged brains, who had lost some capabilities but retained others. For example, those who couldn’t talk but could still play music or hum a tune. The theory has been warmly embraced by the world of education over the years, and as a result increased the focus on children’s strengths rather than their weakness. His more recent Good Work examines why some domains are more amenable to good work (high quality, high ethics) while others are not. For example, biotechnology is an area where patients want new cures and solutions, scientists want to work on new innovations, and business owners want to profit from these innovations. Hence the three stakeholders are “aligned”.

Journalism, in contrast, is an area where there is poor alignment. While the best journalists do great stories about war, famines and poverty, the majority of the public would rather read about the stock market and scandals, and publishers would much rather spend on what will generate eye-balls and advertising than quality writing. Gardner’s influence has been more personal, as a teacher and mentor, his work and words have guided my understanding of the mind, education, and of children.

Finally, Gandhi’s My Experiments with Truth continues to be my all-time favourite. It’s a simply-told narrative of growing up, about thinking and reflecting on your own life’s experiences. Gandhi was able to see patterns in his own life, in simple things like telling a lie, his relationship with his father, or eating non-vegetarian food.

He used each of these opportunities to understand himself better.

I rediscovered Gandhi in my 20s, in my search for a defining principle in my life. And though I fail everyday, I think in truth I have found that anchor. I have read this book at different points of life and each time I have derived new insight from it.

(As told to Malini Goyal)

Ex Libris features business leaders on the books that influence them.