BMW's Andreas Schaaf: What They Say About India Is Only Semi-True 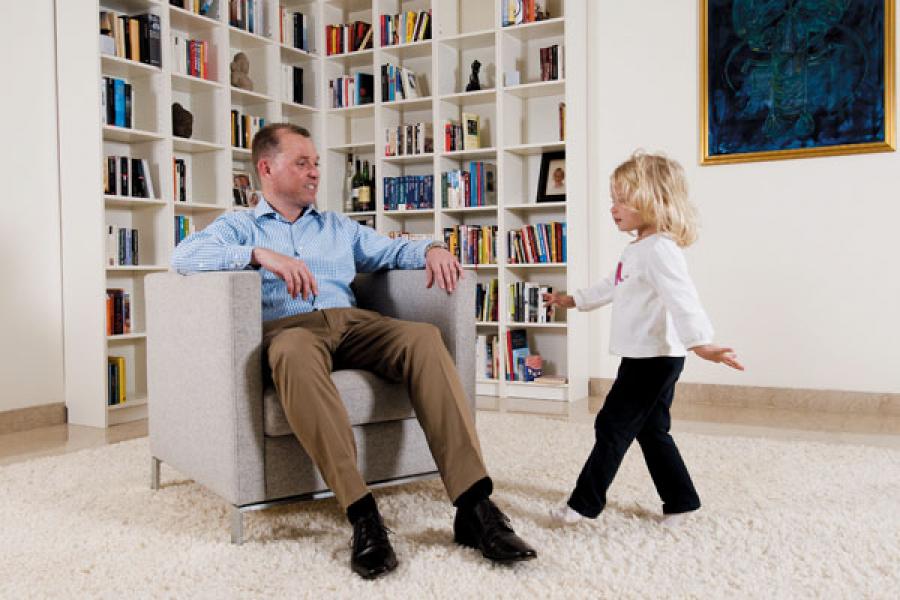 
When I look at India, specifically BMW in India, I find a lot of similarities between this country and Korea, which was my last assignment. Within a few days, I was able to make business decisions on promotional materials for the cars, ordering and dealer development issues. The reason for this is that even though people might have been a bit different, in principle, it was very similar.

I did an inter-cultural training programme before I came to India where the teachers explained about the behaviour here. However, I have not come across any of the difficulties they spoke about.

I think all the things they tell you are based on traditional views of the country and don’t happen in our company. Even without knowing the system or dealers, there was a natural adjustment. The good thing in India is that people are more open and emotional than in Korea; so it is a lot of fun working with them.

In Korea, I knew that I had to invite all the employees at least once a month for dinner and drinks. The country is geared in such a way that if there is an issue, it is tackled after business hours. Once you drink, you connect on a deeper level, after which you can address the problem. At the inter-cultural sessions, they told us that this is not the case in India and that you shouldn’t go out with any junior or associate as it would not look proper.

Another thing they warned me about was that in India, when people say something is ready, it means that it is only 50 percent finished. It is absolutely necessary to ask about the progress of the work. Always! I think this is semi-true. From a German perspective, it is the other way around. You will have one meeting, discuss the plan and if you don’t hear from the other person, you expect the work to finish within the timeline.

Language, however, is a big benefit in India. For my family, it is convenient because it is an English speaking country. In that sense, we adjusted to India much faster than we did to Korea. My wife is a medical doctor by profession. With the language issue in Korea, it would not have been possible to work. In India this is not a problem and she is looking for any professional opportunity now. She is fluent in English; so working here is not going to be a problem for her.

In other aspects of life however, Korea is much easier. It has amazing infrastructure, from airports to public transport and IT connections. If you face a problem at home, somebody will turn up immediately and fix it.

Let me give you an example. Every morning I go from Delhi to Gurgaon. This place is designed for foreign companies with huge industrial areas. They have built this beautiful office area where most international players are present but unfortunately they missed building roads, so it is difficult to get to your building. There are 150,000 people working there but nobody can reach their office easily. And this has been the case for the last four years. In Korea it would have been a matter of national shame.

During the G20 summit in Korea last year, there were signs everywhere about how people should behave — such as smile at the foreigners or offer them your seat on the subway. The mayor of Seoul with the government did it to make the country look as professional as possible. You would not imagine anything like this happening in India because the country is not designed that way.

Also, in India every city seems different in terms of lifestyle and character. Pune, Hyderabad and Bangalore are all unique. There is a big contrast between Mumbai and Delhi. Mumbai is a glamorous place where people have a more sincere, sensible lifestyle. Delhi to me seems like a place that has developed extremely fast over the last few years but still has this seriousness about it while Mumbai seems more lively and outspoken. In Delhi, you spend most of the evenings inviting friends at home. In Mumbai there are more hot spots. But with two very small kids, I must say that I am not missing the night life very much.

Coming from Germany, where everything has order and structure, India is almost the opposite. There is nothing of the sort here and it is a relatively chaotic place. I think my family went through a learning experience while getting settled here because it takes time getting used to it. You need to accept the country and the people’s behaviour. We are now adjusting very well, but from my point of view, it has been one of the most challenging assignments of my life.