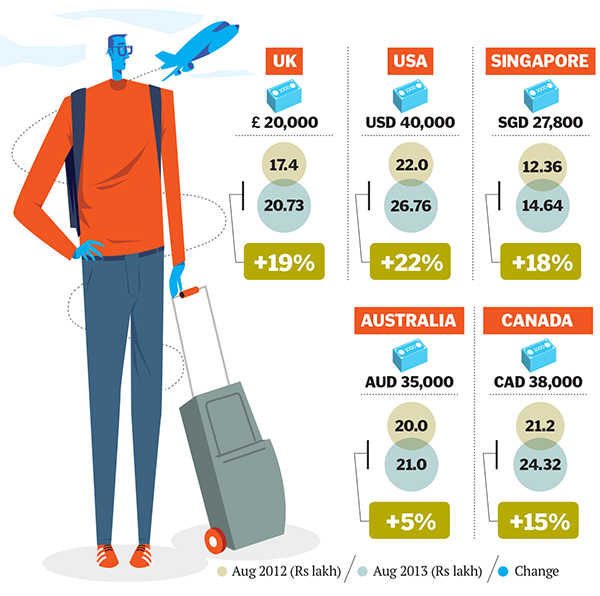 The falling rupee has played havoc with thousands of foreign higher education aspirants from India, making a degree from a US college one of the most expensive. But degrees from universities in other countries are not as dear.

We take a look at the average cost of a Masters degree in mechanical engineering (per year) in a few other countries, apart from the US.

Tuition fees in most universities have increased between academic years 2012-13 and 2013-14.

Also, state-funded universities in the US have lower fees than private ones. For instance, while University of California, Berkeley charges $31,434 for a year, Massachusetts Institute of Technology charges $41,770.